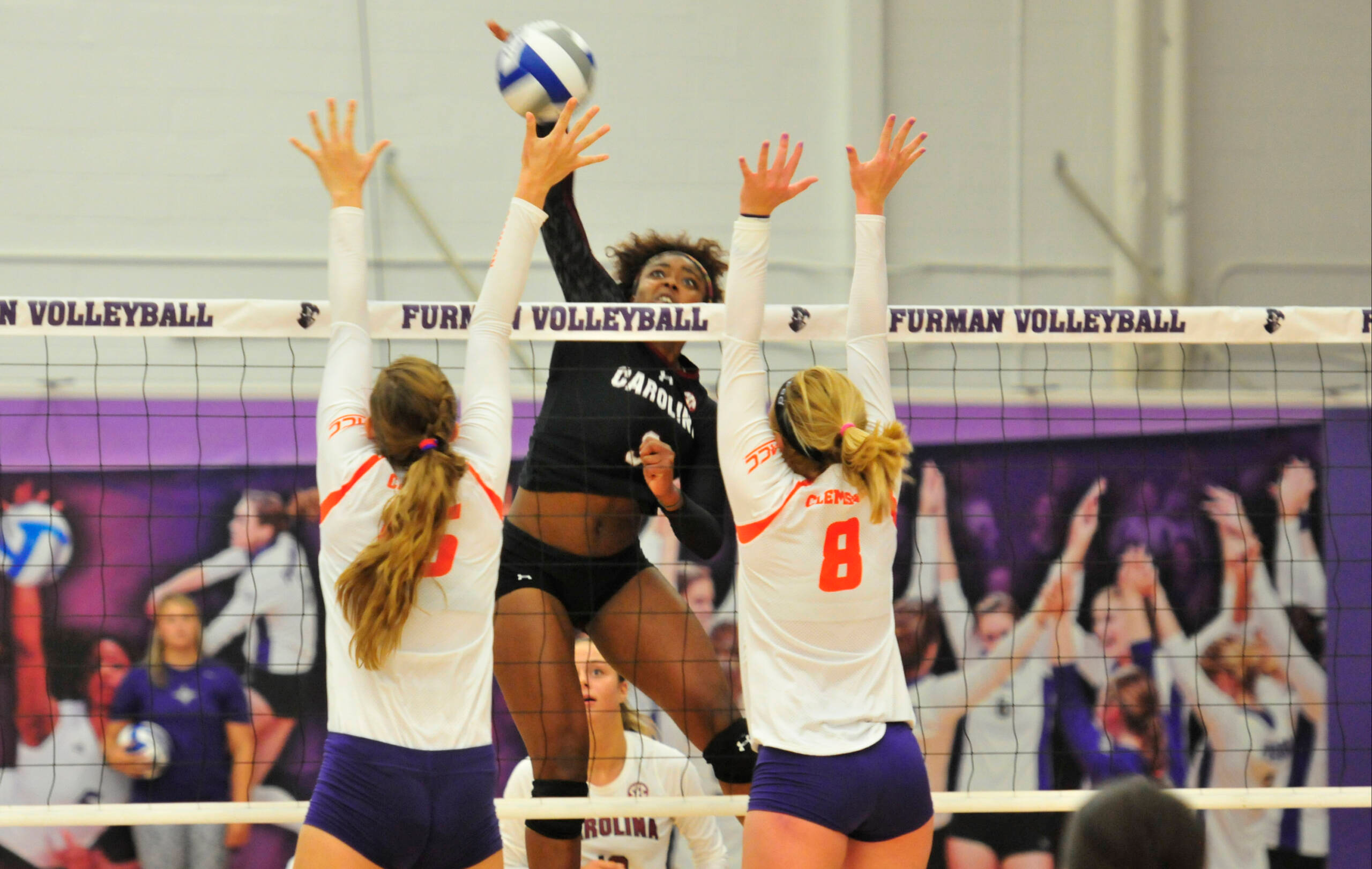 Rebels Hold off Gamecocks in 3-1 Decision

In the first set, the Gamecocks would find themselves in command early and often, but had trouble putting the finishing touches on the Rebels. After taking an early 12-5 lead, Carolina would see its lead whittled down to three, 14-11. The Rebels would storm back from a 17-12 deficit later on and took their first lead on the back of a 8-0 run. The Gamecocks were unable to swing the momentum back and dropped the set 25-23.

Needing to rebound, Carolina took an early lead in the second set, but as the game wore on the versatile Rebel offense would take control again. Slowly but surely, the home team would pull away late, as the Gamecocks were unable to match consistently on the attack. Ole Miss finished the set hitting .452 to Carolina’s .088 and went into halftime up 2-0.

A focused Gamecock offense emerged from the locker room and jumped on Ole Miss to start the third set. Behind four service aces and a .357 hitting percentage, Carolina led wire-to-wire and won a convincing 25-17 decision. Its lead would grow as large as ten points, 18-8, with Legros hitting strong from the pins and back row and Jacqy Angermiller finding a groove through the middle.

Through the first 26 combined points in the fourth set, neither team would lead by more than two points and both side would hold leads. Ole Miss broke through with an unassuming but pivotal run to take an 18-14 lead and force a timeout. The Rebels appeared to have the match put to rest, up 24-18 later on, but the Gamecocks put the pressure on with a 5-0 run before being closed out.

Key Stat
The Rebels had four players with ten kills or more in the match, led by Ty Laporte’s 15. A native of Irmo, S.C., Laporte hit for .583 in the match.

Notable
â€¢ Aubrey Ezell finished with five aces in the match, becoming the first Gamecock since Cara Howley in October of 2012 to have five or more in a single match
â€¢ Friday was Dessaa Legros’ fifth game of the season with 15 or more kills in a match. It snaps a three-match stretch where she only averaged 4.67 kills per match and battled a sore hitting wrist.
â€¢ Aside from her career best in aces, Ezell also went for a new best with 50 assists. She is the first Carolina setter since Kellie McNeil in October of 2013 to break the 50-assist barrier.

Up Next
The team’s trip to the Magnolia State continues Sunday, when the Gamecocks travel to Mississippi State for a noon match that will air nationally on the SEC Network. The Bulldogs are coming off a 3-0 loss at Kentucky on Friday.