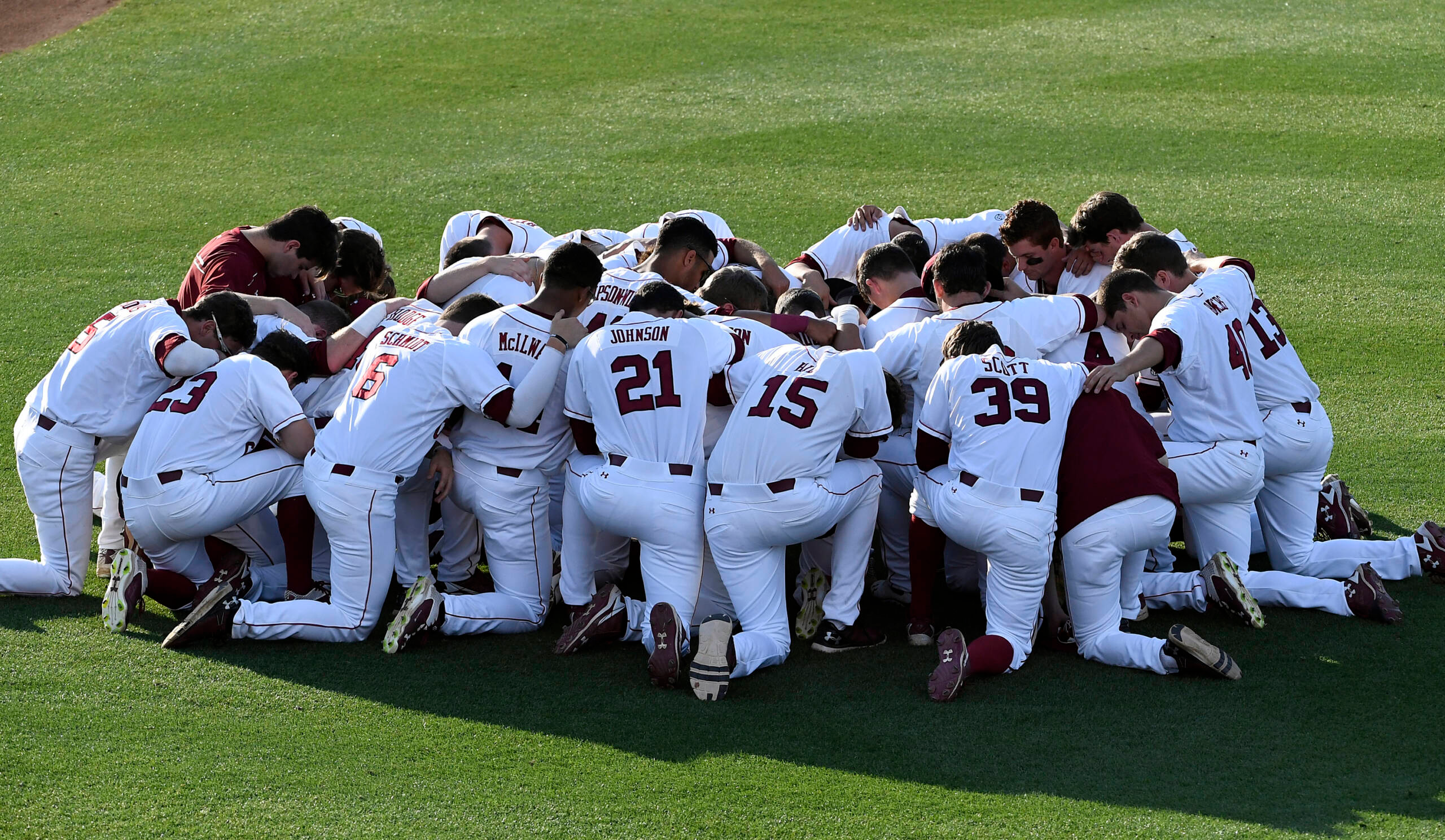 HOOVER, Ala. – Ole Miss jumped out to an early five-run lead and a three-run homer by Henri Lartigue in the eighth inning helped lift the Rebels to a 10-4 win over South Carolina on Wednesday afternoon at Hoover Metropolitan Stadium. The Gamecocks are now 42-14 with Ole Miss now 42-16 on the year.

Ole Miss went ahead 2-0 in the top of the first inning. Tate Blackman reached base on a two-out single and scored on J.B. Woodman’s RBI double to right field. On the play, South Carolina shortstop Marcus Mooney looked to throw out Blackman at home but his throw was low and past catcher Chris Cullen. It then went into the dugout and allowed Woodman to score.

The Rebels increased the lead to 5-0 in the third inning. After a hit batter and a walk, Lartigue would drive in a run with a RBI single with a second run coming in on a fielding error by center fielder Dom Thompson-Williams. Lartigue would score as grounder by Colby Bortles bounced off third baseman Jonah Bride and into left field.

The Gamecocks got on the board in the bottom of the third inning with a pair of runs. Chris Cullen reached base on a leadoff walk and Mooney reached base with two outs on a hit by pitch. Alex Destino would drive both in with a two-run double off the wall in right-center, just missing a homer to cut Ole Miss’ lead to three runs.

Ole Miss extended it back to five in the top of the fifth inning. Woodman and Lartigue each singled with one out and scored on Bortles’ one-out double to left-center.

Carolina crept to within three again with a pair of runs in the seventh inning. Gene Cone led off with a double to left field. Marcus Mooney would then reach base on an infield single. On the play, third baseman Colby Bortles fielded cleanly the high chopper, but threw wide of first allowing Cone to score from second base. With two outs and Mooney on second, Bride belted a RBI single up the middle cutting Ole Miss’ lead to 7-4.

Lartigue would put Ole Miss ahead by six in the eighth inning with his fourth hit of the day, a two-out three-run homer to right field.

GAME CHANGER
Ole Miss scored three runs on one hit in the top of the third inning to extend its lead to 5-0.

KEY STAT
The Gamecocks entered Wednesday with a .980 fielding percentage, the second-best fielding team in the SEC, but committed a season-high five errors, only the second time this season to commit three or more errors in a game this year.

NOTABLES
Wednesday afternoon’s loss marked only the fifth game this year that Carolina has lost by five or more runs.

Gene Cone, Madison Stokes and Jonah Bride each collected multi-hit games for the Gamecocks. Cone was 3-for-5 with a run scored, Bride 2-for-5 with a RBI and Stokes 2-for-4 at the plate. Mooney was also 1-for-3 at the plate with a pair of runs scored. Destino drove in two runs.

QUOTABLE
Head Coach Chad Holbrook
“You have to congratulate Ole Miss. They played a better game than we did today. We have to get back to doing what we do well, which is pitch and play defense. They got momentum on their side from the get go and we were playing uphill the rest of the way.”

UP NEXT
South Carolina will face third seed Texas A&M in an elimination game on Thursday morning. First pitch is 10:30 a.m. ET. The game will be televised live on the SEC Network and can be heard on the Gamecock IMG Network including flagship station, 107.5 FM, “The Game.” The Gamecocks will send freshman RHP Braden Webb (10-4, 3.33 ERA) to the mound with Texas A&M countering with sophomore RHP Brigham Hill (7-1, 2.04 ERA).