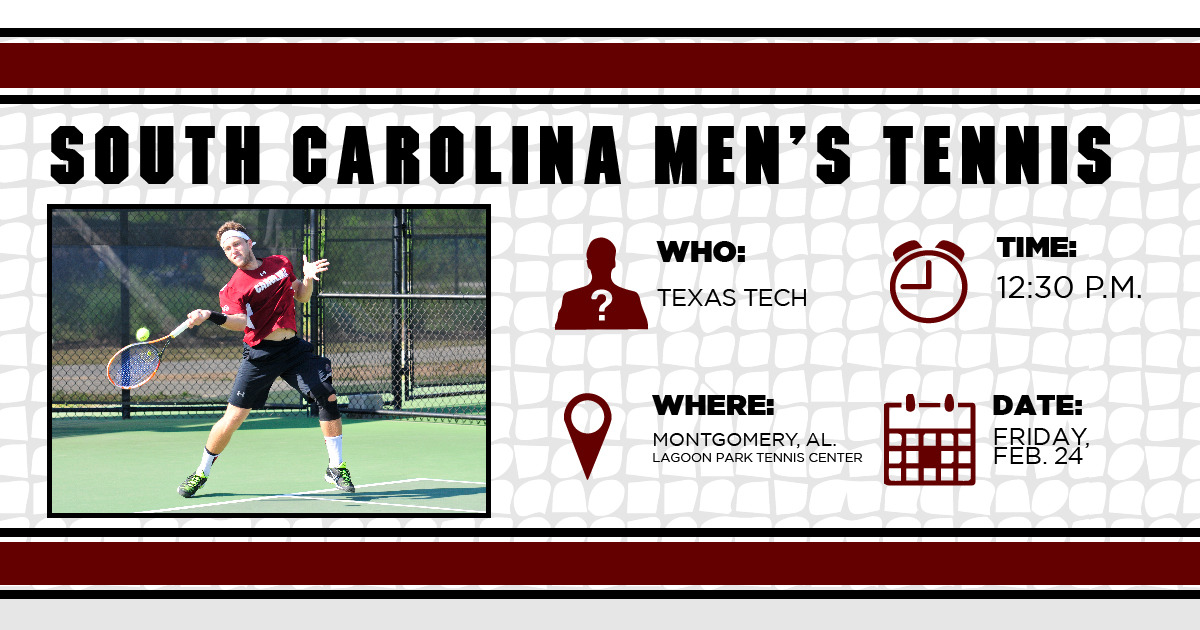 COLUMBIA, S.C. — No. 16 South Carolina men’s tennis will face Texas Tech in the first round of the Blue Gray National Tennis Invite Friday, Feb. 24 at 12:30 p.m. in Montgomery, Alabama at the Lagoon Park Tennis Center.

The Gamecocks received a No. 1 seed after being ranked No. 16 in this week’s Oracle/ITA national team rankings. No. 46 Rice University received the No. 2 seed with Alabama, Auburn, Princeton, Virginia Tech, Boise State and Texas Tech filling out the tournament pool.

Head Coach Josh Goffi: “We are really honored to have been invited to play in the Blue Gray. It’s a special tournament because of the community involvement and because of its long and rich history. So many great teams and players have participated in the Blue Gray, including my father back in 1971 with his team from Corpus Christi.

The ranking we received is nice but there’s a lot of season left and a lot more to gain. Every day we will try to improve as individuals and as a team so we can be ready to play our best in May.”

The Gamecocks will play the winner of the Auburn vs. Princeton match, with the doubles portion being played Friday, Feb. 24 and the singles on Saturday, Feb. 25 to determine who will move on to the final of the Blue Gray National Invite to be played Saturday.