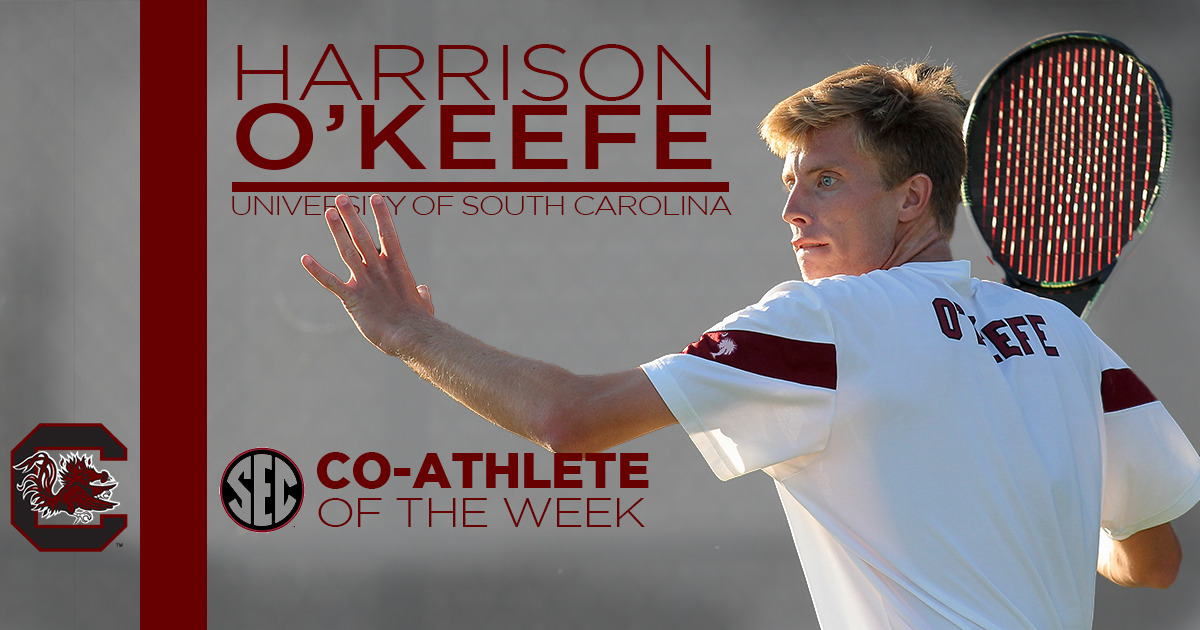 COLUMBIA, S.C. — South Carolina men’s tennis junior Harrison O’Keefe has been named SEC Co-Athlete of the Week, the league office announced Wednesday. The SEC weekly honor is the second of the season for the Gamecocks and comes after O’Keefe helped South Carolina improve to 14-4 overall on the season and 3-2 in SEC play.

O’Keefe, ranked No. 88 nationally, put together two impressive wins on the weekend over SEC opponents. He notched his second win over a ranked opponent with his three-set battle over No. 24 Jose Salazar of Arkansas to clinch the match. O’Keefe’s high level of play continued in Sunday’s match when he defeated Ricardo Jorge 4-6, 6-2, 6-1 in the No. 2 spot to clinch the match and give the Gamecocks their first road victory over Ole Miss since 1993.

In doubles play, he added a 2-0 record on the weekend with teammate Yancy Dennis to improve his doubles record to 12-4. His 12 doubles victories are tied for the most on the team.

The Gamecocks will return home to host No. 41 Vanderbilt Friday, March 24 and No. 23 Kentucky Sunday, March 26. Admission and parking for all home tennis matches is free of charge.