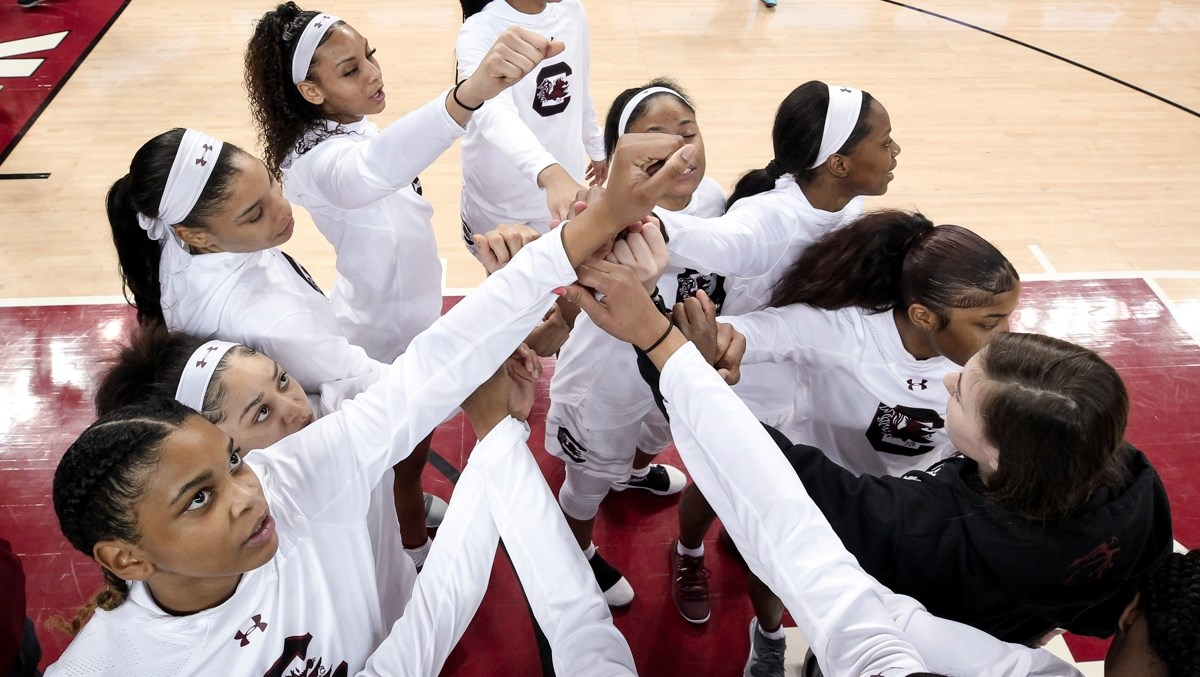 STARKVILLE, Miss. –In its fourth top-10 game of the season, #15/20 South Carolina women’s basketball fell to #7/6 Mississippi State (17-1, 5-0 SEC) 89-74 in Starkville Thursday night. The Gamecocks (12-5, 4-1 SEC) shot an impressive 58.6 percent from the floor in the first half and entered the fourth quarter within one point, but saw the Bulldogs’ rebounding and free throw shooting deliver a score not indicative of the competitiveness of the game.

Te’a Cooper led the Gamecocks with 27 points while tying her season high with six assists and grabbed five rebounds in 38 minutes. Tyasha Harris tied her career high of four threes in the game, sinking 4-of-8 from distance, finishing with 17 points and four assists while playing all 40 minutes. Mikiah Herbert Harrigan battled through foul trouble to finish with 12 points, her fifth-straight game in double figures.

Carolina continued to shoot well from the floor in the second quarter, stretching out an 8-0 run that started in the first quarter to tie the game on an and-one from Cooper. Later in the quarter, a 7-0 Gamecock run started with a Bianca Jackson three and was extended by jumpers from Harris and Cooper to give the Gamecocks their largest lead of the first half at six points. Mississippi State used a 10-0 run and scored 14 of the last 18 points of the first half to take a 48-43 advantage into the locker room.

Mississippi State used an 11-2 run at the start of the fourth quarter to take back control and kept Carolina at bay the rest of the game.

GAMECHANGER
The Gamecocks remained close in the opening portion of the fourth quarter, but a three from Andra Espinoza-Hunter extended the Bulldogs lead to eight with 7:16 to go, helping keep the Gamecocks at bay for the remainder of the game.