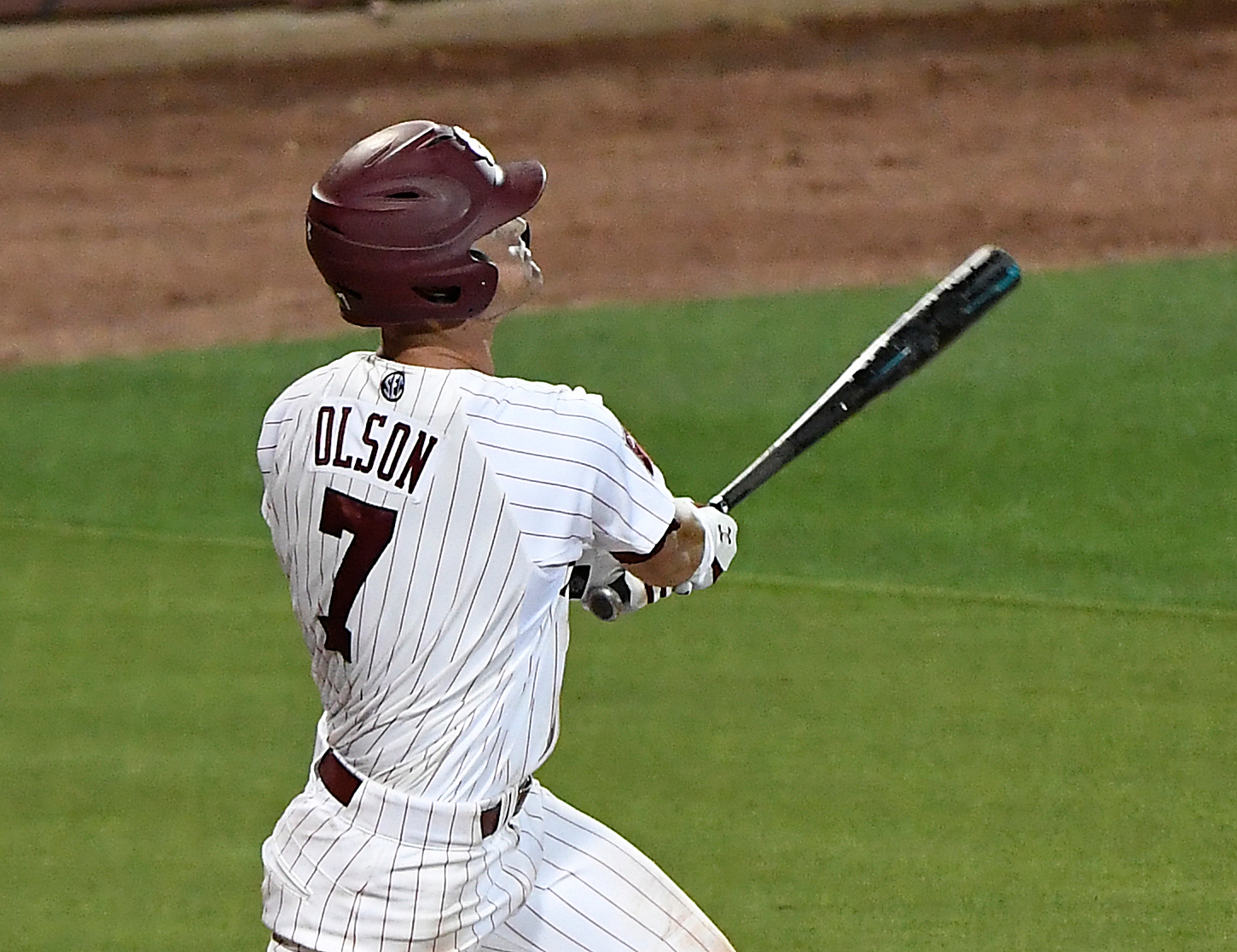 The Gamecocks had home runs from Luke Berryhill and Jacob Olson in a 22-11 loss.

COLUMBIA, S.C. – Vanderbilt scored five or more runs in three separate innings, including a nine-run sixth, in a 22-11 win over the University of South Carolina baseball team Friday night (May 3) at Founders Park.

After a scoreless fifth, the Commodores put up nine runs in the sixth, sending 14 men to the plate, taking advantage of five walks and a hit by pitch. Vanderbilt then scored five runs in the seventh inning, highlighted by a Julian Infante grand slam. Carolina scored a run in the seventh on Jordan Holladay’s RBI double, then put up two in the eighth on a Berryhill sacrifice fly and Olson RBI single.

Hopkins led Carolina’s offense with three hits and three runs scored. Olson and Berryhill had four RBI apiece and Holladay had a pair of hits. For Vanderbilt, Infante and Austin Martin had three hits apiece, while Infante drove in six.

The loss went to Dylan Harley, who allowed five runs on two hits with four strikeouts. Daniel Lloyd started the game for Carolina, giving up six runs and six hits with three strikeouts in 3.1 innings.

Carolina battled back to tie the game at eight in the bottom of the fourth, but a nine-spot in the sixth by Vanderbilt put the game out of reach.

Carolina walked 11 batters on the night and had two hit by pitches.

Carolina and Vanderbilt will play game two of the three-game set Saturday night (May 4) with first pitch at 8 p.m. The game will be televised on ESPNU and the Gamecocks will retire the jersey of Earl Bass before the contest.