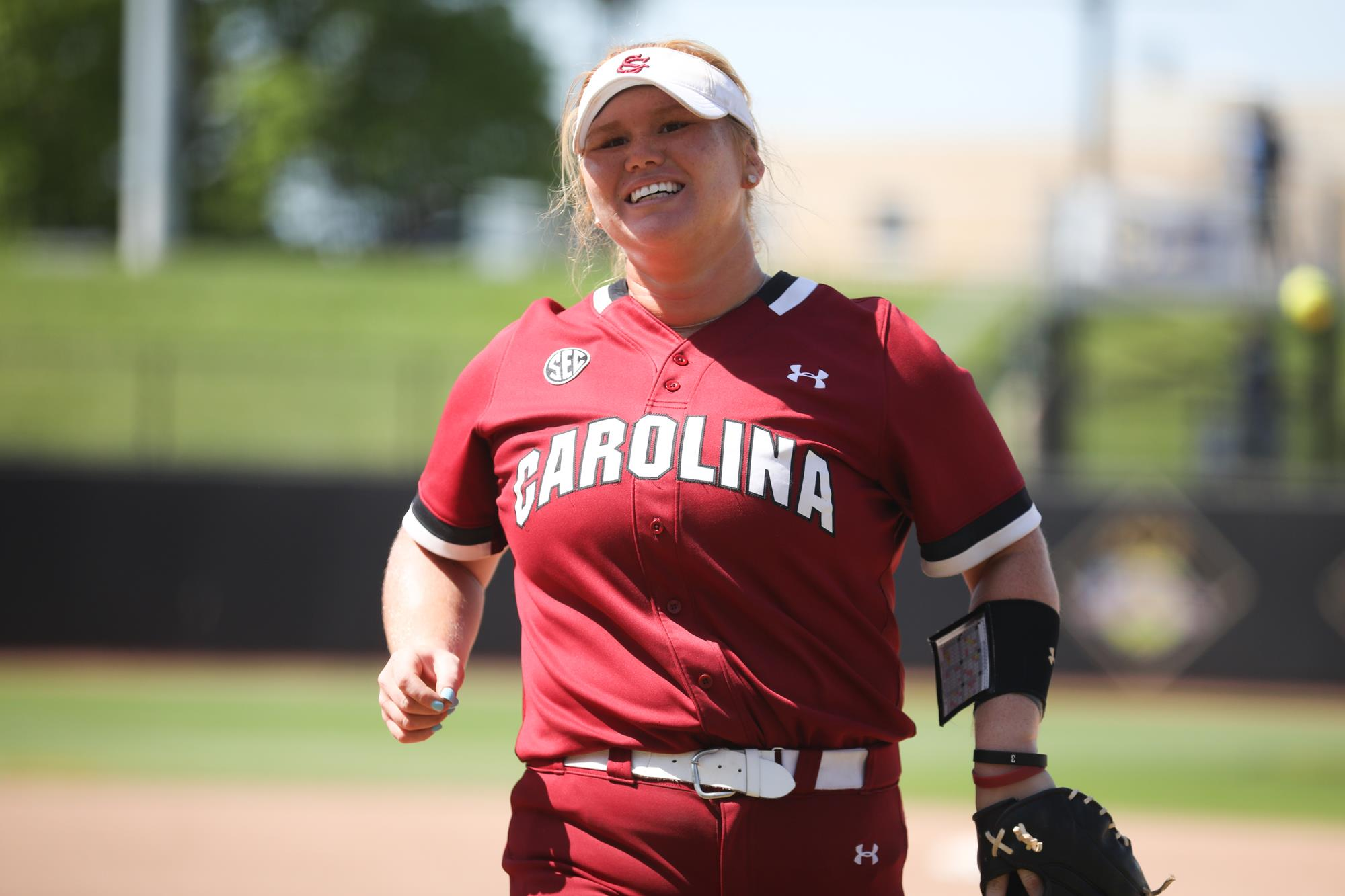 Carolina heads to SEC Tournament as No. 11 Seed

COLUMBIA, Mo. —- No. 16 South Carolina softball posted four runs in the first inning and never looked back in a 5-2 victory over Missouri on Sunday at Mizzou Stadium in the series finale. Carolina held Missouri scoreless six of the seven innings on its way to earning the win in the final game of the 2019 regular season.

Jana Johns homered her first at bat for second time in her past three games just two batters into the Sunday contest to tie the school record for homers in a single season with 15.

The pitching duo of Kelsey Oh and Cayla Drotar held Missouri to two runs with eight strikeouts in seven innings of action.

With the win, the Gamecocks secured the No. 11-seed heading into the Southeastern Conference Tournament next week in College Station, Texas.

South Carolina (36-16, 9-14 SEC) continued its habit of scoring early as Johns blasted a ball over the wall in left to give Carolina a 1-0 lead just two batters into the Sunday finale. A Lauren Stewart sacrifice fly out and two-RBI double off the bat of Kenzi Maguire pushed the Carolina lead to 4-0 through one.

Both teams traded scoreless innings in the second and third before Missouri made a push in the bottom of the fourth. The Tigers (32-22, 12-12) plated two runs in the bottom frame to cut the Gamecock lead to 4-2 through four.

Carolina didn’t panic and instead scored an addition run in the top of the fifth thanks to Karly Heath’s single to extend the advantage up to 5-2 through five innings of action.