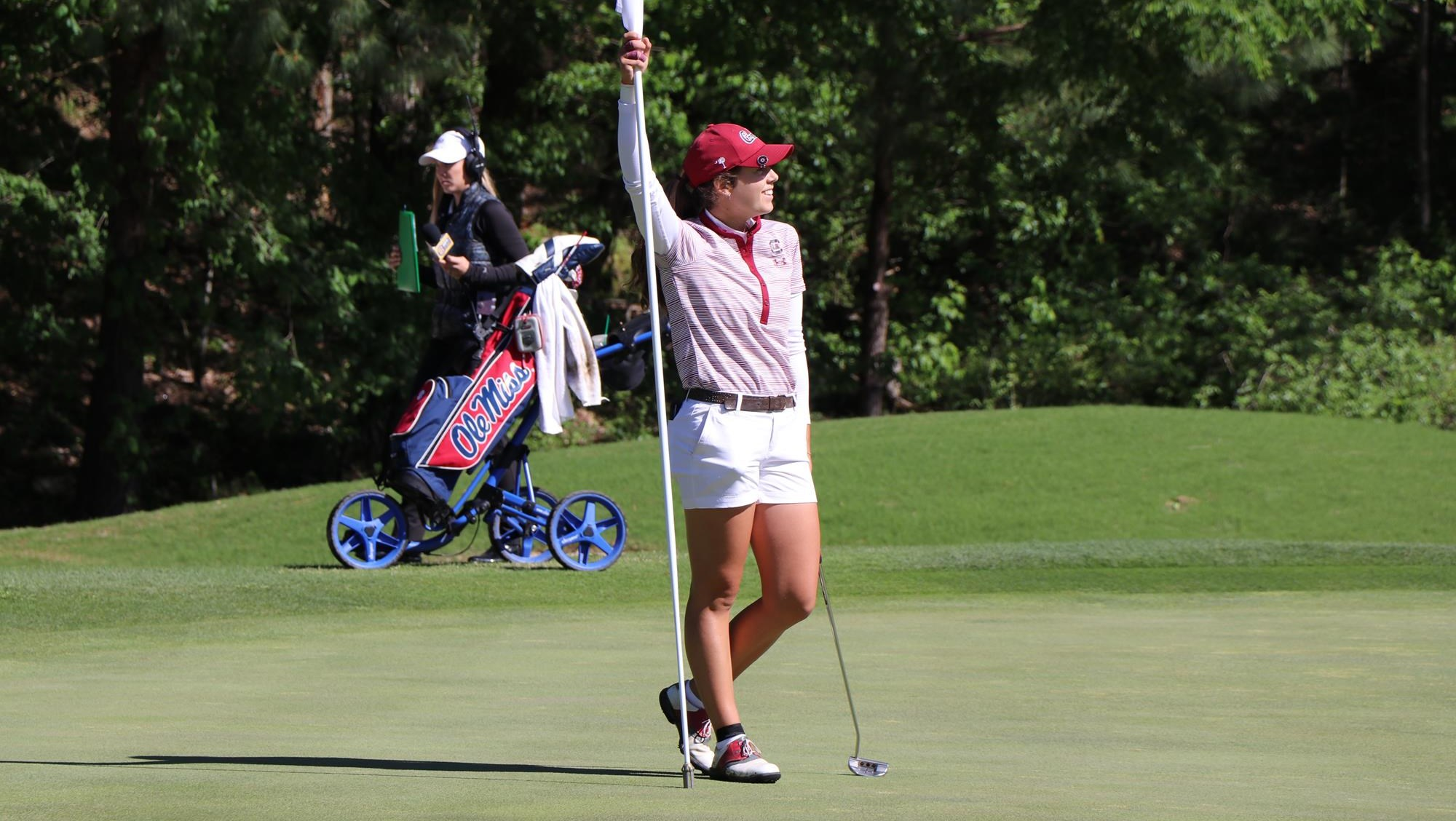 CLE ELUM, Wash. – No. 9 South Carolina women’s golf is set to compete at the NCAA Cle Elum Regional this week at Tumble Creek Golf Club. The 54-hole event, which takes place May 6-8, features an 18-team field. The top six teams from the Cle Elum Regional will advance to the 2019 NCAA Championship. Carolina, the No. 3 seed in the region, will aim to capture its fourth NCAA Regional Title in the past five years.

“We are really upbeat, and really loose,” South Carolina head coach Kalen Anderson said. “The vibe is really good and the comradery is awesome. We’re excited, I think we have a little chip on our shoulder after a tough loss at the SEC Championships. We’re ready to go, everyone is playing good top to bottom in the lineup.”

This year marks Carolina’s 26th NCAA Regional appearance. The Gamecocks have finished atop the leaderboard at their NCAA Regional five times in the last nine years, capturing the NCAA East Regional in 2010, 2012 and 2015 before winning the 2016 Baton Rouge Regional and 2017 Columbus Regional. Carolina junior Ana Pelaez won the individual title in Columbus last spring, while senior Marion Veysseyre will be making her fourth appearance at an NCAA Regional.

Six teams ranked inside the top 25 by Golfstat will be in action at Tumble Creek. No. 1 Southern California, No. 8 Arkansas and No. 9 South Carolina mark the three top-10 schools in the field, while No. 16 Northwestern, No. 19 Washington and No. 23 Miami (FL) round out the list of ranked participants. This is the second-straight season South Carolina has been matched with the No. 1 overall team at its regional. Tee times for the Gamecocks, who are grouped with Southern California and Arkansas, can be seen below:

South Carolina earned runner-up honors at the 2019 SEC Championship after falling to Ole Miss 3-2 in the match play finals on Apr. 21. The Gamecocks had three individuals in the top 10 during the 54-hole stroke play portion of the event, headed by Lois Kaye Go and freshman Emily Price tied for fifth. The three top-10 Carolina student-athletes is the most at the SEC Championships in program history.  All five golfers grabbed top-35 showings for the Gamecocks, who earned the second seed in the eight-team match play bracket at Greystone Country Club after finishing just two strokes off the top spot with a three-round mark of 865 (+1).