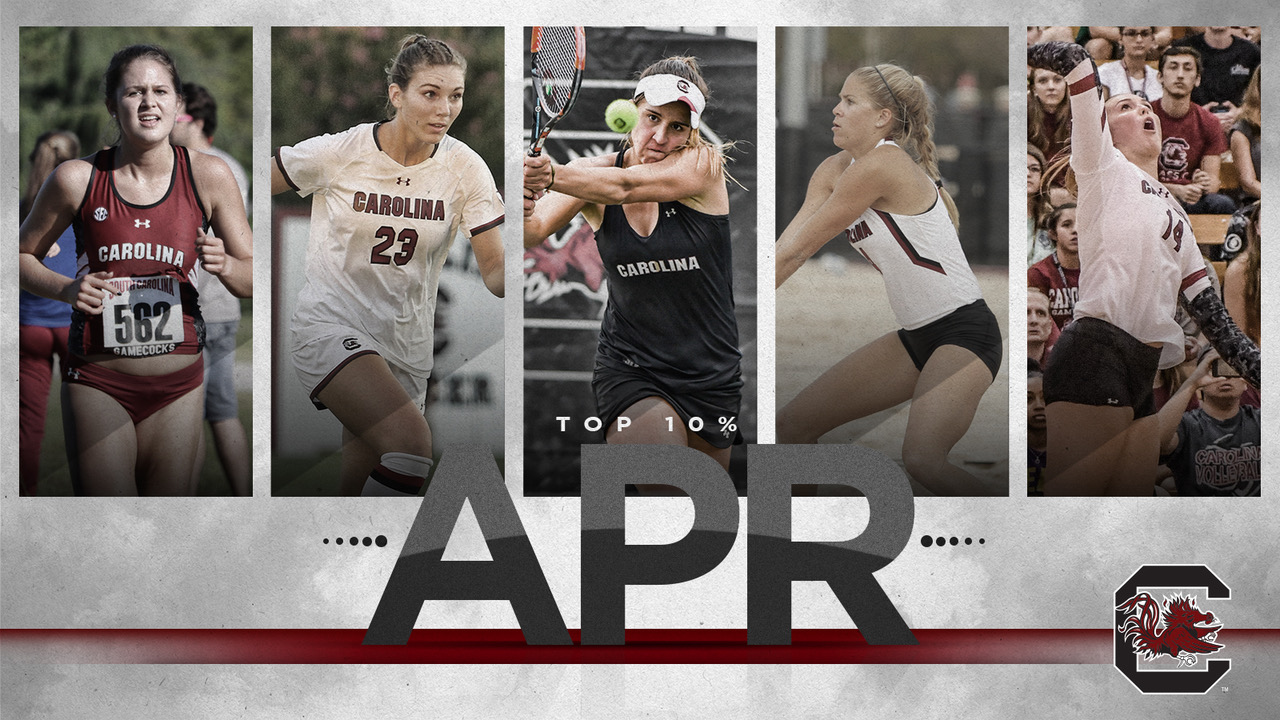 All of the University of South Carolina’s countable intercollegiate sports posted a multi-year score of 950 or better for the eighth-consecutive year, according to the Academic Progress Rate (APR) statistics that were released today. Fifteen sports recorded multi-year APR scores of 980 or better.

“Our student-athletes work extremely hard, not only in their respective sports, but also in the classroom,” said Athletics Director Ray Tanner. “These APR numbers are indicative of the commitment made by the student-athletes, as well as our coaches and academic support staff. I’m thrilled to see our student-athletes have continued success both on and off the field.”

Twelve sports scored a perfect single-year score (1000) for the 2017-18 campaign. Men’s Track & Field led the pack in single-year improvements with a jump of 39 points from 961 in 2016-17 to 1000 for the 2017-18 academic year. Women’s Cross Country and Volleyball registered perfect single-year scores for the fifth straight year. An impressive five teams were recognized by the NCAA for earning multiyear Academic Progress Rates in the top 10 percent of all squads in each sport.

“I am extremely proud of the success of our student-athletes in the classroom. These APR numbers show our students continuous commitment to strive towards graduation,” noted Maria Hickman, Senior Associate Athletics Director for Academics and Student Development.

The APR is a point system based on scholarship student-athletes’ eligibility and retention for a pre-determined four-year time period. NCAA sports falling below the established point Multi-Year cutoff (930) may be subject to penalties including scholarship reductions. For purposes of APR reporting, beginning with the 2014-2015 cohort, indoor & outdoor track & field teams are combined. The data released on Wednesday includes the scholarship student-athletes on rosters from the 2014-15, 2015-16, 2016-17, and 2017-18 academic years.