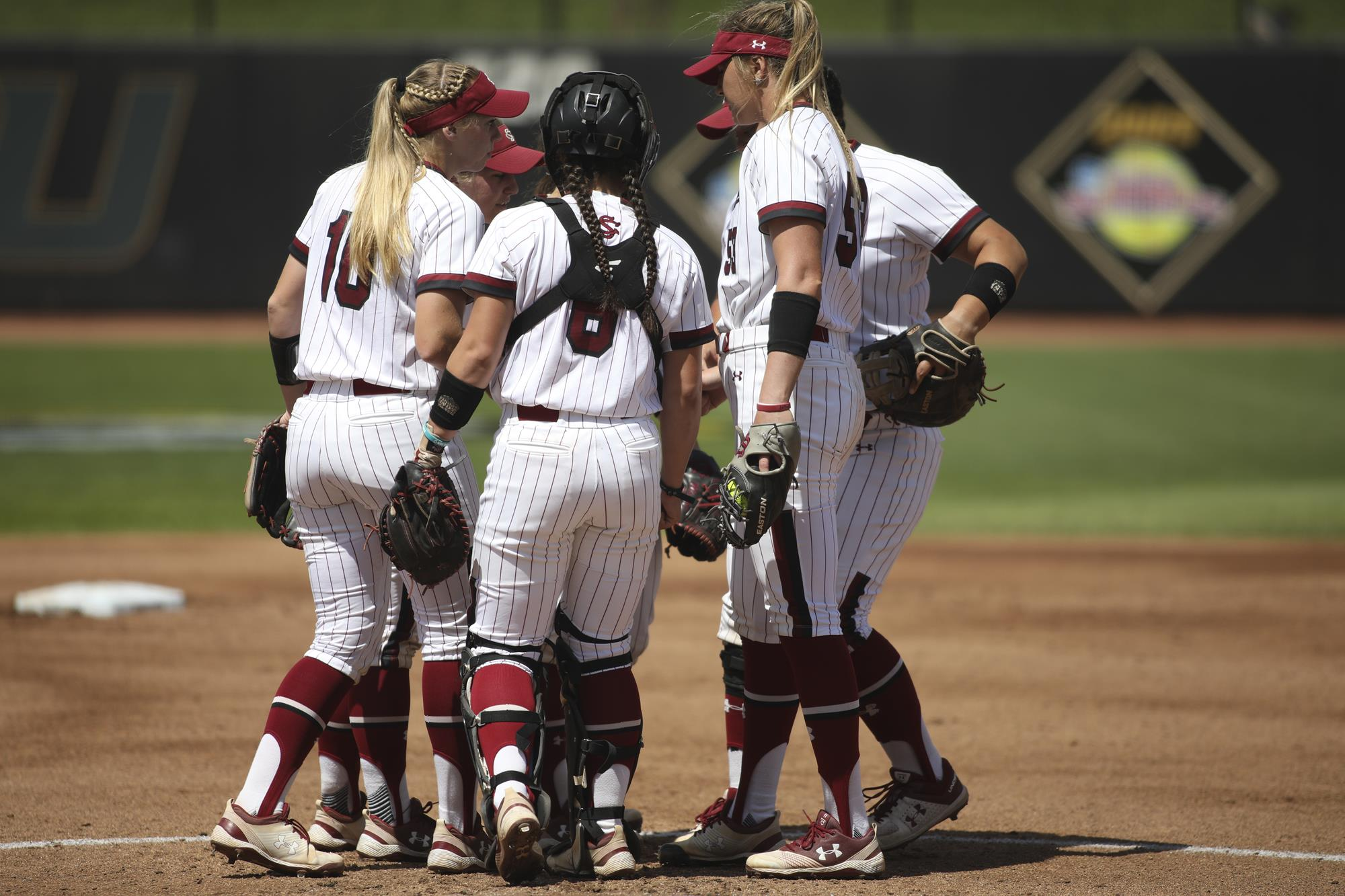 COLLEGE STATION, TEXAS —– No. 20 South Carolina softball scored its most runs against No. 9 Florida in nearly 20 years but ultimately dropped a crushing 6-5 game in the opening round of the SEC Tournament at Davis Diamond. Carolina led 5-3 heading to the bottom of the seventh before the Gators produced the walk-off hit with one out.

The game started at approximately 1:45 PM ET before inclement weather in the area forced a four hour and 58 minute delay in the top of the second.

Carolina now awaits its postseason fait with the selection show on Sunday night at 9:00 PM ET.

This would be the seventh-straight year Carolina has reached the postseason, the longest stretch in program history.

South Carolina (36-17) waited out a long weather delay just seven outs into the contest and came back with a bang as Cayla Drotar lifted the first home run of the afternoon over the wall in left field and off the scoreboard to give the Gamecocks a 1-0 lead through two.

The scoring continue in a big way in the top of the third as Mackenzie Boesel blasted a two-run homer in center field to push the lead to 3-0 in favor of the visiting team. Kennedy Clark later homered in the inning to extend the advantage to 4-0 through three full innings of action.

From there, the momentum swung to the defending SEC Tournament Champions.

Both teams traded a scoreless fourth and fifth before Florida scored two runs in the bottom of the sixth to cut the Gamecock lead to 4-2.

Clark singled in the top of the seventh to give Carolina a 5-2 lead heading to the bottom of the seventh but four Gator runs ended the tournament run for the Gamecocks.