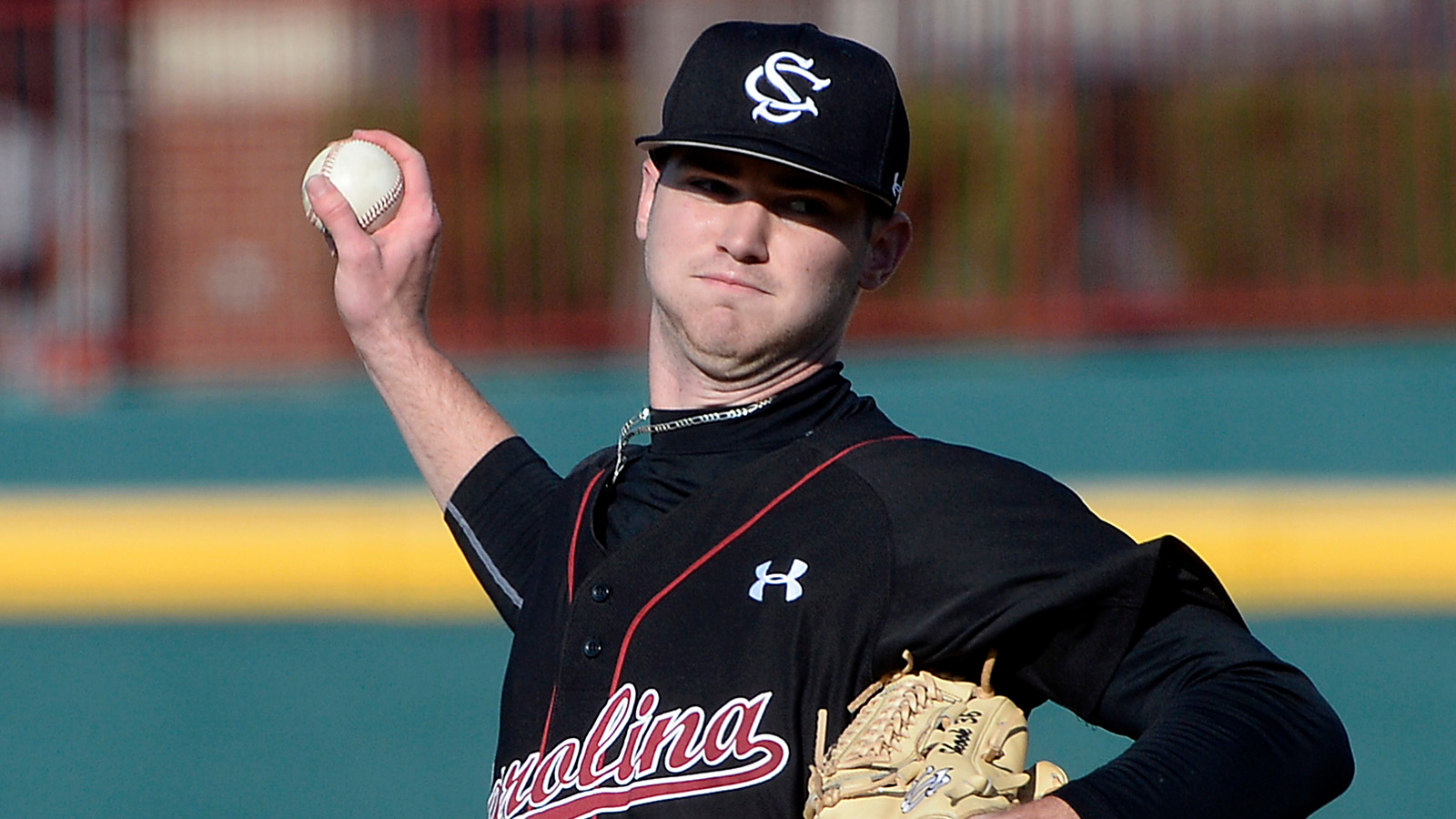 Shook was named to the team for his volunteering efforts in the Columbia community.

BIRMINGHAM, Ala. – Redshirt sophomore pitcher TJ Shook has been named to the Southeastern Conference’s Community Service Team, the league announced this morning (Wednesday, May 15).

Shook volunteered at South Carolina’s canned food drive to help the families affected by Hurricanes Florence and Michael this past fall. He also helped out at the Miracle League, which is a program of the Columbia Parks and Recreation department. Then in October, Shook and the team hosted the Chapin Screaming Eagles at Founders Park, playing a game against the Gamecocks. Shook volunteered at the Ray Tanner Run, which takes place every fall, and spoke to the kids at the Irmo Little League before their season began this spring.

In a continuing effort to recognize the accomplishments of student-athletes beyond the field of competition, the Southeastern Conference once again highlighted a Community Service Team for baseball for the 2019 season. The conference names a Community Service Team for each of its 21 league-sponsored sports, looking to highlight an athlete from each school who gives back to his community through superior service efforts.

Shook is 3-1 with a 3.76 ERA and 49 strikeouts in 38.1 innings pitched this season in 14 appearances and nine starts. He is out for the rest of the season with a back injury.