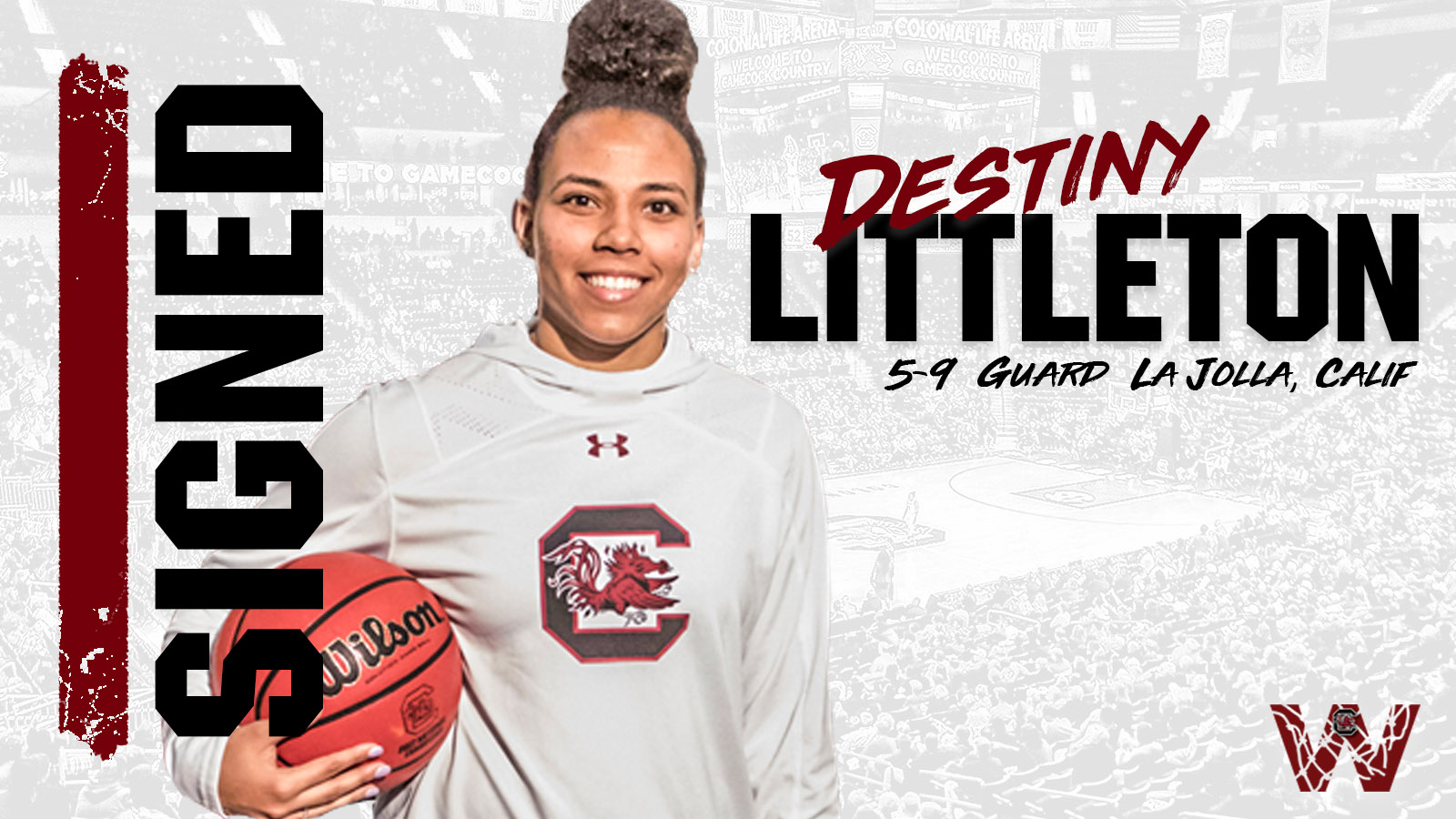 “Adding Destiny to our Gamecock family is a much-needed boost in our backcourt,” Staley said. “She is a big guard who is a prolific scorer. Her offensive skill set will complement and strengthen our backcourt. She’s a proven winner, and the FAMs will enjoy the passion she will bring to Colonial Life Arena.”

A 5-foot-9 guard, Littleton started 12 games last season at Texas and averaged the third-most minutes on the team at 24.2 per game. The 2017 McDonald’s All-American averaged 8.4 points per game and was the Longhorns’ second most efficient 3-point shooter, hitting 32.2 percent (37-of-115) from behind the arc. Littleton posted 12 double-figure scoring games among her 33 appearances in 2018-19, including 22 against Northwestern State and her highest scoring conference game of 16 against Kansas State.

On the international stage, Littleton helped the U.S. to a 2015 FIBA Americas U16 Cup bronze medal, starting three games and finishing second on the team with 10.0 points per game. She went on to capture gold at the 2017 FIBA U18 3×3 World Cup.

Littleton was the No. 33 overall recruit in the Class of 2017 and the ninth-rated guard in the class. She became the first girls’ basketball player in California high school history to eclipse 4,000 career points and finished with 4,300 over her career, which ranks her among the top 25 scorers all-time in high school girls’ basketball across the nation. In 2016-17, Littleton was named California Gatorade Player of the Year and California Ms. Basketball by Cal-Hi Sports. She was a MaxPreps Third-Team All-American and an honorable mention All-America selection by the WBCA.