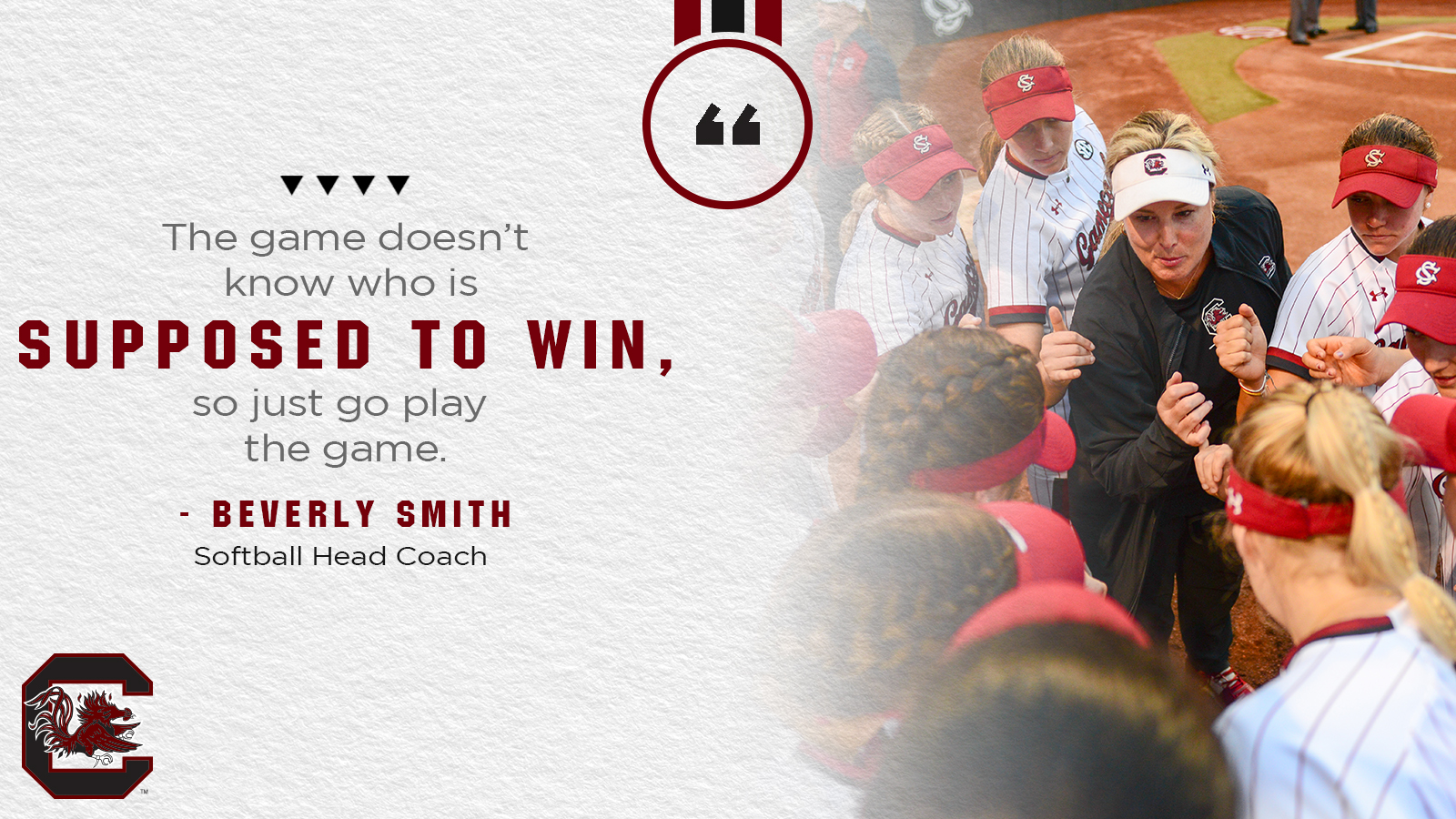 Around the Horn with Coach Beverly Smith

South Carolina softball coach Beverly Smith is not a stranger to the postseason as the ninth-year head coach leads the Gamecocks to the NCAA Tournament for the seventh consecutive year in Tallahassee, Fla., this weekend. South Carolina won the NCAA Regional at home last year to advance to the Super Regional for the first time in Smith’s tenure. With the Gamecocks having played in regionals in Tallahassee in 2014, 2015 and 2016, Smith knows what to expect and offers some keys of what her team needs to do to in order to be successful and advance.

The Gamecocks posted an impressive 36-17 overall record in 2019, but saw a few games slip away late down the stretch.  Having won on the road at nationally ranked Auburn (twice) and LSU, along with a pair of home wins over top-8 seed Alabama, Smith knows there is little margin for error in the postseason.

“For us, specifically this year, one of the biggest keys will be finishing the game,” Smith said. “That’s been our Achilles heel lately. We have to get all 21 outs. We recognize that we’ll be the visitor, and we’re on the road. We have to be able to close it out.”

Playing at the home field of defending national champion Florida State, the Gamecocks understand the importance of staying in the winner’s bracket and not looking beyond any of their opponents.

“We can’t make the games bigger than they are,” Smith said. “All the games count as one. We can’t overlook South Florida. We need to focus in the moment when we play USF, and the same when we play our next opponent.

“I’ve preached all year long that the game doesn’t know who is supposed to win, so just go play the game.”

“Playing in the SEC prepares us for this.”
– Beverly  Smith 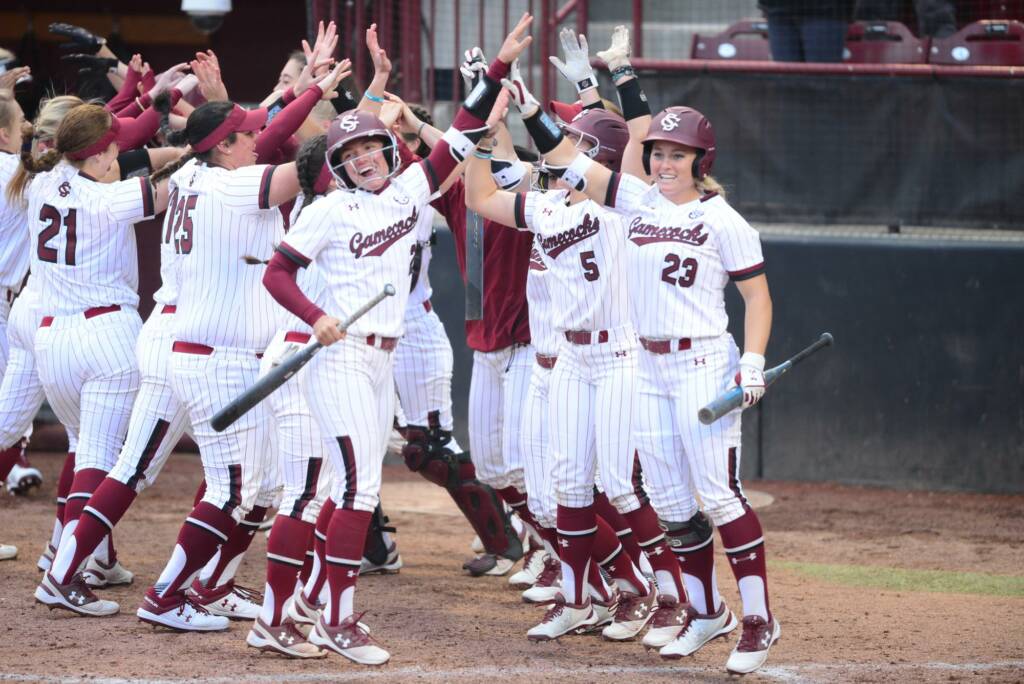 When it comes to playing in the postseason, you don’t have to reinvent the wheel. If you’re good enough to consistently make the NCAA Tournament, then your work leading up to the first game doesn’t have to be much different than what you’ve done before.

“Our team has to believe that we’re prepared,” Smith said. “They have to trust our preparation and each other, and they need to go into the tournament with the idea that this is doable for us. If we can play seven complete innings while putting our best game forward, we can beat anybody in the country.”

All 13 SEC softball teams have qualified for the NCAA Tournament for the third straight year. Seeing nationally ranked competition in conference nearly every weekend should serve the team well. Having a team full of veteran players who not only have been in the postseason each year in their South Carolina career, but have also tasted success, is also a benefit for the 2019 Gamecocks.

“Playing in the SEC prepares us for this,” Smith said. “Every team in the SEC is in the postseason again. Our upperclassmen have great experience in that regard. The thing about the freshmen is they just go out and play. That’s refreshing.

“We made it to Super Regionals last year. In years past, we were asking them to believe in something they couldn’t see because they hadn’t had the example of (winning) it before. This team has done it, and they’ve seen it. Now it’s just continuing to believe in each other.”

South Carolina opens NCAA Tournament play on Friday at noon against South Florida. Florida State will follow with their matchup against Bethune-Cookman to round out the Tallahassee bracket.