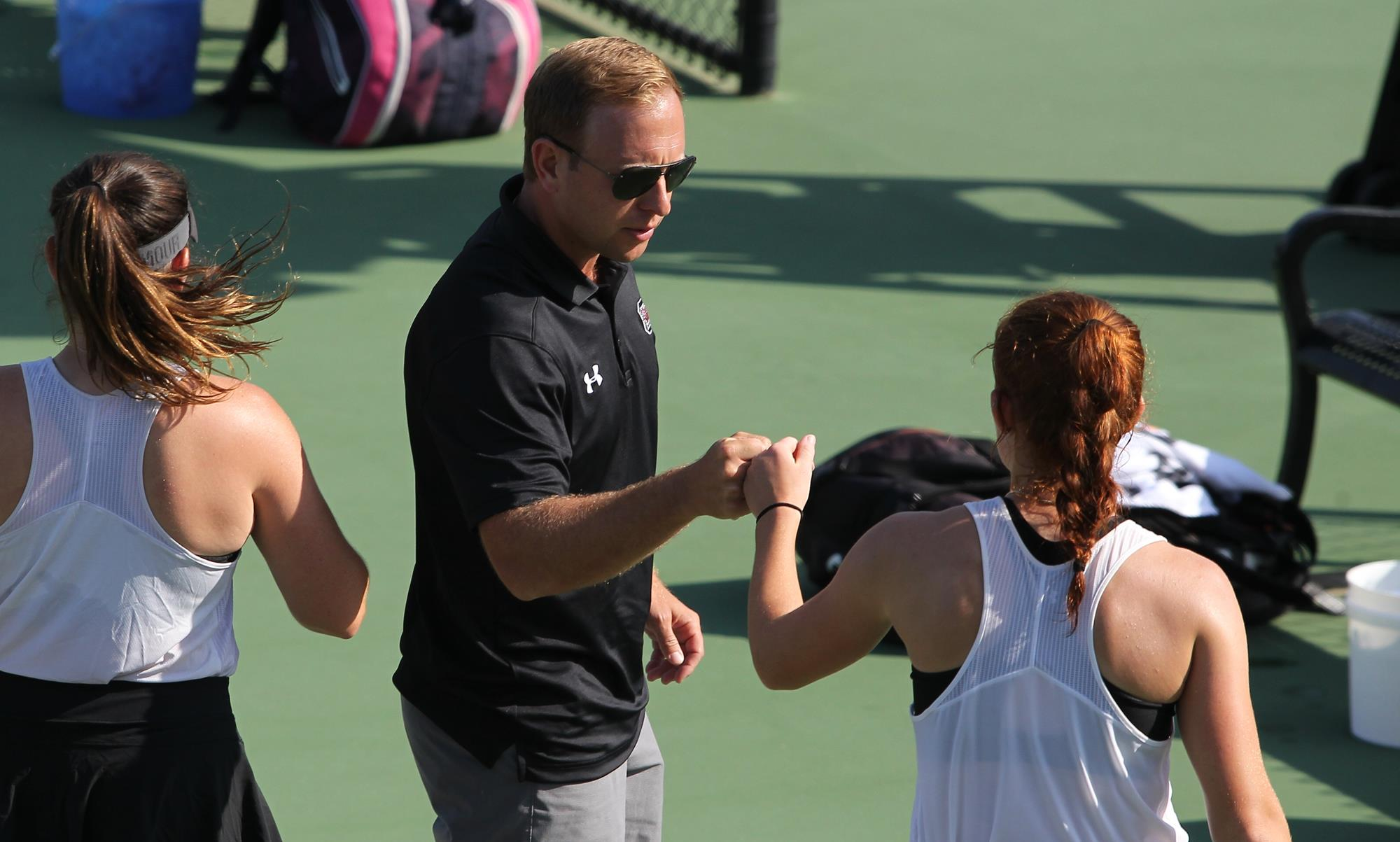 No. 4 Gamecocks Prepped for No. 5 Duke in Quarterfinals

ORLANDO, Fla. – The South Carolina women’s tennis team continues its history-making season as it faces Duke on Friday at 7 p.m. ET in the NCAA Championships Quarterfinals at the USTA National Campus.

This marks the third-ever quarterfinals appearance for the No. 4 Gamecocks (23-3, 12-1 SEC) and is the first under head coach Kevin Epley.

“We haven’t seen a whole lot of them (Duke) this year,” Epley said. “We see them at ITA Regionals in the fall. It’s important that we commit to our game. When we focus on ourselves and do what we do – playing the aggressive doubles that we got back to, committing to our game styles individually – if we feel like we’re good and we’re there in that capacity, I think we’ll be all right.”

In order to make the first semifinals in program history Carolina will have to get through No. 5-ranked Duke (26-3, 13-1 ACC). The two programs last met at the 2018 National Team Indoors where the Blue Devils topped South Carolina, 4-0, in the quarterfinals. Overall, Duke leads the series, 14-4, with the Gamecocks’ last win coming in 1995, 5-4.

Carolina is currently riding a 13-match win streak, having not dropped a match since March 17 against No. 2 Georgia, 4-2. The Gamecocks have tallied six postseason wins so far, claiming the SEC Tournament title and three NCAA victories to get to the quarterfinals.

Hot for South Carolina, junior and No. 81 Mia Horvit has won nine-consecutive matches at the No. 3 spot and owns a 17-2 duals record on court three.

Taking eight matches in-a-row, No. 4-ranked and senior Ingrid Martins sits at a dual-match record of 16-2 at the No. 1 position for the Gamecocks. On court two, senior and No. 17-ranked Paige Cline is 14-4 and has won four-straight matches.

Paired together in doubles, Horvit and Martins are the No. 3-ranked tandem in the country. Most recently, they defeated the No. 1 team in Southern Cal’s Angela Kulikov and Rianna Valdes, 6-1, leading their team to the doubles point and a spot in the quarterfinals. The two have earned a mark of 16-4 at the top spot.

Teaming back up for doubles at the beginning of NCAA Championships play, the No. 39 sophomore Megan Davies and senior Rachel Rohrabacher are undefeated in the postseason, winning three-straight matches.

On the doubles side, Chi and Kaitlyn McCarthy are the No. 24-ranked team. They compete mostly at the No. 2 position for the Blue Devils and are 10-1.

The match will be live streamed on the Tennis Channel. There will also be live scoring available and both can be found on the women’s tennis schedule page on gamecocksonline.com.