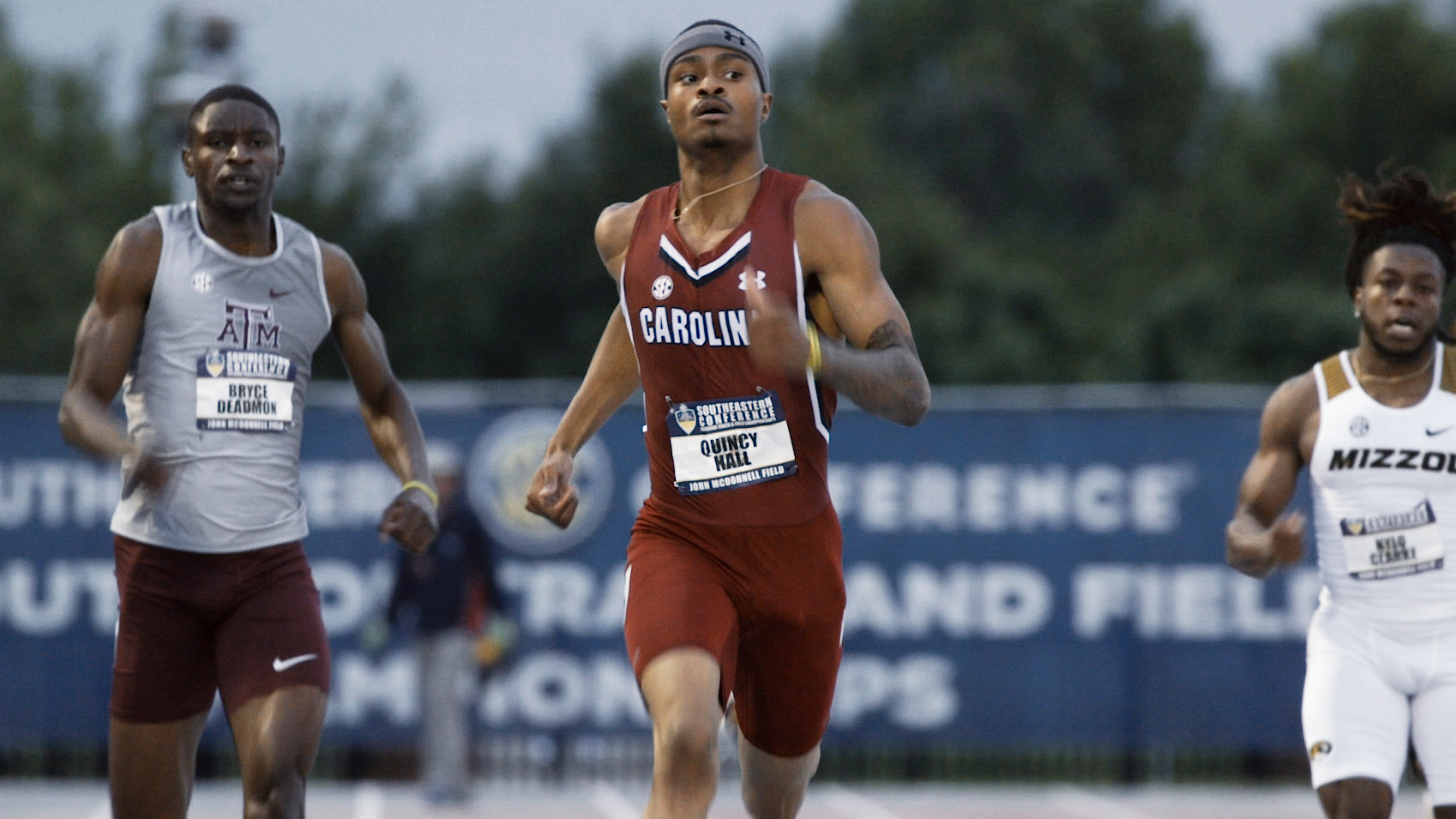 Hall was awarded a first-team spot after winning the men’s 400m at the SEC Outdoor Championships, held May 9-11 in Fayetteville, Ark., Hall’s winning time was 44.60 as he completed a season sweep of the conference ‘s quarter-mile races. He’s the first Gamecock in history to win the 400m at the indoor and outdoor SEC meets.

Favors earns his first-career All-SEC nod after finishing third in the men’s shot put. The redshirt junior, an All-Freshman Team honoree in 2017, earned his highest finish at the league meet with a outdoor personal-best throw of 18.87m (61-11).

Jonathas finished third in the women’s 400m, her second All-SEC nod of the season. The junior ran 51.19 in the conference final, the fastest time by a Gamecock in the event since 2007.

Jones is an outdoor All-SEC selection for the second year in a row after earning bronze in the men’s 800m. The redshirt senior ran his two fastest times of the year at the conference meet, including a season-best 1:48.09 in the final.

Moore is now a three-time All-SEC selection after winning a bronze medal in the 110m hurdles. A redshirt senior, Moore’s time of 13.42 in the final was his best-ever time at the SEC Championships. He also won bronze in the 110mH in 2017 and the 60mH at the 2019 indoor championships.

South Carolina’s All-SEC selections have each qualified for the 2019 NCAA East Regional Preliminary Round, which will be held May 23-25, in Jacksonville, Fla. The top-12 finishers in each event move on to the 2019 NCAA Outdoor Championships, scheduled for June 5-8, in Austin, Texas.