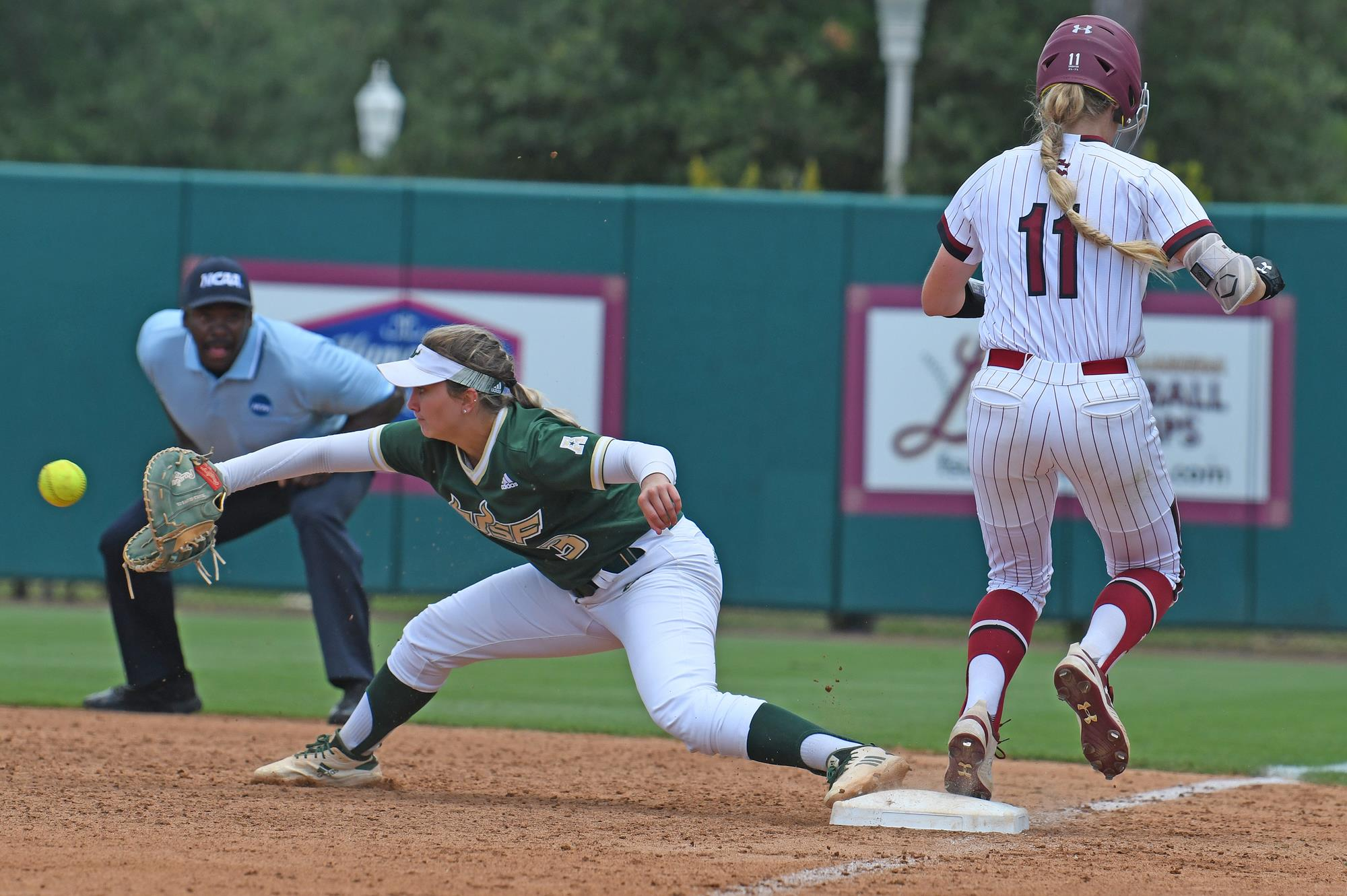 TALLAHASSEE, Fla. —– South Carolina softball’s Kennedy Clark lifted a solo home run in the top of the 10th to advance the Gamecocks to their fourth-straight regional final with a 2-1 victory over South Florida on Saturday night at JoAnne Graf Field. Carolina opened the day with a 10-0 victory in five innings over Bethune-Cookman as the Gamecocks extended their regional elimination-game winning streak to five.

The Gamecocks will now face host Florida State on Sunday starting at noon. Carolina will be the home team in the first game and must win twice to advance to its second-straight super regional.

SOUTH CAROLINA 10 BETHUNE-COOKMAN 0 (FIVE INNINGS)
South Carolina (38-18) opened the day by tying the school record for largest postseason margin of victory in a 10-0 win over Bethune-Cookman in five innings.

Carolina opened the scoring in a big way in the top of the third as Alyssa Kumiyama blasted a two-run home run to give the Gamecocks a 2-0 lead. Cayla Drotar later homered to push the lead to 4-0 through three.

The scoring continued in the top of the fourth with six runs off the bats of Kennedy Clark, Kumiyma, Drotar and Karly Heath to make it 10-0 through four before Carolina closed out the Wildcats in the bottom of the fifth via run-rule.

SOUTH CAROLINA 2 SOUTH FLORIDA 1 (10 INNINGS)
Just 30 minutes after a commanding win to start the day the Gamecocks returned to action as USF looking to avenge the Friday afternoon loss to open the regional.

As they did yesterday, the Bulls took an early lead in the bottom of the first with a solo home run to hold a 1-0 lead through one inning of action.

The Gamecocks responded quickly with Haley Simpson’s RBI single to tie the game at 1-1. From there, the teams traded seven scoreless innings to send the game to the 10th inning.

In the top of the 10th with one out, senior Kennedy Clark stepped to the plate and lifted a solo home run over the wall in right to give the Gamecocks the 2-1 lead they wouldn’t surrender.

Senior Dixie Raley (12-5) threw one of her finest games at South Carolina to earn the victory in the circle. She went 10 innings with just eight hits allowed and five strikeouts to send the Gamecocks to the regional final tomorrow afternoon.