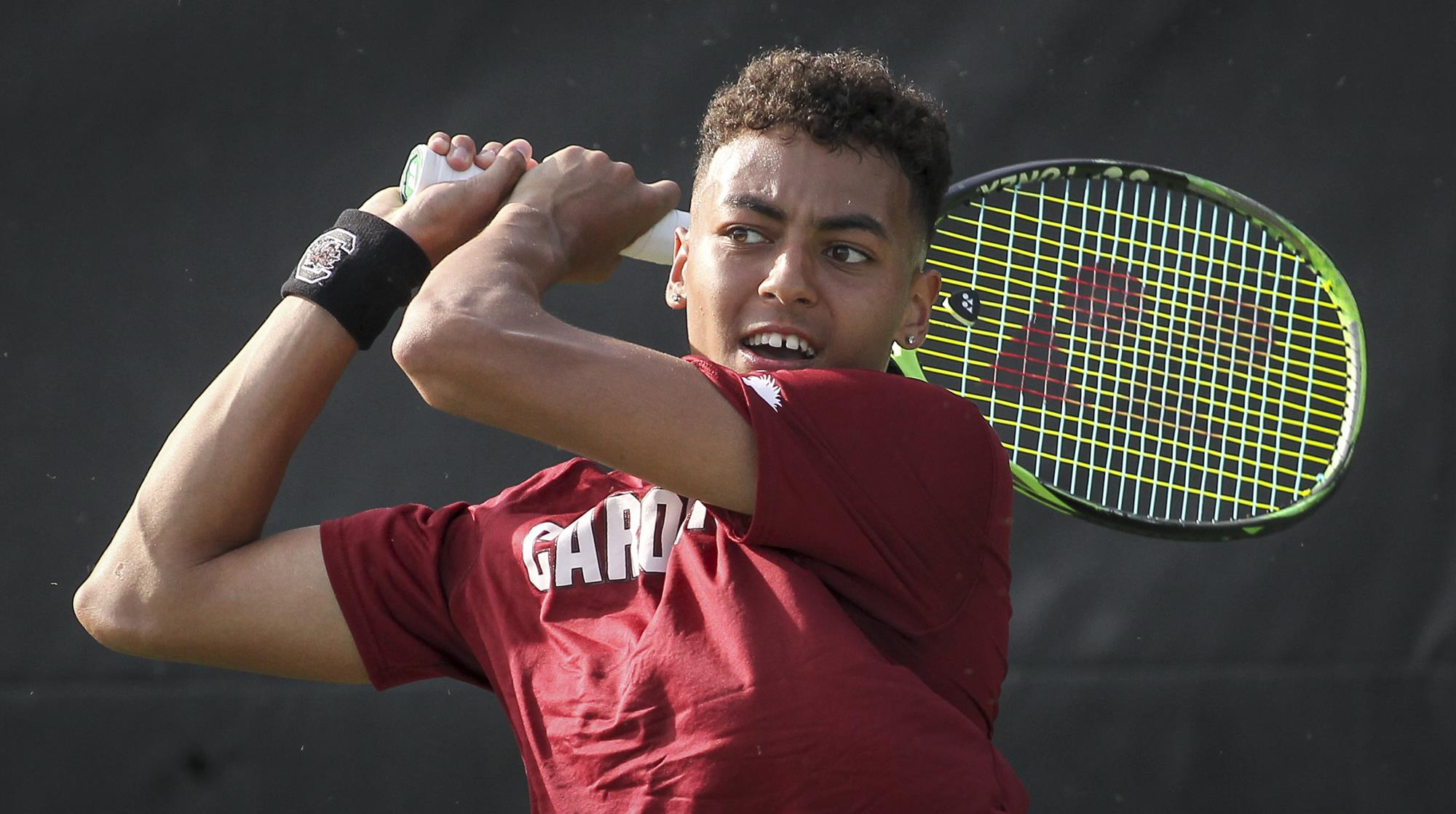 ORLANDO, Fla. – South Carolina junior Paul Jubb survived a hard-fought first set then dominated the second to advance to the second round of the NCAA Men’s Tennis Singles Championship Monday night at the USTA National Campus.

With the match getting on court two hours later than expected, No. 5 Jubb and Penn State’s Constant De La Bassetiere, ranked No. 29 in the nation, each dropped an early service game. Jubb found his footing in a tough hold to stay on serve at 3-3 in the opening set. Three games later, the Gamecock junior hit a solid return on break point, which forced an error and set him up to serve for the set at 5-4. De La Bassetiere did not cower, though, jumping out to a quick lead and powering through to break Jubb’s serve to level the set at 5-5.

A tight service game for De La Bassetiere ran to 30-30 before Jubb found a great angle on a crosscourt forehand that the Nittany Lion senior could not redirect up the line. At break point, Jubb got a second serve then whipped an inside-out forehand winner to close out the game. The next game also went to 30-30 before a pair of blistering forehands delivered the hold and the set to Jubb.

The Hull, England, native consolidated the break by again holding at Love to go up 4-2. That lead went to 5-2 after a great cross-court forehand return delivered another break. A routine hold ended with a service winner and Jubb advancing to the second round of the event for the second time in as many seasons.

Tuesday’s second round will see Jubb, playing as the tournament’s No. 4 seed, take on No. 45 Dan Little of Utah. The Utes’ senior, who went 15-6 in dual match play this spring, advanced with a three-set win against another SEC player, Mazen Osama of Alabama.