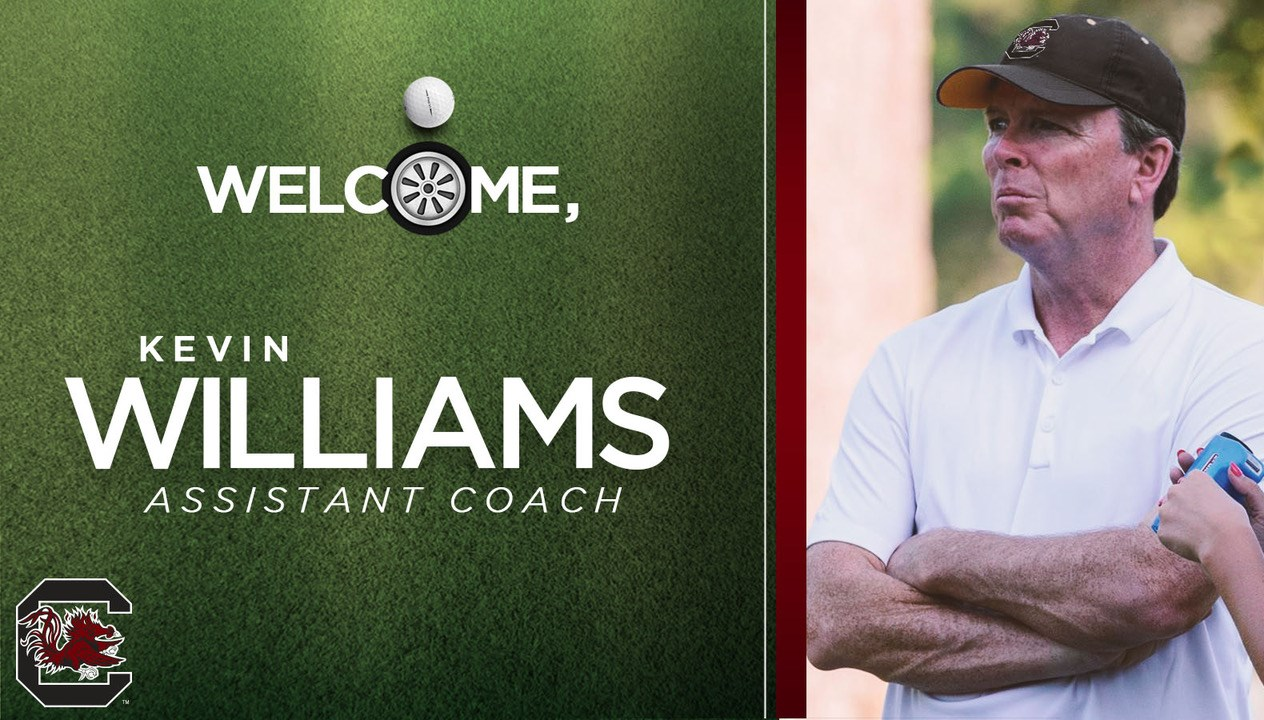 “I am extremely excited to announce Kevin Williams as the new addition to our Gamecock women’s golf coaching staff,” South Carolina head coach Kalen Anderson said. “Kevin brings over 22 years of experience as a head coach at East Carolina University. He has extensive experience and success in local and international recruiting.

“Kevin brings an impressive track record in teaching and player development,” Anderson added. “The reputation and integrity that Kevin has maintained throughout his long coaching career makes him a great fit for our program. He will add a spark of energy, along with significant contributions to our program. I’m excited for our players and recruits!”

In his time with the East Carolina women’s golf program Williams helped lead the Pirates to 12 NCAA Regional appearances, including 10 of the past 12 seasons. While coaching in Greenville, N.C., Williams coached the only WGCA All-American in program history (Frida Gustafsson Spang, 2016) and coached three of ECU’s conference player of the year award winners (Conference USA 2; American Athletic 1). In addition, he coached four conference freshman of the year award winners (Conference USA 3; American Athletic 1). He’s coached eight Conference USA First Team and eight American Athletic All-Conference student-athletes. He is a two-time Conference USA Coach of the Year and has led the Pirates to 29 tournament victories. In addition, he coached 30 student-athletes to individual titles.

Academically, Williams’ team boasted 46 Academic All-America award winners and was ranked among the top 25 programs in the country for team GPA eight of the last 12 years including three straight top 10 appearances (2016-18). Williams currently is serving as the Vice President of the Women’s Golf Coaches Association, after four years as the association’s treasurer. Prior to his involvement with the WGCA, he served as a member of the NCAA Women’s Golf East Region Regional Advisory Committee for three years.

“I am extremely excited to join Coach Anderson’s staff at Carolina and can’t wait to get started assisting her in the development and preparation of our student-athletes for SEC and NCAA Championships,” Williams said. “I am anxious to hit the road this summer in an effort to see our current team members compete and get to know them as well as evaluating our future recruiting needs.”

“I feel very fortunate to have the opportunity to work for one of the top coaches and programs in the country in the best women’s golf conference in the country,” Williams added. “My time at ECU has prepared me well for this opportunity, and I plan to make the most of it.”

Williams also coached the men’s program at East Carolina (1995-05) to a 987-808-26 overall record. In 10-plus seasons guiding the men, he led the Pirates to six team tournament titles, 12 individual crowns and coached five Academic All-America selections. He served on the NCAA Men’s Golf Regional Advisory Committee for three years,  two of which he served as chairman.

After graduating from East Carolina University in 1995, Williams began working for Kinston Country Club as the assistant golf professional before being promoted to head golf pro. Williams’ playing career highlights include victories in eight of the Carolina’s PGA Pro-Am Championships. In addition, he also qualified for and competed in the 1989 and 1992 PGA Club Professional Championships. His career led him to get involved in the affairs of the Carolinas PGA Section, first as a member of the board of directors and later as a chairman of the tournament committee before his six years of service to the organization ended in 1997. Williams is a PGA member and has over 20 years of experience teaching private golf lessons.  Williams has a son, Patrick, and daughter Anniken.