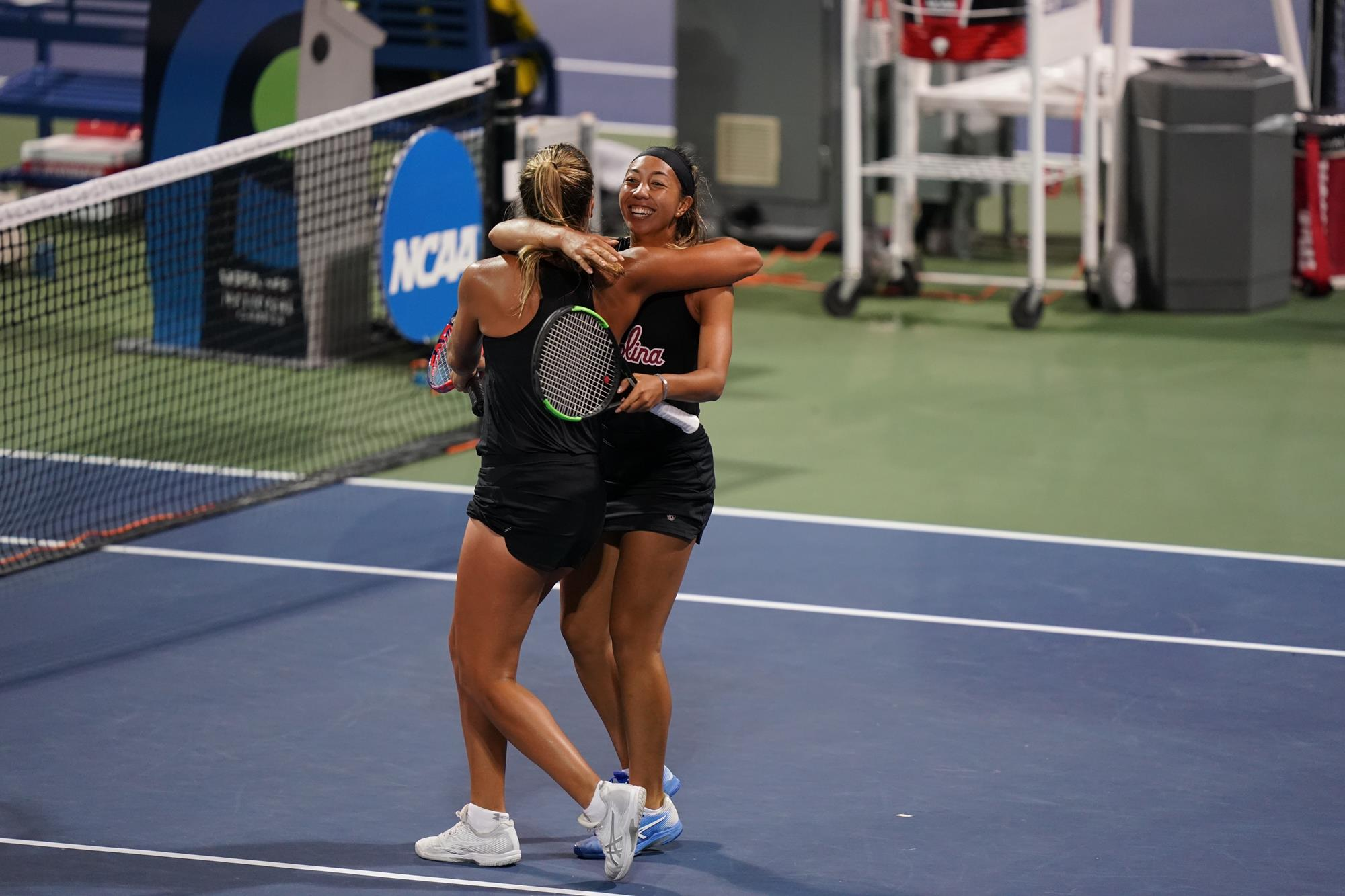 ORLANDO, Fla. – South Carolina women’s tennis senior Ingrid Martins and junior Mia Horvit are in the semifinals of the NCAA Doubles Championship after another straight-set win on Thursday night at the USTA National Campus.

The No. 3-ranked and No. 4-seeded Gamecocks took down NC State’s No. 7 team of Anna Rogers and Alana Smith, 7-5, 6-4. With their victory, Horvit and Martins become only the second South Carolina duo in program history to make the semifinals. Helen Crook and Victoria Davies were the last pair to appear, falling in the semis in 1994.

In a back-and-forth first set, Rogers and Smith took the first game. Martins then hit an ace to tie it, 1-1. Finding themselves down, 3-2, Martins sent over a big serve at deuce point, tying the first set again, 3-3. Seeing a similar second two games, Carolina won deuce again, bringing it to four all. Down, 5-4, Martins hit another ace, evening the first set, 5-5. Seeing, yet again, another deuce point, Horvit hit one to the side of the court, giving them the, 6-5, lead. Putting the first set away, Martins slammed the ball at the net, taking a commanding, 7-5, first-set victory.

Horvit and Martins dropped the first game of the second set, but quickly took three-straight games for the, 3-1, advantage. Feeling her serve Thursday night, Martins cranked out another ace, putting the Gamecocks up, 4-2. NC State threatened the lead by winning the next game and getting within one, 4-3. Horvit held serve after not getting the break previously, extending South Carolina’s lead, 5-3. With Martins serving in the last game, the tandem broke free and clinched their match, 7-5, 6-4.

Up next, Horvit and Martins will play the winner of Michigan’s No. 37 Kate Fahey and Brienne Minor and No. 28-ranked Lourdes Carle and Katarina Jokic of Georgia.