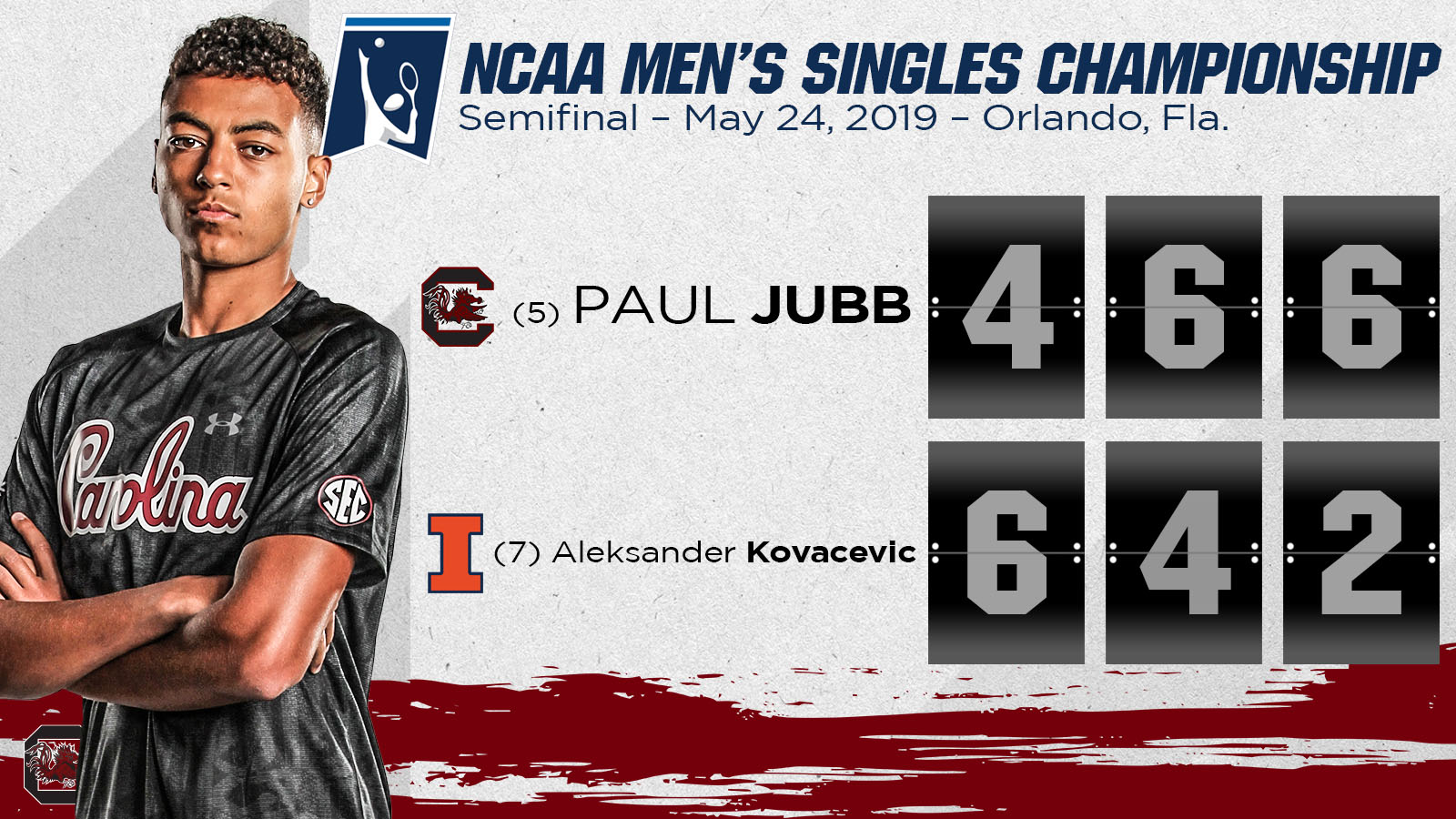 Jubb fell behind 0-3 in the opening set, but got the early break back late to get to 4-5 serving. Kovacevic looked to get the break right back, winning the first two points of the game, which Jubb erased with a service winner and cross-court winner to get to 30-all. A big serve up the T two points later sent the game to deuce, which saw his backhand sail long to give Kovacevic the set 6-4.

The two top-10 players traded breaks to open the second set, and the Gamecocks’ steely-eyed junior finished off his hold at 2-2 with a massive service ace. After splitting the first two points of Kovacevic’s service game, Jubb pounced with a pair of clean winners to set up break point, which he finished with a deep forehand that forced Kovacevic to miss long to give Jubb the 3-2 advantage. Both players held for the remainder of the set for a 6-4 Jubb win that leveled the match.

Jubb continued to be the aggressor in the third set, looking like the fresher player as the match wore on. He broke Kovacevic in the opening game and held at Love, punctuated by another ace up the T, for a 2-0 advantage. Up 3-1 and forcing deuce on Kovacevic’s serve, a deep return put the Illinois junior on the back foot that sent his reply long to give Jubb a double-break 4-1 edge.

From there, the No. 5 player in the country never looked back, closing the match with a final service game at Love, including a service winner to deliver the 6-2 victory.

Jubb’s win makes it an all-SEC final in the NCAA Championship as top-seeded Nino Borges of Mississippi State won the other semifinal match. The two have played twice in SEC action. Both three-set matches went to Borges, the most recent coming in the SEC Championship semifinals on Apr. 20.

“It’s a great matchup,” Jubb said. “We’ve played twice already this season and both pushed each other to the limit. I’m going to do my best and see how it goes.”