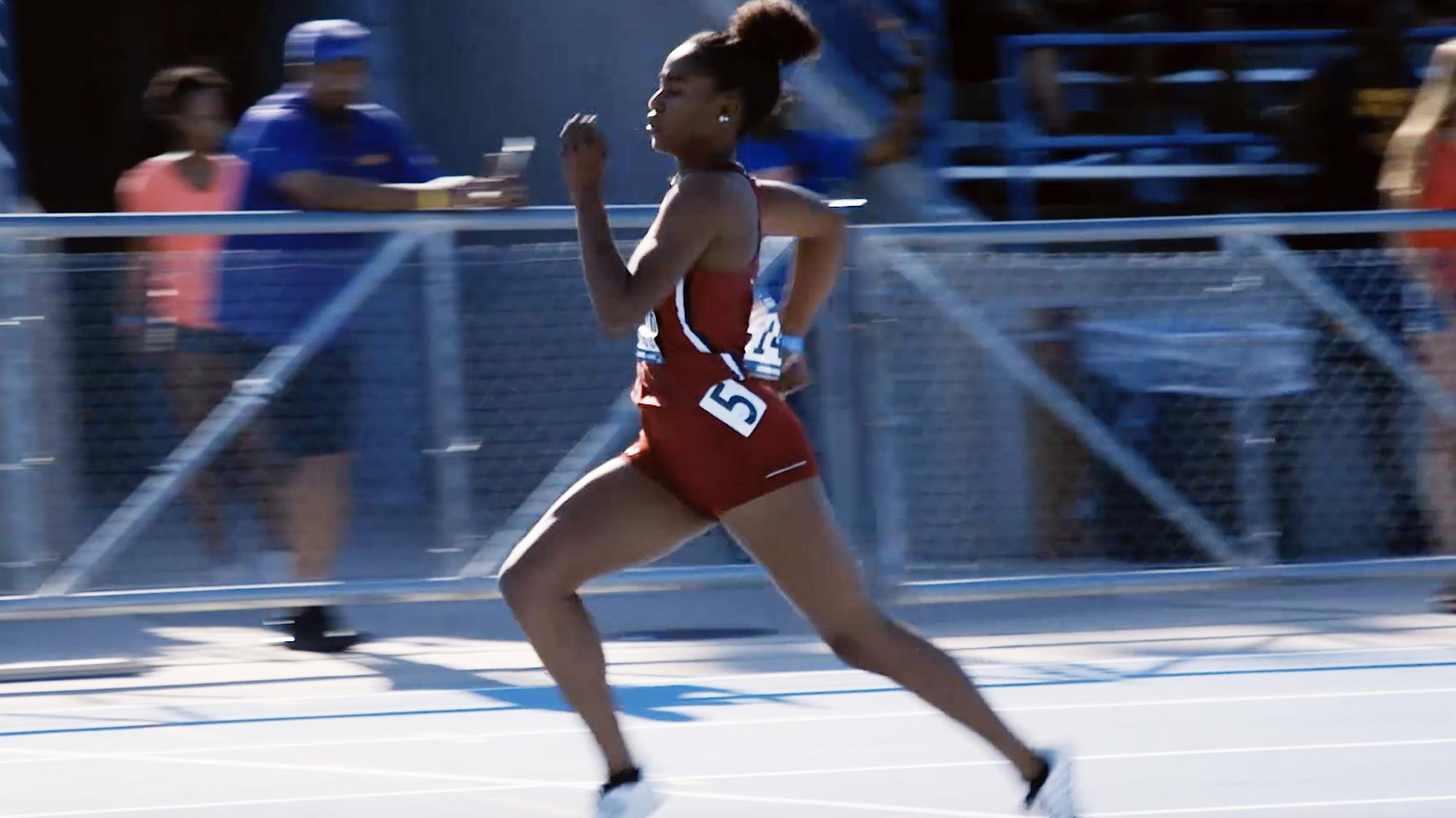 JACKSONVILLE, Fla. — The University of South Carolina track & field team was on fire Friday night in Jacksonville, clinching four more NCAA Outdoor Championships berths on the second day of the 2019 East Regional Preliminary Round. Aliyah Abrams, Quincy Hall, Wadeline Jonathas and Otis Jones each advanced out of the quarterfinal round at Hodges Stadium, earning spots at next month’s national meet in Austin Texas.

Jonathas took control of her 400m heat midway through the lap and won the flight with a time of 51.46. That was the third-best mark of the day, and it sends the junior to her first NCAA Division I Outdoor Championships. Once in Austin, she’ll attempt to add to a résumé that already includes 10 NCAA titles, including nine at the Division III level and the 4x400m relay title from March’s indoor championships.

Abrams ran one heat after Jonathas and finished second in her race to grab another automatic qualifying spot. Her time of 51.63 was a new outdoor personal best, the fourth-best time of the day and the eighth-best mark in Carolina history. This is the fifth NCAA Championships appearance for the Grayson, Ga., native; she and Jonathas begin their national run on Thursday, June 6.

Jones used his veteran smarts to set the pace in his 800m quarterfinal heat, racing to the front of the pack and leading after one lap. He held his foot on the gas pedal down the stretch, finishing second and earning an automatic qualifying bid with a time of 1:49.77. After four East Regional appearances, the senior will head to Austin for his first trip to outdoor nationals, with his opening race scheduled for Wednesday, June 5. He’s the first Gamecock to make NCAAs in the 800m since 2002.

Hall was on fire Friday night and left Jacksonville with one of the meet’s finest performances in any event. The junior won the men’s 400m hurdles with a blazing time of 48.54, dusting the field by more than 1.3 seconds. His time is a Hodges Stadium facility record, the best time by a collegian in 2019 and the second-fastest time in Carolina history. The mark also ranks No. 3 on the 2019 world leaderboard. Like Jones, he’ll begin his NCAA Championships run on Wednesday, June 5.

The day began for the Gamecocks with the first round of the women’s 100m hurdles, where Little earned a spot in the national quarterfinals for the second season in a row. The Hoover, Ala., native posted a season-best 13.42, the top non-automatic qualifying time of the day and the 17th-best mark overall. After finishing 13th in the quarterfinals as a freshman, missing an NCAA Championships berth by one spot, Little competes in the quarterfinals Saturday at 7:05 p.m. ET.

Moore took care of business on Friday, easily advancing to the 110m hurdles quarterfinal round after winning his heat with a time of 13.56. That was the second-best mark of the day and gives the senior a chance to qualify for his third NCAA Championships. The two-time first-team All-American is back in action tomorrow at 7:20 p.m.

In the final race of the evening, Davis booked passage to the quarterfinal round in the women’s 200m. The sophomore placed third in her heat and 21st overall with a time of 23.46. Her quarterfinal race is scheduled for Saturday at 7:30 p.m. ET.

In the men’s discus, junior Malik Paul made the most out of his first NCAA Regional appearance. Paul finished 18th overall and did so with a new personal best, throwing 54.94m (180-3). That’s the 10th-best mark in Carolina history.

“Otis came through. He ran a perfect race. He set it up perfectly. I knew when they went through (the first lap) in 53 seconds that Otis had more speed than most of those guys. He was going to be able to get by and grab one of those top-three spots. Coach Allden had him set up for a perfect run. He’s in great shape, and we’re looking forward to tomorrow for him to run the mile relay.”

“Our 400m kids are as good as any. It’s now about executing in the next round. They executed at this meet, which was what we expected.”

“Quincy’s been progressing over the last two weeks, getting his rhythm and figuring out when he was going to make his exchange. He made a great exchange today. Quincy is a talented young man. He’s really working hard at trying to run 47 seconds and get to Johnny Dutch’s record. That’s one of his goals.”- Head Coach Curtis Frye

The NCAA East Regional concludes on Saturday, as six more Gamecock individuals and three relay squads compete to represent South Carolina in Austin. The first Gamecocks in action get rolling at 2:45 p.m. ET.