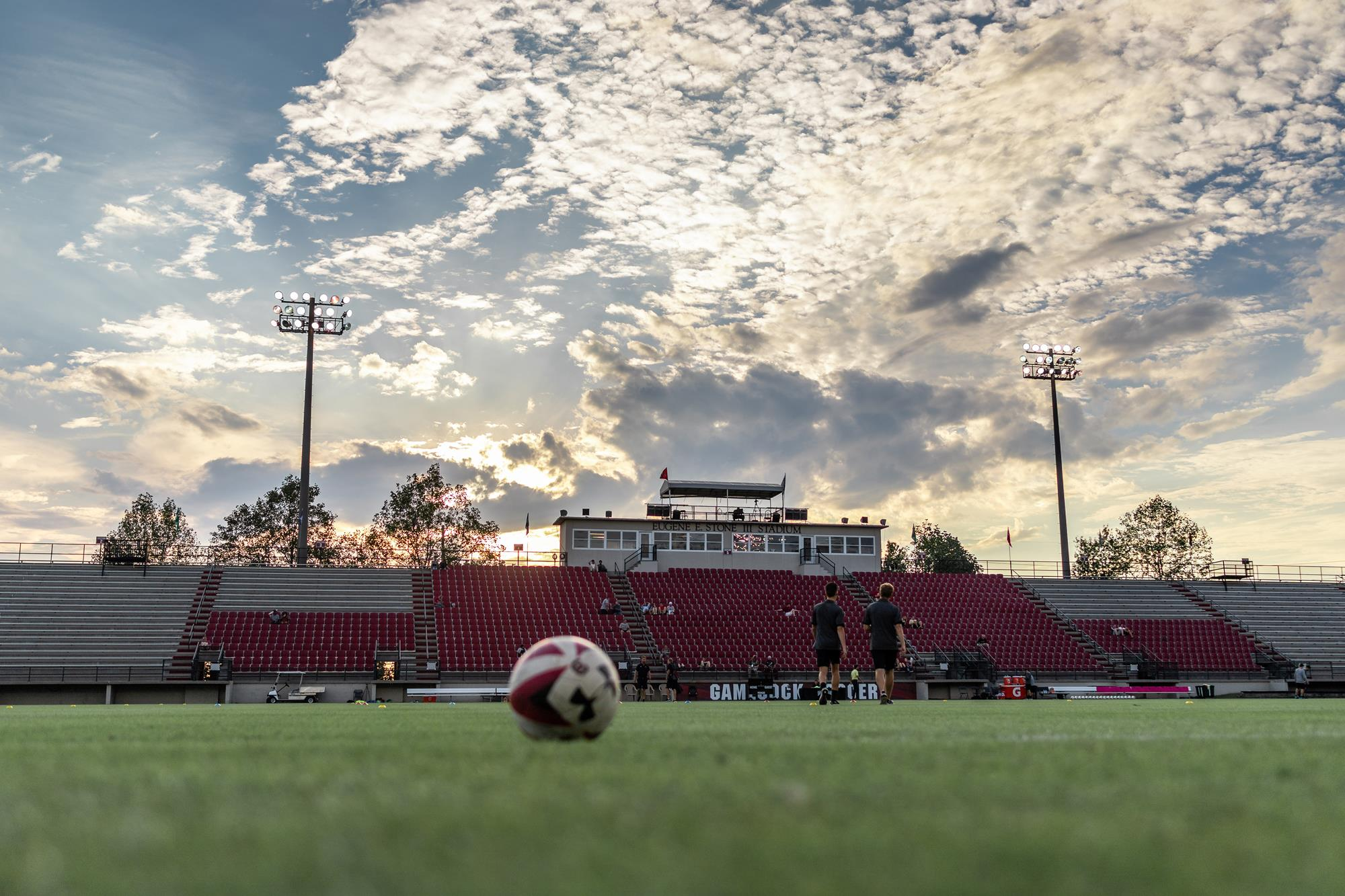 COLUMBIA, S.C. — South Carolina men’s soccer announced its 2019 signing class on Wednesday. The Gamecocks will welcome in 11 new players to their roster for upcoming fall.

“The interesting thing about this class is that it’s a lot of different levels,” said head coach Mark Berson. “There’s four-year transfers, two-year transfers and freshmen coming in. We’ve built strength through the entire team – up front, in the midfield, in the back line and in the goal. All of the lines in our team I think we’ve strengthened with this group. This group will help immediately. A lot of these guys will step in, make an impact and take a lot of responsibility early in their careers.  We think this group is going to help this team right away.”


Dylan Bartel – 6’3″ Defender – Fleming Island, Fla.
• Son of Anthony and Jodi
• Has a sister, Madison, and two brothers, Austin and Brandon
• Four-year letterwinner at Fleming Island High School, which was ranked No. 1 in the country in 2018 by USA Today and United Soccer Coaches
• Named to the Jacksonville All-Star Team
• Played club for Jacksonville Armada FC this season and started all 22 games while serving as team captain
• Played his U16 season for Orlando City Development Academy playing in 28 games with 18 starts
• Played PDL in the summer of 2018 for the Villages SC and helped lead them to the national semifinals
• Currently playing for Jacksonville Armada U23s this summer in the NPSL
• Enjoys playing FIFA and favorite athlete is Wayne Rooney


Logan Frost – 6’3″ Forward – Birmingham, Ala.
• Son of Scott and Tammie
• Has two sisters, Anna Fay and Amelia
• Four-year letterwinner at Briarwood Christian
• Gatorade Player of the Year nominee
• First team all-state and all-metro selection
• Finished career as all-time leading goal scorer at his high school
• Team captain for Alabama FC, where he was one of the top goal scorers and assist leaders on the team
• Club team was NPL National Champions during the 2017-18 season


Logan Hitzeman – 6’0″ Midfielder – Thornton, Colo.
• Son of Richard and Kelie
• Has a brother, Kyle
• Member of the Colorado Rapids Development Academy system since the U13/14 age group
• Has appeared in 93 games over his career for the Rapids making 87 starts.
• Currently trains with the first team (MLS) and has made two appearances for the Colorado Springs Switchbacks of the USL
• Plans to major in computer information systems
• Favorite athlete is Messi and favorite food is steak


Zach Kirkwood – 5’11” Midfielder – Lewisville, Texas
• Son of Don and Stacy
• Has a sister, Taylor, and two younger brothers Gage and Gunner
• Three-year letterwinner at John Paul II High School
• Was a 6A all-state and all-district selection
• Started as freshman for a conference champion team that played in the state finals
• Plays club for Solar Development Academy where he’s started 13 of 17 matches this season
• Competed in the Gothia Cup in Sweden and the Dana Cup in Denmark
• Enjoys filming, editing and photography in his free time
• Favorite actor is Sylvester Stallone and list burgers as favorite food


Ethan Rose – 5’11” Defender – Milton, Ga.
• Son of Mike and Stacey
• Has two brothers, Jarvin and Zach
• Four-year letterwinner at Cambridge High School
• Team captain for three years and voted team MVP in 2018
• Two-time first-team all-region selection
• Region player of the year in 2018
• Started every game for four seasons and finished high school career with 23 goals and 47 assists, led team to quarterfinals of state playoffs on four occasions
• Played club for GSA 00/01′
• Also excels in the classroom where he was a member of the National Technical Honors Society
• Plans to major in computer information systems
• Favorite athlete is Gareth Bale and enjoys playing FIFA and ping-pong in his free time


CJ Mitchell-Smith – 6’0″ Midfielder – Brampton, Ontario
• Son of Courtney and Althea
• Has a brother, Voshon, and a sister, Iesha
• Played two seasons at Mississippi Gulf Coast Community College where he was a first team all-conference selection
• Also named to the United Soccer Coaches All-South Region Team
• Top point scorer for the Bulldogs
• MVP and player of the year at Davix Suzuki Secondary School
• Played for USL’s Colorado Switchback
• Plans to major in sociology
• Favorite food is lasagna and favorite genre of music is hip-hop


Donovan Wu – 6’0″ Defender – Medford, N.J.
• Son of Donald and Kelly Anne
• Has two brothers, Dalton and Darren
• Played three season for Philadelphia Union Development Academy where he was named defender of the year in 2016
• Appeared in 49 games making 46 starts
• Transferred to the N.Y. Red Bulls Development Academy (U19) for his final season of club ball
• Standout student who maintained 4.0 GPA all throughout high school
• Plans to major in business
• Enjoys playing pickup basketball
• Favorite food is eggs and favorite athlete is Carson Wentz


Buenyamin Yusufoglu – 6’1″ Goalkeeper – Dinslaken, Germany
• Son of Peter and Milena
• Has a sister, Sibel
• Played two seasons at Florida Southern College (NCAA Division II) in Lakeland, Fla.
• Started 29 games in two seasons, posting a 0.95 goals against average
• Went 19-19 overall with 96 saves (.780 save percentage) and 11 shutouts
• Had a stellar 2018-19 season, posting a 12-4 record with nine shutouts, 48 saves (.762 save percentage) and a goals against average of 0.94
• Plans to major in business administration
• Favorite food is Mediterranean and favorite athlete is Dirk Nowitzki