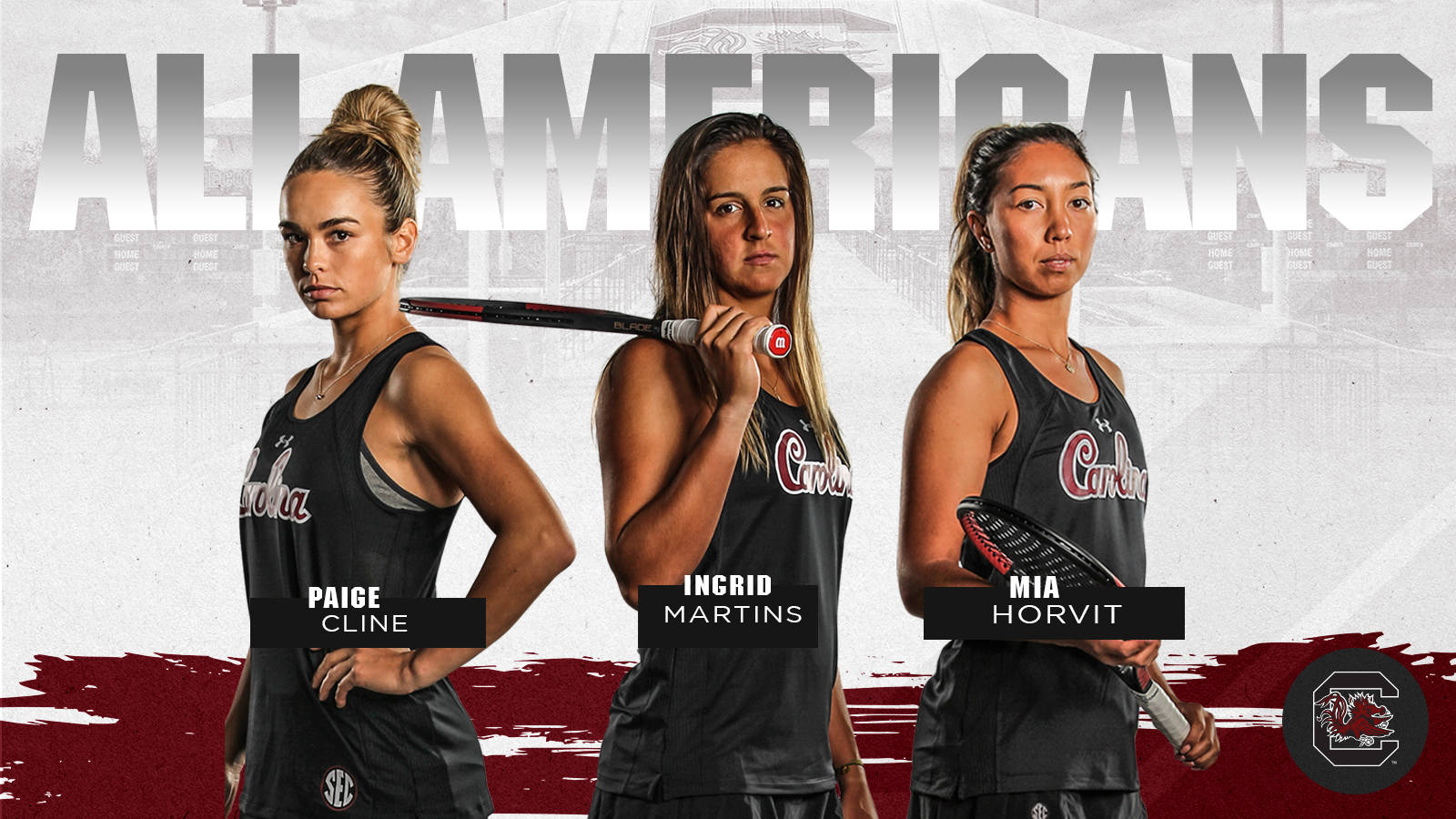 In singles, Cline and Martins earned automatic All-America status for being seeded in the NCAA Singles Championship. Martins competed as the No. 4 seed and Cline participated as a No. 9-16 seed.

Earning honors in doubles as well, Martins and Horvit also earned automatic status as the No. 4 seed in the NCAA Doubles Championship.

The four honors mark the most in one season for the Gamecocks and doubles the overall singles All-Americans for Carolina. All three student-athletes were First-Team All-SEC selections after outstanding seasons with South Carolina. Cline, Horvit and Martins were the only Gamecocks to have over 20 singles wins.

For Horvit, this is her second honor after collecting the status in 2017 as a singles player. This is also Cline’s second time as an All-American, being named on the doubles side in 2016. For Martins, her two-time status this season are her first-ever honors as an All-American.