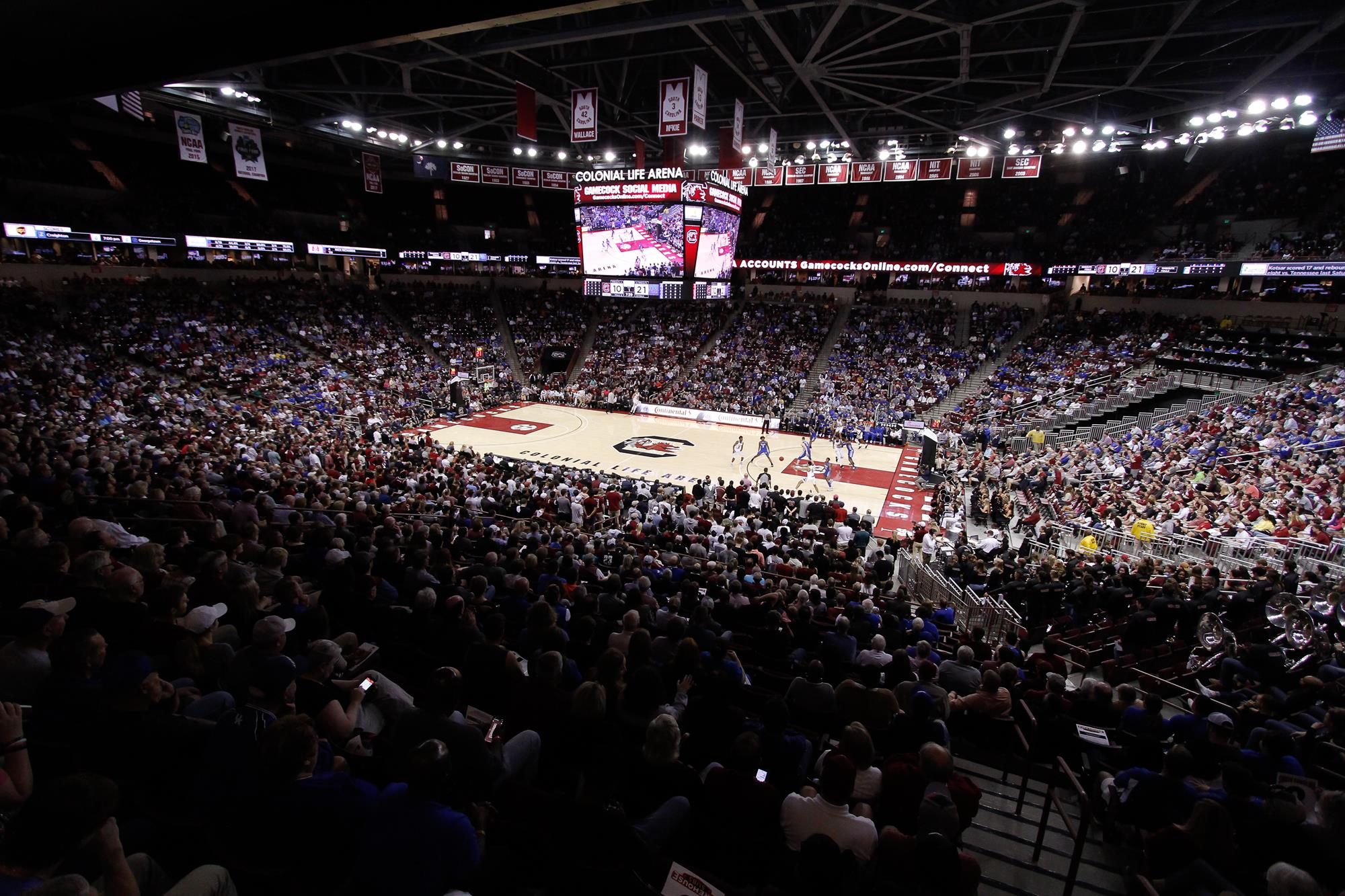 COLUMBIA, S.C. – University of South Carolina head men’s basketball coach Frank Martin announced on Tuesday a home-and-home series with Georgetown, set to begin on Dec. 5, 2021, in Columbia.  The return meeting in Washington is set for a weekend matchup in December 2022.

“I can’t express how excited I am to be able to play a game against a program like Georgetown, led by one of the great people in the game of basketball in Patrick Ewing,” Martin said.  “Georgetown is coming off of a great run last year, an NCAA Tournament run, and it’s one of the historic programs that in my lifetime, we all grew up respecting.  Coach Thompson, even though he’s not with us in person anymore, the spirit and the strength that he built the Georgetown program on, we all still look to his example in college basketball as we try to grow the game and grow the people who play the game.  Being able to start this series is going to be great for our program, for basketball and for everyone who will be a part of it.”

The matchup this December will mark the sixth all-time between the Gamecocks and Hoyas, and the first since the 2004-05 campaign.  In that last meeting, Carlos Powell scored 21 points and was 9-of-10 at the free throw line in a 69-66 Carolina win at the Colonial Center in the NIT Quarterfinals to advance the Gamecocks to the event’s Semifinals in New York City.  Carolina defeated Maryland in the Semifinals, and would go on to clinch the NIT Championship with a three-point win over St. Joseph’s.

The series dates back to a 31-14 Georgetown win in Washington on Feb. 10, 1923.  The teams have never met on a neutral court, and the series is tied at 1-1 in Columbia, and the Hoyas have won all three meetings on their homecourt.

Continue to visit GamecocksOnline.com for updates on Carolina’s 2021-22 season schedule.