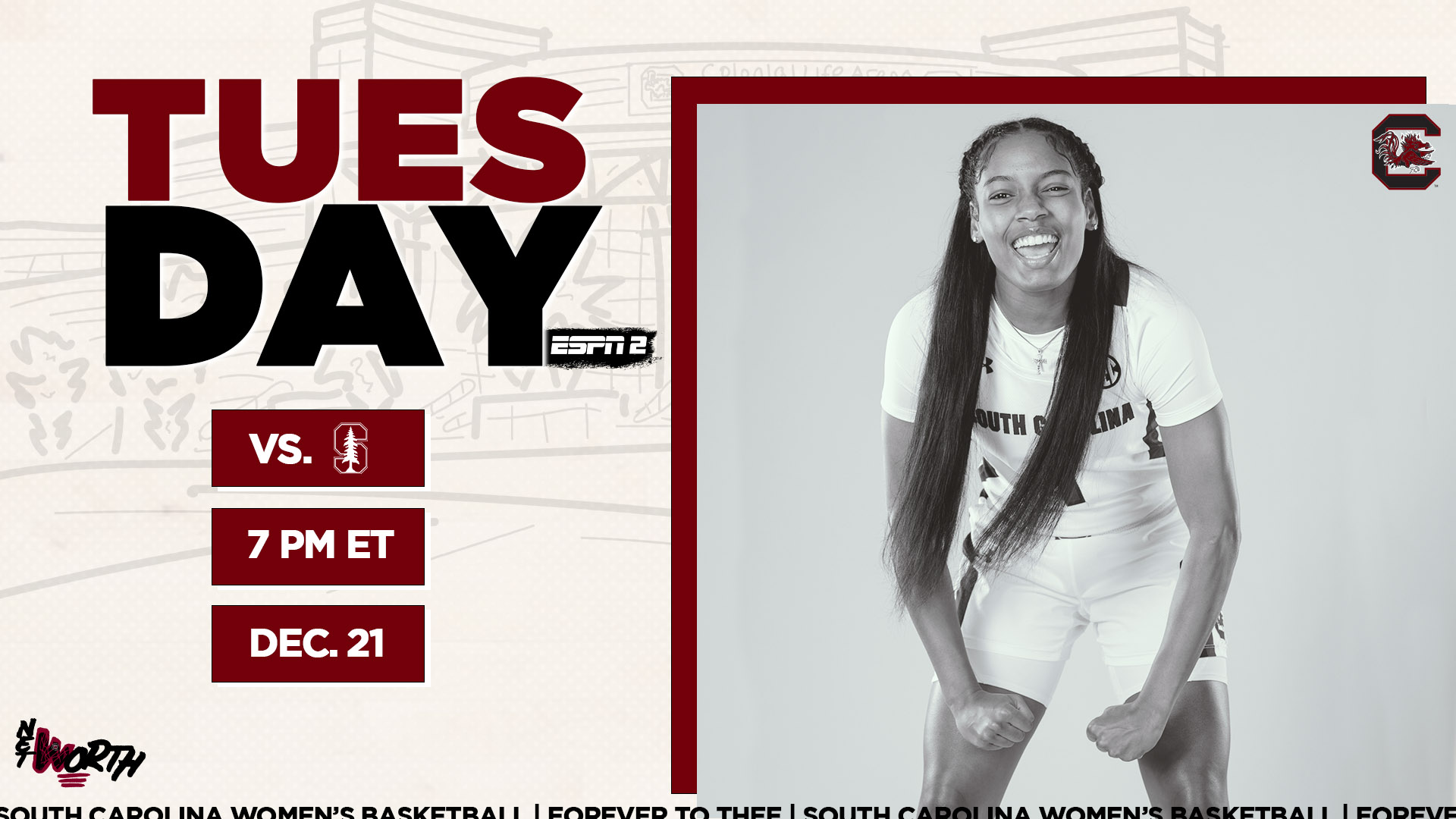 5 – Both teams tonight lead the country with five games vs. ranked opponents, only one of which has been played at home for each.

8.8 – The Gamecocks lead the nation with 8.8 blocks per game, including 7.0 per game against ranked opponents.

46.1 – South Carolina reels in 46.1 percent of its own missed shots, leading the SEC in offensive rebounding percentage.

The Stanford Series
The Cardinal lead the all-time series 6-1 with a 5-1 edge in the Dawn Staley era. Four of the seven games have come in the regular season, including the most recent, which was a 53-49 win by then-No. 1 Stanford on Dec. 19, 2012.

Both teams have been ranked in the last four meetings, dating back to the 2012 NCAA Tournament contest in Fresno, Calif. The higher-ranked team has won each of those four meetings.

After the Gamecocks knocked Stanford out of the 2017 NCAA Final Four on the way to their National Championship, the Cardinal returned the favor in 2021 with a well documented one-point victory in San Antonio on April 2.

In that game, the Gamecocks rallied from a six-point halftime deficit behind 14 points from Destanni Henderson and 13 from Zia Cooke in the final 20 minutes. The pair combined for six 3s in the second half, the last of which put the Gamecocks up by one with 39 seconds to go before a Haley Jones putback reclaimed the lead seconds later.

Ranked Readings
Against ranked opponents, South Carolina is 90-66 in the Dawn Staley era (beginning 2008-09), and even that mark is skewed by the early seasons of her tenure.

This season, South Carolina’s five wins over ranked opponents (all top-15 teams) are the most in the country and have come by an average of 11.6 points.

Juniors Zia Cooke and Aliyah Boston lead the team with 16.2 points per game against ranked opponents. Boston completes her double-double average with 11.8 points per game .

Great Gamecock Fans
South Carolina fans have led the nation in average attendance in each of the last seven seasons. With over 10,100 season tickets sold this season – the most since 10,221 were out in 2016-17 – that streak looks to continue for another year.

The Gamecocks’ home opener against Clemson (Nov. 17) drew 13,363 fans for the highest attended game in the NCAA so far this season, and South Carolina’s five home games are four of the top five attended games in the country.

Excluding the COVID limited-attendance season of 2019-20, South Carolina has drawn at least 10,000 fans in 52 consecutive games dating back to the Nov. 10, 2017, season opener. In regular-season action (excluding NCAA Tournament games), the streak stretches to 87 games beginning on Jan. 2, 2015.