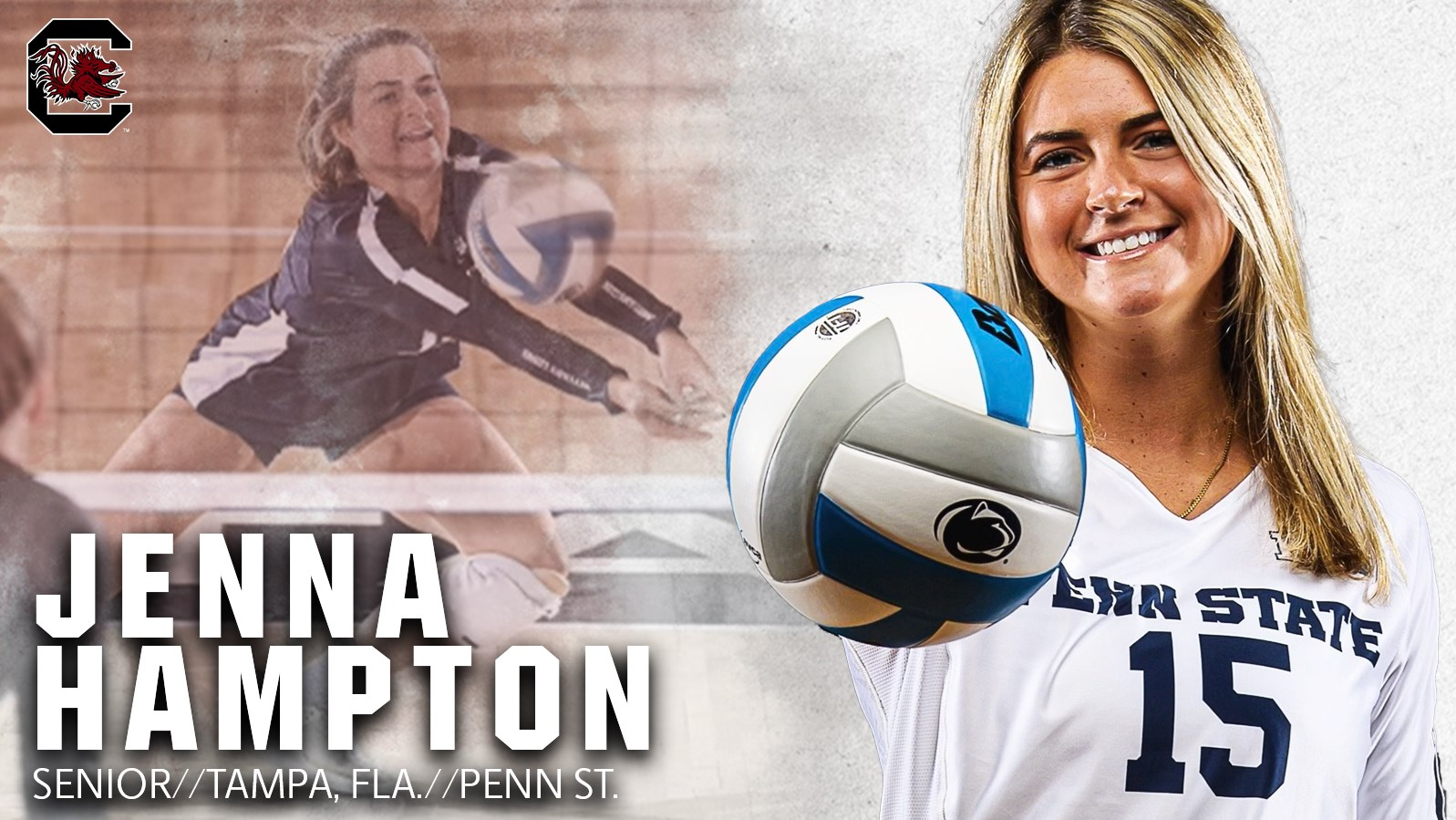 COLUMBIA, S.C. – Head coach Tom Mendoza announced the addition of Penn State transfer Jenna Hampton Tuesday evening. A native of Tampa, Fla., Hampton played four seasons as a defensive specialist and libero for the Nittany Lions and joins South Carolina for the spring semester ahead of the 2022 fall season.

“We are incredibly excited to welcome Jenna to the Gamecock volleyball family. We’ve been so impressed with Jenna as a person, she is going to fit in very well with our returning group and the culture we are setting for our program,” said Mendoza. “On the court, it’s Jenna’s ability to make those around her better that we are most excited to see. Passers want to play with other elite passers, this spring we’re looking for our players to set a tone defensively and I bet that Jenna will be one of the players leading that charge.”

After playing libero in 14 of the team’s 16 matches in 2020-21, Hampton resumed the role in 2021 and proved to be one of the top defenders in the Big Ten. She led all passers with 4.83 digs per set in conference play, earning her second-team All-Big Ten honors and a spot on the AVCA All-Northeast Region Honorable Mention Team. Over Penn State’s 32 matches, she recorded 20 or more digs 10 times and finished the season with 530 digs – third-most in the Big 10 and 36th-most in the country.

Over her four seasons in Happy Valley, Hampton totaled 1,077 digs and 54 service aces over 112 career matches. The Nittany Lions reached the NCAA tournament’s regional final in her freshmen and sophomore seasons and collected first-round wins in 2020-21 and 2021.

Prior to her college career, Hampton was a high school standout at Berkeley Prep in Tampa, making the 2017 Under Armour All-America second team and was ranked as the No. 31 recruit on the PrepVolleyball.com Senior Aces list. At the club level, she played libero for Orlando Tampa Volleyball Academy.

“I think she’s going to be a great fit for what we value as a program, where we are as a team, and what we think we can achieve as a group,” Mendoza added.

South Carolina finished the 2021 fall season with its third NCAA tournament berth in the last four seasons. The Gamecocks are set to bring back seven individuals who played in 25 or more matches this fall, including their leading blocker (Ellie Ruprich), digs leader (Morgan Carter) and two of their top three leaders in kills (Whitesides and McCutcheon). In the team’s NCAA tournament match, eight of the 11 Gamecocks who played were either freshmen or sophomores. The team begins its spring training and exhibition season next week.