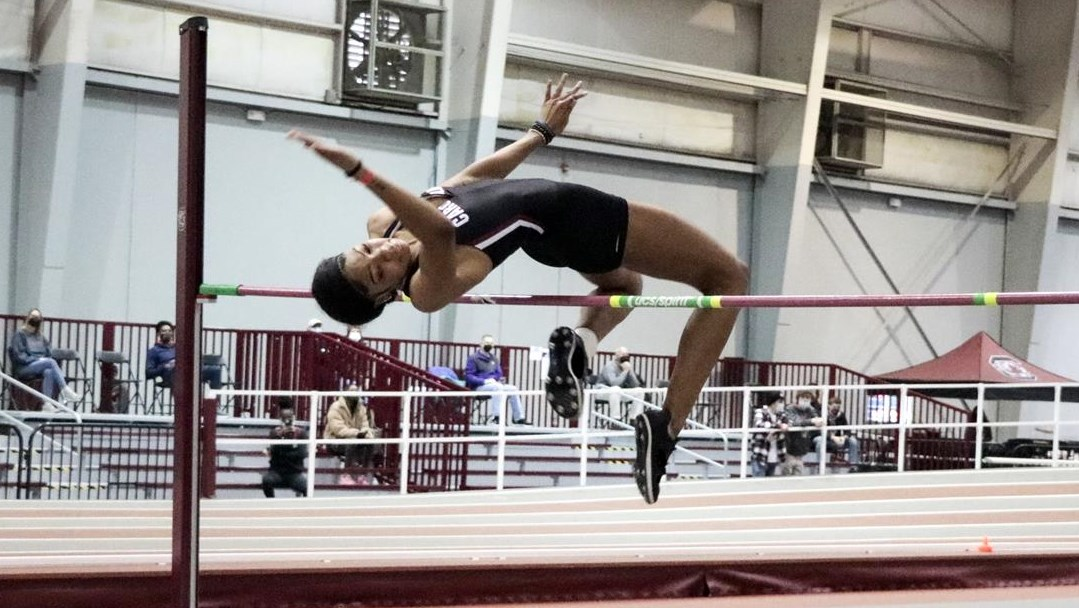 The Gamecocks concluded the Carolina Challenge on Saturday

COLUMBIA—The South Carolina track and field teams completed the Carolina Challenge with the final day of competition Saturday at the Carolina Indoor Track and Field Complex.

“Day two was a good day,” said head coach Curtis Frye. “Being at home has given us an advantage to help us coach people. We got the performances we need.

“We’ve got one more week of making some changes during the competition and then we’ll head up to New York where it’ll feel different and we can’t make the changes we might make while we’re at home.”

Defending outdoor high jump national champion Rachel Glenn opened up her season on Saturday in the high jump invitational section. She cleared 1.84m/6-0.50 to take home an individual victory. Glenn’s jump ties her for fourth on the NCAA performance list.

Glenn then closed out the day by helping the Gamecock women’s 4X400-meter relay team claim victory. Angel Frank, Stephanie Davis and Alysia Johnson joined Glenn to make up the victorious quartet. They ran a time of 3:36.70 to win the event.

Frank ran an impressive 400-meter race and shaved more than one second off her previous personal best. Frank ran a time of 55.22 to finish fifth in the overall 400 meters.

KD Young had a pair of personal bests for the Gamecocks. She took second in the women’s shot put invitational with a toss of 16.08m/52-9.25. That toss moves her into fifth on the Gamecocks’ all-time indoor performance list. Young also finished fourth in the women’s weight throw invitational and tossed the weight 19.01/62-4.50. Young’s weight throw toss moves her into No. 7 in Carolina history.

Jayla Jamison ran her first collegiate 200-meter race and took third with a time of 23.46. Jamison’s time is a new indoor personal best and puts her in a tie for No. 8 in the country in the event.

Carson Lenser impressed in the men’s pole vault invitational. He cleared 5.15m/16-10.75 to win the event. Lenser’s clearance puts the true freshman in a tie for No. 10 in school history.

The men’s distance medley relay team of Sean Petersen, Jordan Sessom, Kyle Reers and David Olds won the event with a time of 10:06.01. Their time sits at No. 17 in the country.

EJ Richardson and Jackson Junkins both finished in the top 10 of the men’s 400 meters. Richardson took fifth with a time of 48.19 and Junkins took eighth in 48.51.

The Gamecocks return to the track for another two-day meet at the Carolina Indoor Track and Field Complex. The South Carolina Invitational is slated to begin at 10 a.m. on Friday with Saturday’s action set to begin at 9:30 a.m.

“Next week, we’re back (at the Carolina Indoor Track and Field Complex),” Frye said. “Hopefully, we will have some good weather and some teams that might not have been able to make it will be able to come out to the meet next week.