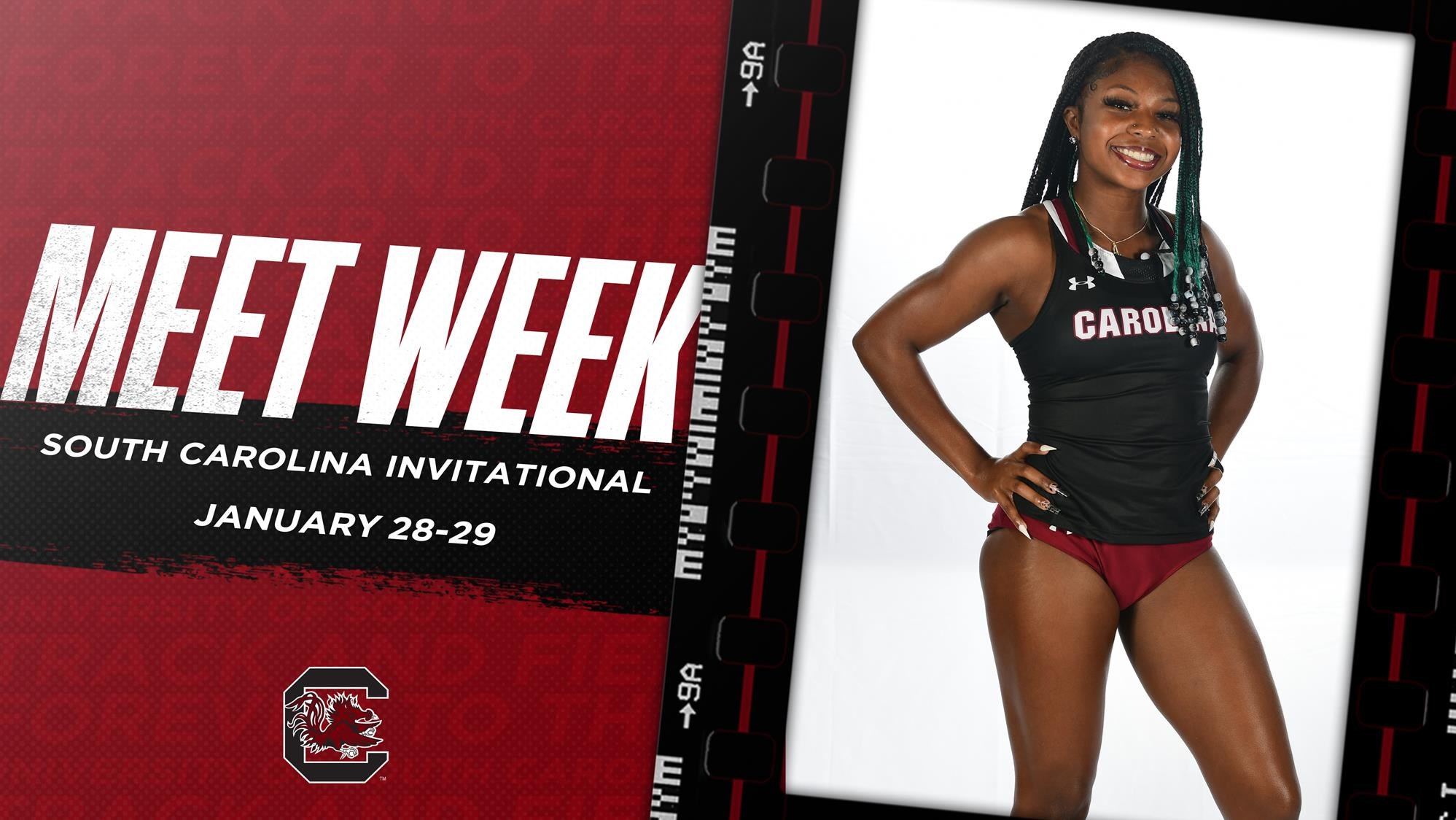 The third consecutive home meet wraps the homestead for Carolina

COLUMBIA– The South Carolina track and field teams wrap up a stretch of three consecutive home meets with the South Carolina Invitational on Friday and Saturday. The Gamecocks get one more chance for valuable time on their home track to make adjustments before heading to New York for the Dr. Sander Invitational.

Spectators are allowed at the Carolina Indoor Track and Field Complex. Tickets for each day are $10 for adults, $5 for kids 17 and under and children 2 and under are free. Tickets are cash only and seating is limited. Masking will be required and will be restricted to non-team areas. Live results can be found here.

Meet Schedule
Friday’s action is set to begin at 10 a.m. with four different field events. Track events on Friday are slated for a 11 a.m. start with the women’s 60 meters qualifying section. Saturday’s schedule is set for a 9:30 a.m. start with the men’s and women’s 3,000-meter racewalk. Field events begin at 10 a.m. with the men’s pole vault open section and men’s high jump open section.

Defending outdoor national high jump champion Rachel Glenn opened up her season in the high jump. She won the women’s high jump invitational section with a clearance of 1.84m/6-0.50. Her jump puts her in a tie for No. 4 in the NCAA.

Carson Lenser won the men’s pole vault invitational section with a clearance of 5.15m/16-10.75. That was a 25-centimeter college personal best.

Angel Frank shaved over one second off her personal best in the 400 meters, running a time of 55.22.

Coach Frye on the Meet
On his thoughts heading into this weekend’s South Carolina Invitational
“We’ve got another home meet with an opportunity to improve on some things. The big thing for us, is we want to run two good Mile (4X400-meter) relays and hone in on that. Filip (Demsar), we’re hoping to get him into the 7.70s because he’s at the bottom of qualification right now (for NCAAs). We’re going to have a great women’s 400 meters. We’re going to have Stephanie Davis go with Aaliyah Abrams and this past U.S. champion. Stephanie will have a good shot at the top time in the country with who we’ve got racing that. In the field, we’ve got Dylan Targgart coming back. We had a breakthrough last week in the men’s pole vault, so we’re hoping we have two guys over 17 feet. We’re picking things up and getting healthy. We’re excited to be at home before we go to New York. We’ve got some kids still competing to go to New York and have a great competition there against some great teams we don’t get to see like UCLA and Penn State and BYU.”

On what feeling Anthony Greenhow, Jr. and Jayla Jamison winning SEC Freshman of the Week invokes
“It invokes that we’ve had two great recruiting classes and this is that second great class. We said three years ago when this facility got built, these are the kinds of classes we would bring to Carolina. We expect it. We feel like we have two or three others in that same group who have got to come into it. Last year, we had two great high jumpers and now we’re just adding these classes together. Great teams come off of five great individuals. If you can have five great NCAA individuals, you have a great NCAA team. Everyone has the cake, but it’s about the icing. These are kids that could have gone to any school in America and been competitive. Their performance so far indicates that they are the right ones. Our job is to keep them on track.”

Jamison made her collegiate 200-meter debut and impressed at the Carolina Challenge to earn Co-Freshman of the Week honors. She ran a time of 23.46 to take third at the meet. Her time slots her at No. 8 in the NCAA and is tied for third-best in the SEC. Jamison’s run is also an indoor personal best.

The Gamecocks will have a chance at weekly honors with another home meet, the South Carolina Invitational, on Friday and Saturday.

Out of the Blocks Fast
The Gamecocks have 11 top-25 NCAA times and marks in sprinting and hurdling events.

The Road Less Traveled
The Gamecocks host the final of three consecutive home meets and will hit the road for their first meet outside of South Carolina this season.

After that, the Gamecocks will head to the Tiger Paw Invite at Clemson. The two week road stretch marks the first time this season the Gamecocks will go to meets away from home in back-to-back weekends before heading back home for the UofSC Open on Feb. 18.