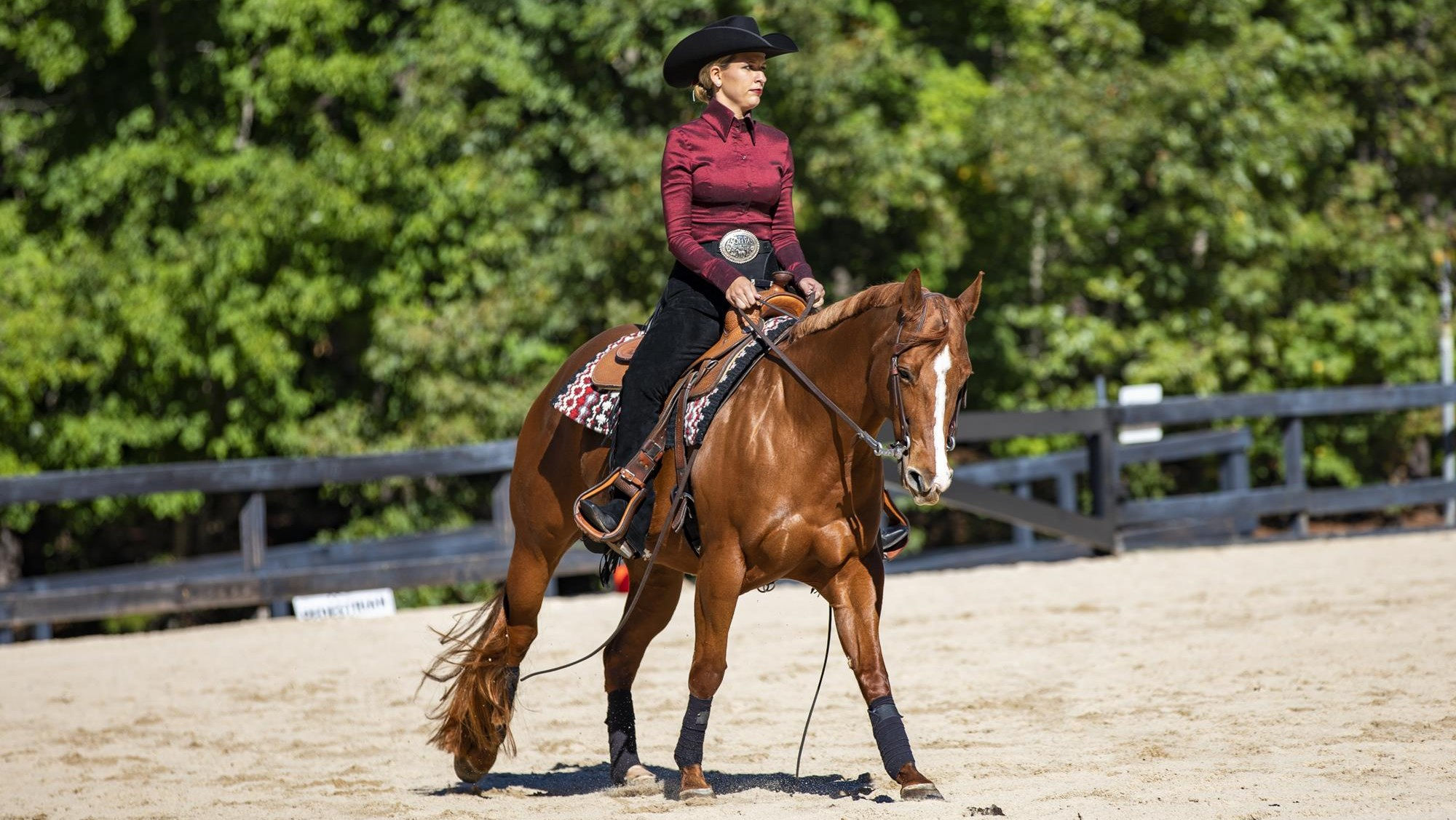 Gamecocks Warmed Up for Spring with an Exhibition Meet

BLYTHEWOOD, S.C. – South Carolina kicked off its spring season with an exhibition match on Friday. The jumping seat riders competed in an intrasquad garnet and black scrimmage while the western squad faced Ohio State.

Competition began on the flat, in which the Black team earned three points. Caroline Bald earned a 77.5 on Glen, Maya Clarkson earned an 83.5 and M.O.P. honors on Tanner, and Alice Kass notched the last point with a 76 on Cuidento. Madeline Schaefer‘s 68 on Barnaby and Mya Pinski‘s 68 on Murphy earned the Garnet team two points.

In fences, the Garnet team put two points on the board with Jordan Allen‘s 78 on Quentin and Maro Reppas‘ 71 on Dallas. Team Black earned three additional points from Bald, Alexa Aureliano and Nina Columbia. Aureliano scored a 77 on Redford while Bald and Columbia each scored a 79 on Mack and on Joe, respectively. Columbia was awarded M.O.P. honors for her ride and helped Black top Garnet 6-4.

For horsemanship, the Gamecocks quickly went up 4-0 to sweep the event. Christy Mueller with a 71.5, Michaela Schrimm with a 72.5 and Kiersten Beckner with a 73.5 all earned points for South Carolina. The top score in the event went to Kendie Herlocker with a 75 which earned her M.O.P. honors in the event.

South Carolina only had two chances to earn points in the reining event. One point went to Ohio State, but freshmanBrianna Carter earned the final point for the Gamecocks with a 71 on Stoner to take M.O.P. honors.

The Gamecocks will resume their season on Saturday, Feb. 5 when they host No. 3 Auburn at One Wood Farm at 10 a.m.

For more information on South Carolina equestrian, check out the team on GamecocksOnline and on social media: