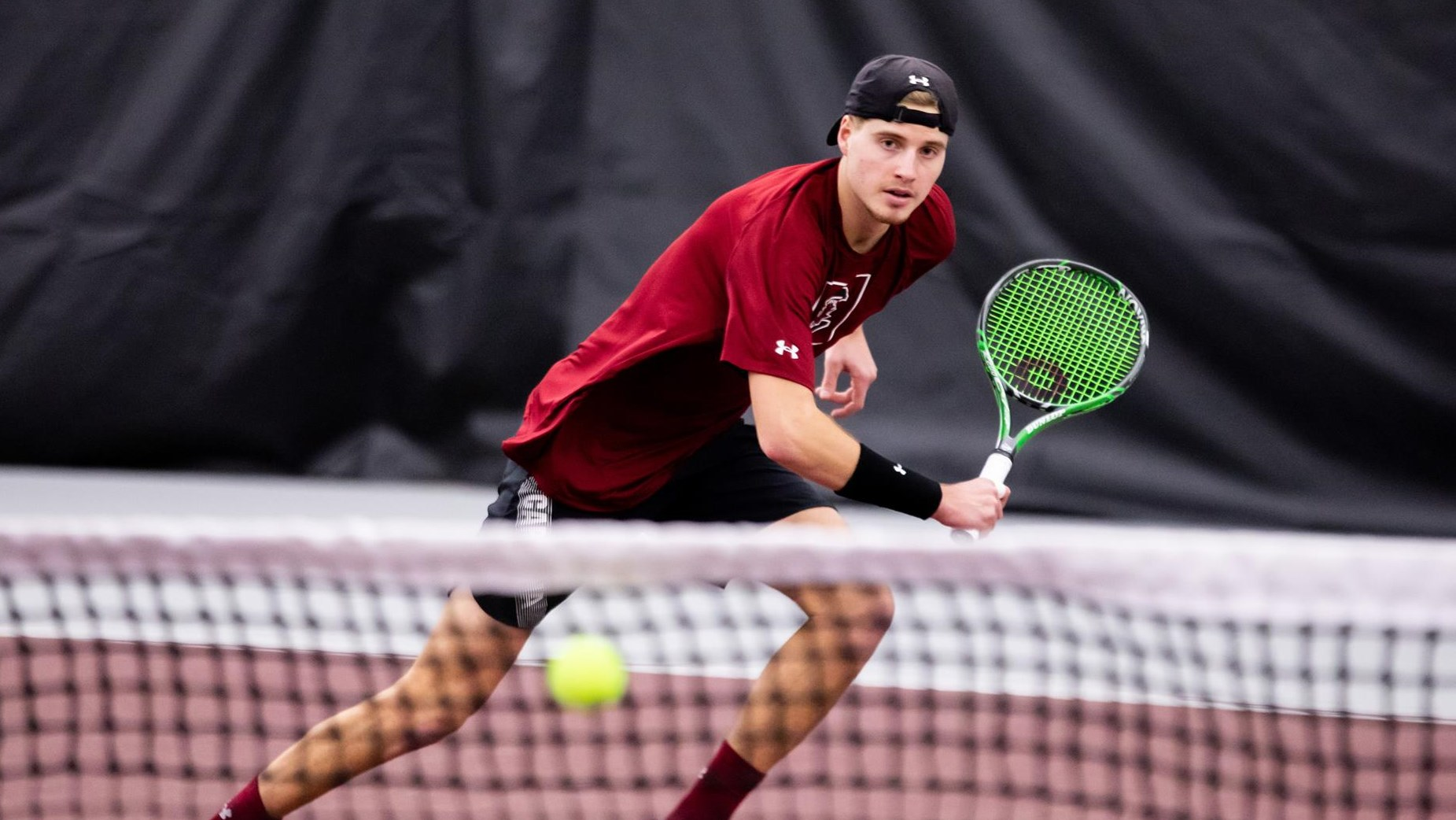 Columbia, S.C. – No. 13 South Carolina men’s tennis will host Duke, Liberty and LSU for ITA Kickoff Weekend this weekend. The No. 1 seeded Gamecocks will face off against the No. 4 seeded LSU Tigers on Sat., Jan., 29, at 11 a.m. before the No. 2 seeded Duke Blue Devils battle the Liberty Flames at 2 p.m.

Sunday will bring the consolation match at 11 a.m. and the championship match at 2 p.m. The winner of the weekend will advance to the ITA National Indoor Championships in Seattle, WA,  Feb., 18-21.

All matches will be played at the Carolina Indoor Tennis Center. Admission is free and open to the public. Masks are required for all spectators in accordance with University policy. Live stats will be provided on GamecocksOnline.com

Gamecock Notables
• The Gamecocks started their season a perfect 4-0, opening their season with four straight wins with only three dropped sets.
• Doubles pair Connor Thomson and Daniel Rodrigues took down the nation’s No. 9 ranked doubles pair of Coy Simon and Stefanos Savva from Charlotte.
• Thomson earned four doubles wins and four singles wins on the Gamecocks’ opening weekend. In singles, he won every match in straight sets and never allowed his opponents more than two games in a set.
• Junior Raphael Lambling also went perfect in singles and doubles through the opening weekend. He paired with sophomore James Story to earn four doubles wins. He earned two of his singles wins from the No. 4 position, one from the No. 3 position, and one from the No. 2 position.
• Junior Jake Beasley and sophomore Toby Samuel remain perfect together as a doubles pair. The duo went 4-0 through the opening weekend and have an 8-0 record extending through the fall season.
• In the last two seasons, South Carolina is 3-1 in ITA Kickoff Weekend action, advancing to the ITA National Team Indoor Championship in 2020 for the first time since 2006. This marks the first time the Gamecocks have hosted ITA Kickoff Weekend in program history.


Scouting the Field
Duke
• The Blue Devils are 2-0 on the season with a 7-0 win over Elon and a 6-1 win over North Carolina Central.
• Duke has two players ranked in the top 125 – No. 38 Faris Khan and No. 76 Garrett Johns.
• The Blue Devils boast two ranked doubles pairs – No. 37 Garret Johns/Sean Sculley and No. 39 Michael Heller/Andrew Zhang.

Liberty
• The Flames are 1-1 on the season with a 7-0 win over William & Mary and an 0-7 loss at No. 7 Virginia.
• Liberty ended last season ranked No. 39 in the final team rankings.
• The Flames are the reigning ASUN Conference Champions and were picked to finish first in their conference in 2022.

LSU
• The Tigers opened their season 2-0 with wins over Incarnate Word, 5-2 and 6-1.
• LSU is home to the nation’s No. 45 ranked doubles pair in Gabriel Diaz Freire and Vlad Lobak.
• The Tigers have returned six of last year’s players and added two freshmen along with three graduate transfers.