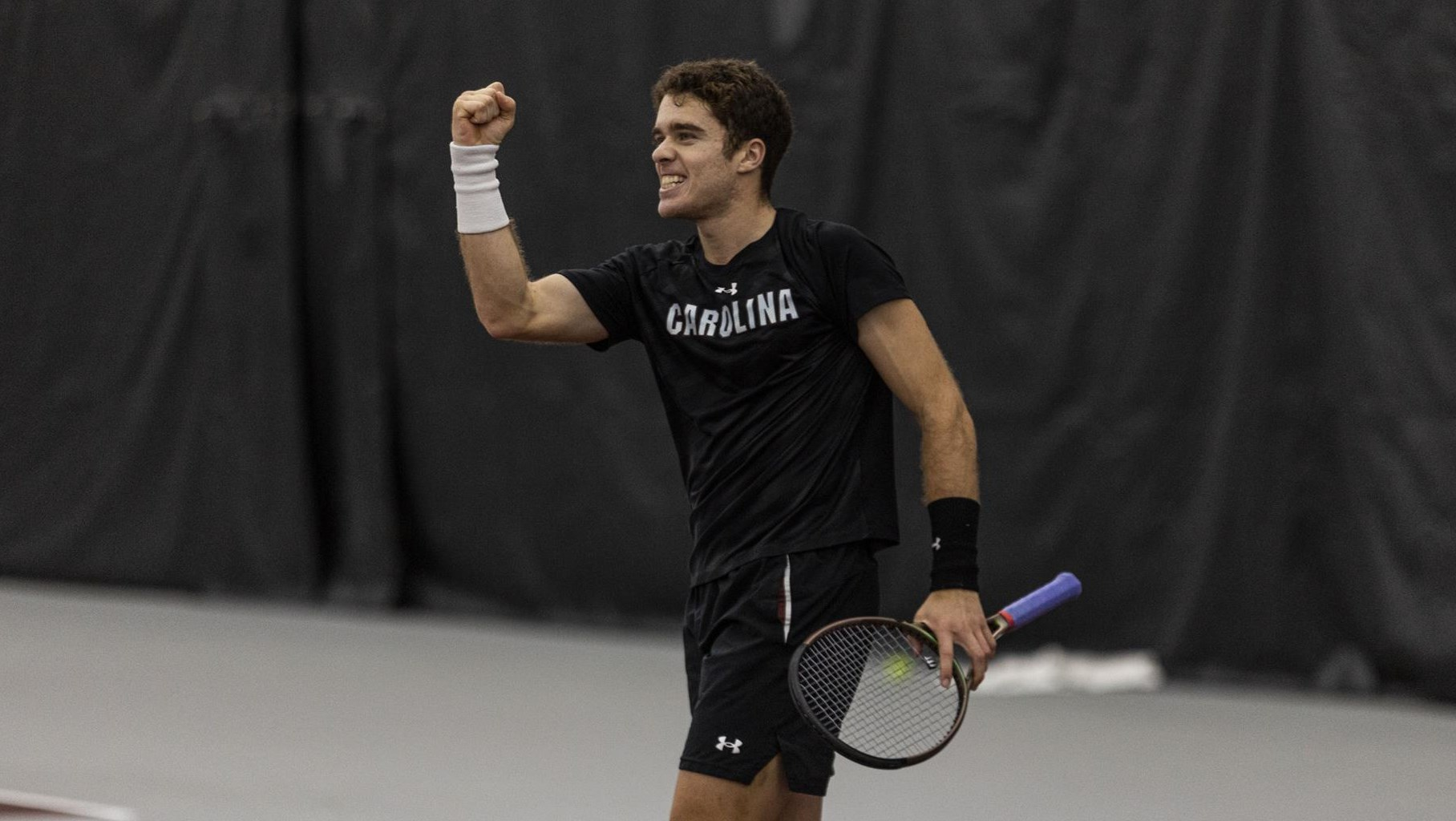 Columbia, S.C. – No. 13 South Carolina men’s tennis defeated Clemson 7-0 to win its seventh-straight match over the Tigers. This win is the Gamecocks’ 70th of the series that they lead 70-42-2.

“The guys decided that they were going to come out with energy from start to finish, which allows them to play great tennis from start to finish,” said head coach Josh Goffi. “7-0 against a team like Clemson – they fight like crazy, they never quit, and they made us finish on every single court – so it was a tough fight as always with them. No matter what anybody is ranked, it’s always a tough battle.”

In singles, Thomson was the first to clear his court with a 6-2, 6-0 win. Sophomore James Story earned the Gamecocks’ next point with his 6-2, 6-3 victory from his newly promoted spot at No. 5 in the lineup.

No. 29 Rodrigues clinched the match for South Carolina with a win over No. 109 Teodar Giusca. He cruised through the first set, 6-1, but had a more difficult battle in the second. Rodrigues gave up the first game of the set and traded the lead with his opponent three times before ultimately winning 7-5.

Matches continued with Beasley and No. 50 Samuel both defeating their opponents in three sets and junior Raphael Lambling defeating his with a 10-point tiebreak.

South Carolina’s 7-0 victory is its first shutout of the Tigers since 2017.

The Gamecocks will continue their non-conference schedule on Sun., Feb. 6, against Georgia Tech. The match will start at noon at Carolina Indoor Tennnis Center.