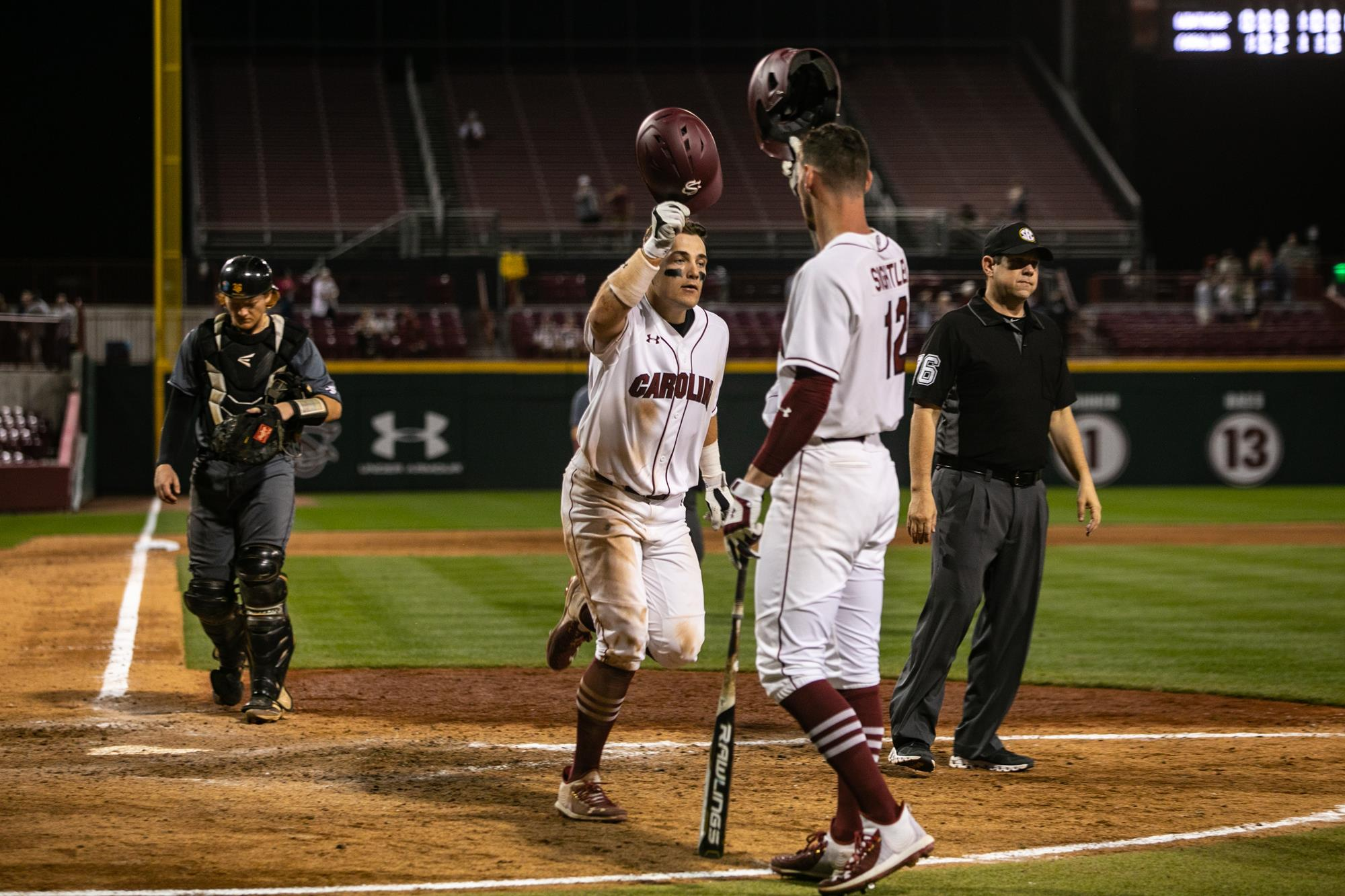 Kevin Madden belted his first home run and Cade Austin struck out three in four innings in the win.

Andrew Eyster had three hits and drove in a pair of runs while Kevin Madden had two hits, including his first home run as a Gamecock. Colin Burgess and Michael Braswell also had two hits apiece.

Austin earned the win in a predetermined pitch count start, going four innings and allowing four hits and a run with one walk. Aidan Hunter was excellent in relief, allowing three hits in three inning, striking out three and not allowing a walk or run. John Gilreath and CJ Weins each threw an inning of relief to close out the game.

Carolina scored an unearned run in the first as Eyster’s fielder’s choice scored Brandt Belk. The Gamecocks put up a pair in the third as Burgess’ single to left plated a pair. Winthrop answered in the fourth with a Dillon Morton home run, but a Madden RBI infield single in the bottom of the frame made it 4-1, then Eyster brought in Braswell with a single to center.

Braswell had an RBI single in the seventh and Madden connected with his first home run of 2022, a shot to left field for the 7-1 final.

UP NEXT
Carolina hosts George Washington this weekend for a three-game set. The first game is on Friday afternoon (Feb. 25) at 4 p.m. at Founders Park. The game will be televised on SEC Network Plus.