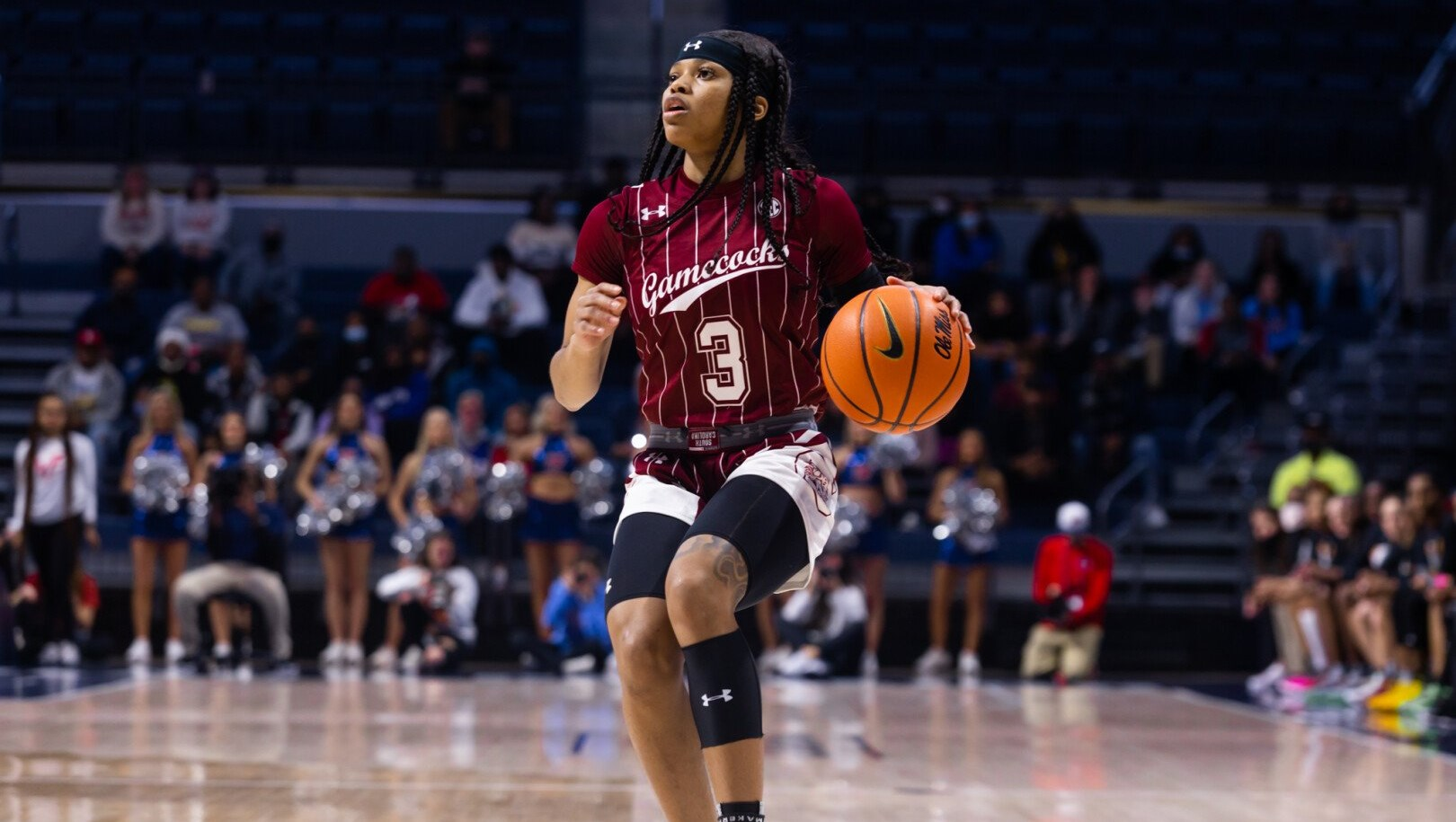 No. 1 South Carolina women pull away from Mississippi, 71-57

The Gamecocks start their SEC Tournament run on Friday, March 4

OXFORD, Miss. (AP) – Destanni Henderson tied her career high with 23 points and Aliyah Boston had 15 points and 14 rebounds to lead No. 1 South Carolina to a 71-57 win over Mississippi in the regular-season finale for both teams.

Boston extended her record streak of double-doubles to 21 for the Gamecocks (27-1, 15-1 Southeastern Conference), who had already clinched the regular-season title and No. 1 seed entering the league tournament in Nashville.

They found themselves in a tight game until a dominant closing stretch against the Rebels (22-7, 10-6), who had won four straight. Then South Carolina put it away with a 12-0 run.

Shakira Austin led Ole Miss with 20 points and seven rebounds and scored all of the Rebels’ eight points in the fourth. She made 8 of 14 shots.

Henderson had previously scored 23 against Gonzaga in November 2020. She also had eight assists on Sunday.

Boston had broken the SEC record with her 20th straight double-double Thursday night against Texas A&M.

Lashonda Monk scored 16 for Ole Miss and Angel Baker chipped in 11. Mimi Reid didn’t score but her five assists gave her a fourth straight season with 100-plus.

Ole Miss cut a seven-point halftime deficit down to 42-39 on a jump shot by Monk two minutes into the third quarter. Then the Rebels twice pulled to within four points early in the fourth before South Carolina scored 12 straight points to push its lead to double digits for the first time.

The Rebels went more than six minutes without a field goal in the fourth.

UP NEXT
As the number one overall seed in the upcoming SEC tournament, South Carolina receives a double-bye and will play its first game on Friday, March 4. For updates on opponents and game times, follow the Gamecocks on social media and GamecocksOnline.com.