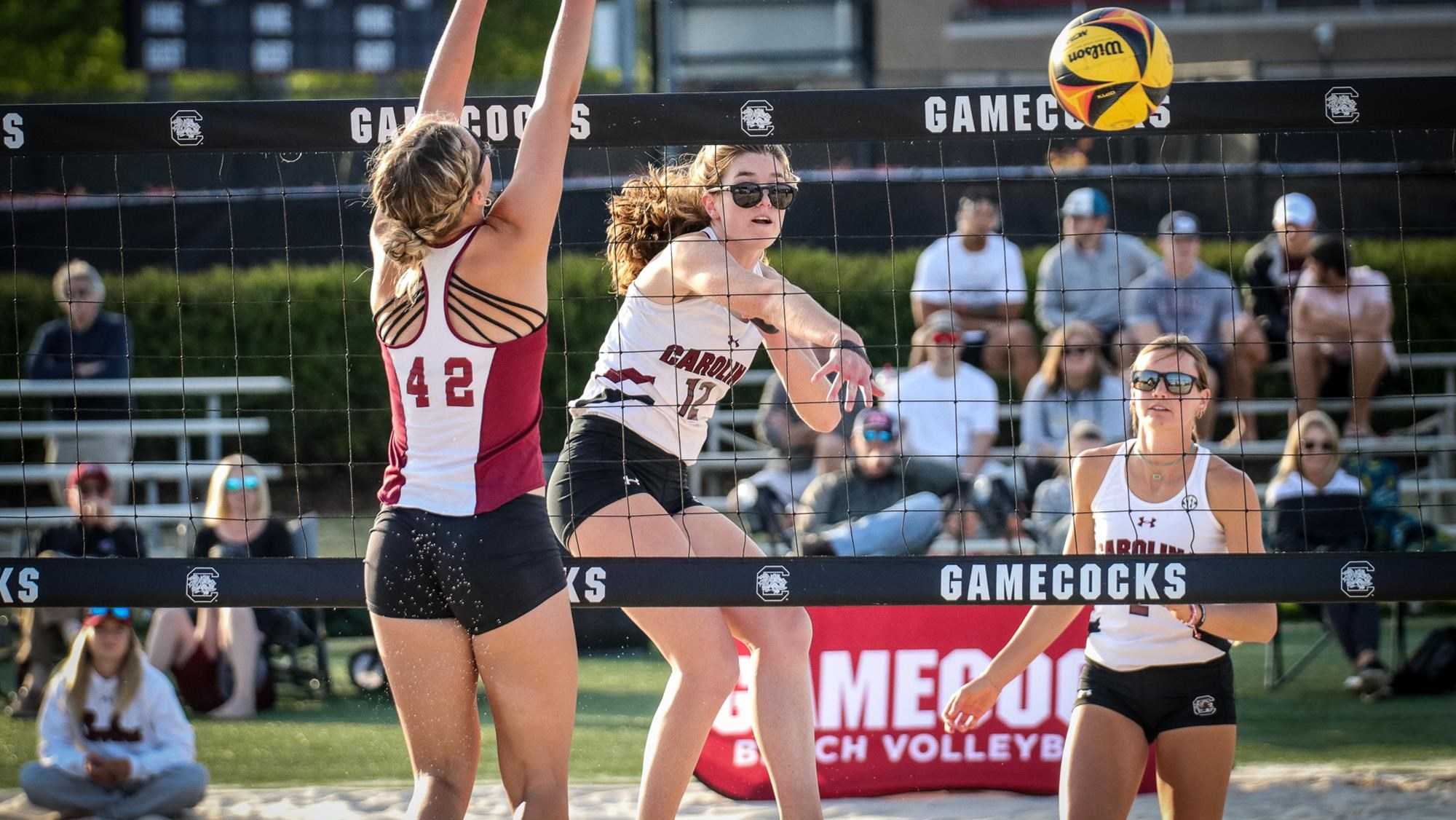 The team started all five of its graduating members in the dual, including Courtney Weber in the fifth pairing making her first start in the lineup and Nicole Deobler making her second and teaming with senior Abby Carroll in the fourth pairing. The Gamecocks made quick work on both courts to open the dual, with Weber and teammate Sophie Bengoechea winning 21-14, 21-15 and Carroll and Deobler winning 21-17, 21-9.

With the 2-0 lead, South Carolina carried the momentum into the final three courts. Senior Jordan Smith and freshman Lauren Wilcock clinched the team victory with a 21-10, 21-7 rout on court two and senior Whitley Ballard also swept her match on court one, teaming with Skylar Allen for a 21-17, 21-10 win. Kaeli Crews and Hannah Mackenhausen wrapped up the sweep with a 21-13, 21-10 win on court three, the 18th win of the season for the duo.

UP NEXT
The Gamecocks have the upcoming weekend off, then travel to Huntsville, Ala. for their conference tournament April 28-30. More information will be announced soon for the event.