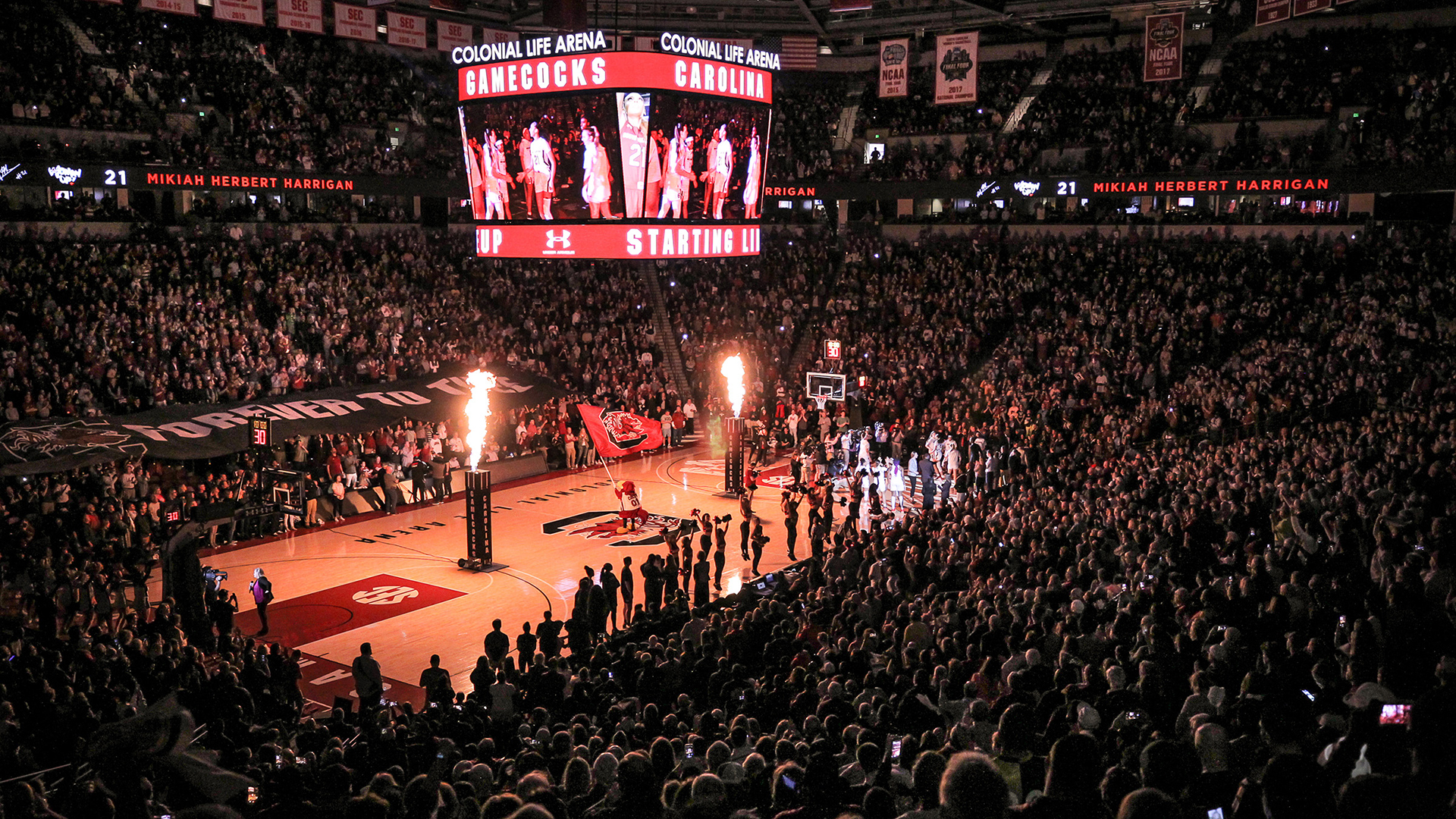 After opening the season at home, the Gamecocks will play the next four on the road, not returning to Colonial Life Arena until Sun., Nov. 27, to host Hampton.

The road swing in between home appearances starts at NCAA Sweet 16 team Maryland on Fri., Nov. 11, as the two renew their annual home-and-home contract. The Terrapins closed last season ranked in the top 15, but the Gamecocks have won the last two meetings and three of the last four.

South Carolina heads to in-state rival Clemson on Thu., Nov. 17, before heading to California for a pair of games. The Gamecocks renew what has become a hard-fought rivalry at Stanford on Sun., Nov. 20, marking South Carolina’s first trip to Palo Alto since November 2010. The two perennial powerhouses split their last two meetings as the Gamecocks rallied from a deficit late to defeat the Cardinal at Colonial life Arena in December 2021.

Back at Colonial Life Arena, South Carolina hosts Hampton on Sun., Nov. 27, before a West Coast team arrives on the East Coast in the form of WNIT semifinalist UCLA for a Tue., Nov. 29, contest. The Bruins last visited Columbia in December 2016 in what was a top-10 matchup that the Gamecocks claimed.

December tips off against Memphis on Sat., Dec. 3, as the Tigers look to build on last season’s 16-12 record. The two programs have not met since the 1992-93 season. After a break for final exams, the four-game homestand closes on Sun., Dec. 11, against Liberty, which finished last season at 25-5 in the WNIT second round.

Staley takes her team to Sioux Falls, S.D., for the third-straight season, this time facing WNIT Champion South Dakota State at the Sanford Pentagon on Thu., Dec. 15. It will be the first meeting between the teams since the Gamecocks knocked the Jackrabbits out of the 2013 NCAA Tournament in Boulder, Colo.

Two more games before the holiday break are set for Colonial Life Arena as a pair of in-state opponents come inland to Columbia. Charleston Southern arrives for a Sun., Dec. 18, game with Coastal Carolina closing out the set on Wed., Dec. 21.

As they have since the 2014-15 season, the Gamecocks will close their non-conference slate midway through their SEC schedule facing 2022 NCAA Runner-Up UConn. South Carolina heads north this season to face the Huskies on Sun., Feb. 5.

Adding this slate to the Gamecocks’ SEC schedule, Staley’s team will play 13 games against 2022 NCAA Tournament participants with nine of those coming on the road. South Carolina’s 29-game schedule includes 23 games against teams that finished last season on the NET top 100, including 15 against NET top-50 teams.

The Gamecocks will host an exhibition game against Benedict on Mon., Oct. 31, ahead of the season’s official start the following week.

Tipoff times and television information for all games will be announced at a later date.