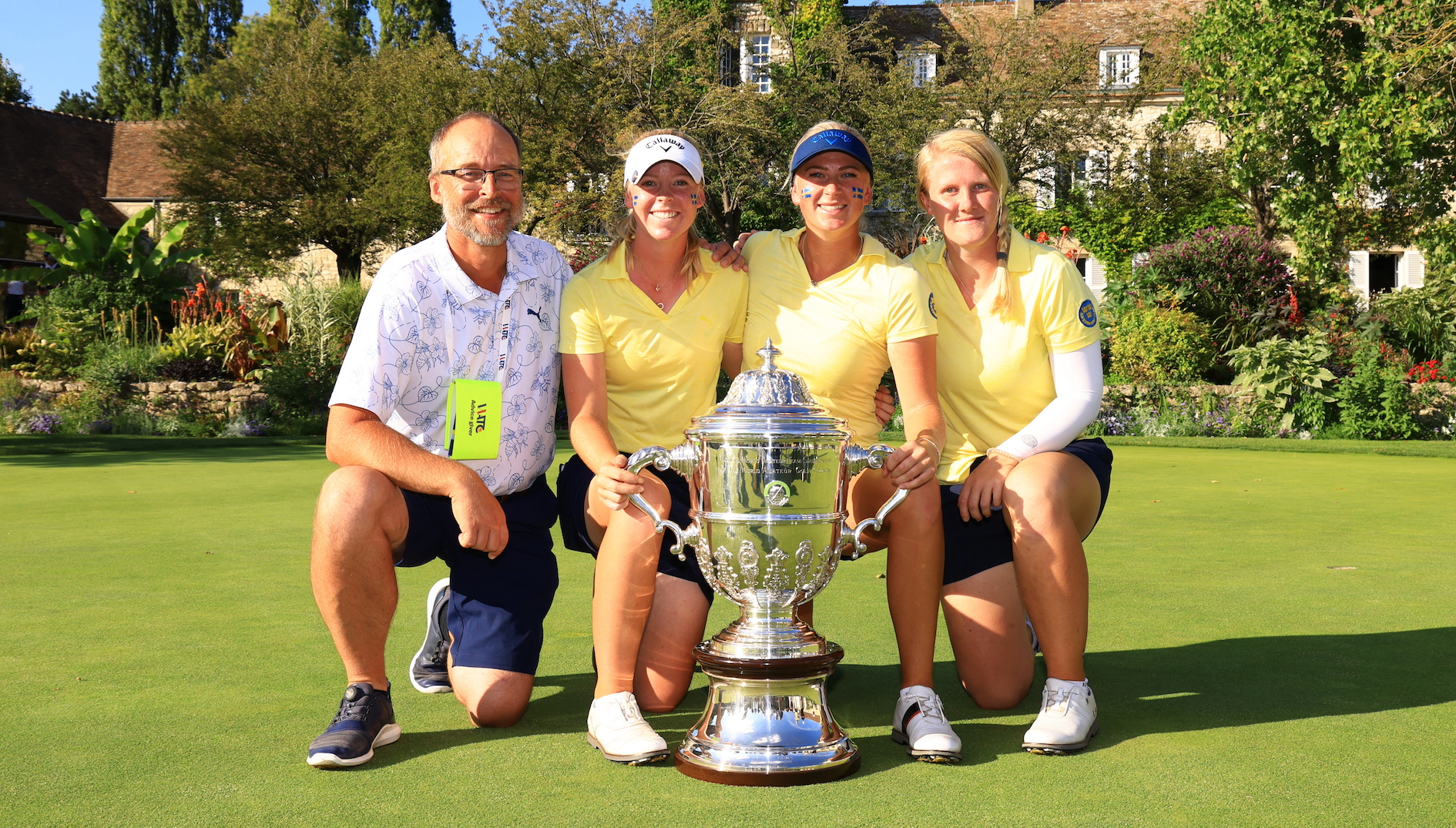 PARIS – Sophomore All-American Louise Rydqvist was a part of the Sweden Gold Medal winning squad at the World Am Team Championship over the weekend in France. Ingrid Linbald, an All-American from LSU, and Meja Örtengren were teammates of Rydqvist at Le Golf National and Golf de Saint-Nom-La- Brèteche.

The Swedish team shot 13-under, defeating the U.S. via tiebreaker for the coveted Espirito Santo Trophy. It’s the third win all-time for Sweden at the women’s World Am Team Championship.

Fellow sophomore All-American Hannah Darling had a standout showing for her native Scotland, finishing T-4th at 6-under, one shot off the pace of the winning score on the individual leaderboard at 7-under. She shot 74-61-65-70 for a 72-hole total of 280. Her second round 65 featured seven birdies.

The Gamecocks open the season Sept. 12-14, looking to defend the team’s title at the ANNIKA Intercollegiate at Royal Golf Club in Lake Elmo, Minn.