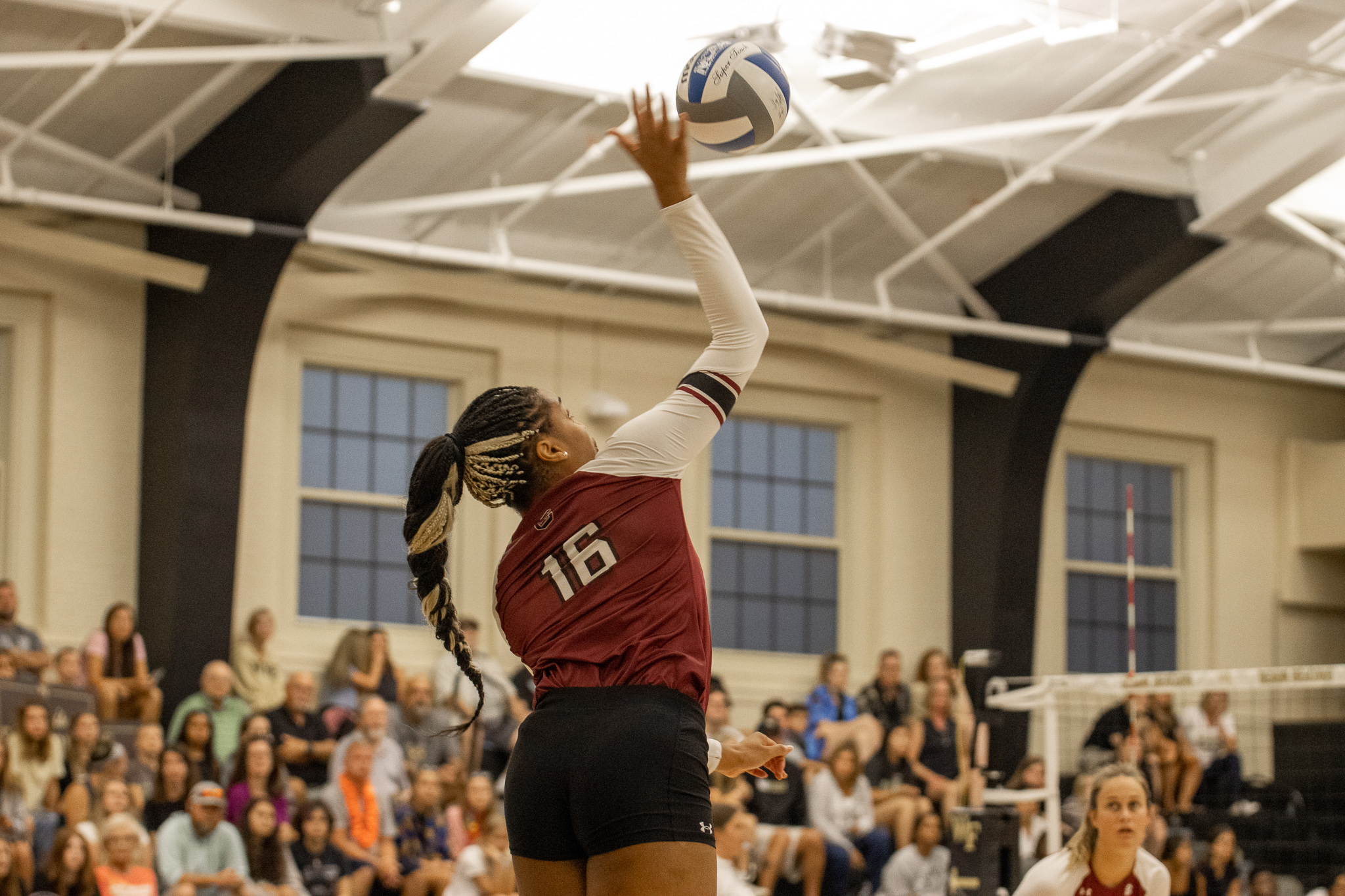 CLEMSON, S.C. – South Carolina volleyball finishes off a three-game road stretch with a game against Clemson on Tuesday night. First serve is scheduled for 7 p.m. and the match will air on ACCNX.

The Gamecocks are coming off back-to-back losses to ACC opponents, falling in straight sets at North Carolina on Friday and losing in four sets at Wake Forest on Saturday. On the line Tuesday is a six-game win streak in the rivalry with the Tigers; South Carolina has dropped just four sets in the current win streak but did need all five sets to leave Clemson with a win last time in the upstate, in 2019. The Gamecocks have won four of the last five road meetings in the series.

The Tigers are 4-2 this season, coming off a home weekend where they lost a pair of 3-2 decisions for their first losses of the fall. Clemson has an incredibly balanced offense, with six different hitters already with over 30 kills through its first six games. Leading that group is Camryn Hannah’s 79 kills (3.59 per set).