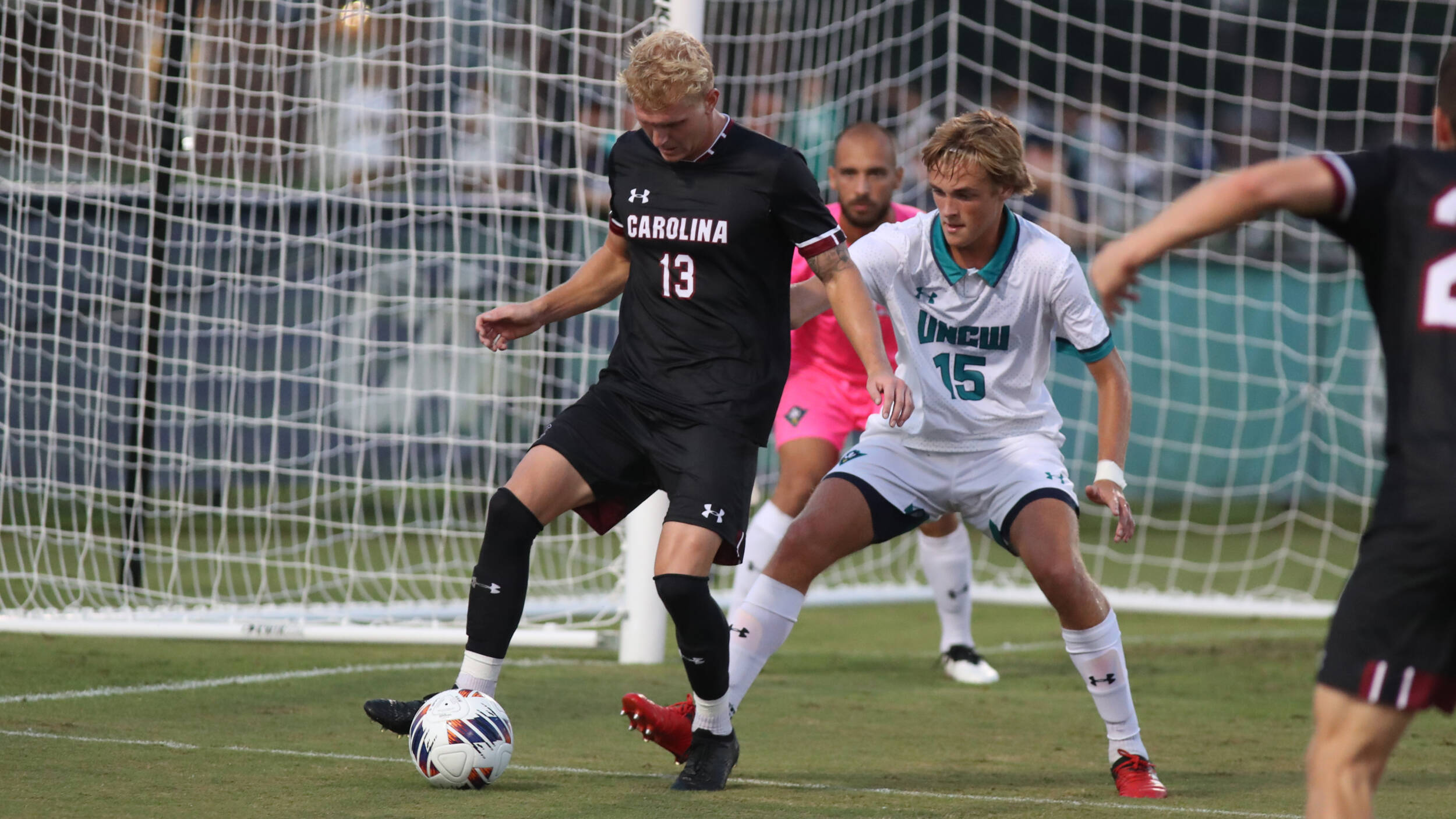 Pair of Second Half Goals Drop Gamecocks on the Road

For the night, Carolina dominated the possession game, controlling the ball for a 59-41 percent margin. The Gamecocks also out-shot UNCW 14-8, but the Seahawks finished with seven shots on goal compared to three for South Carolina. In net, Ben Alexander finished with five saves for the second consecutive match.

38′ | @benca1exander with the save on a close shot to the near post by the Seahawks. It’s his second save of the night.

The Gamecocks had a pair of early opportunities, the first of which came in the 3rd minute when Brian Banahan intercepted a pass by the Seahawk goalkeeper. Banahan’s shot to the near side was stopped by the goalies outstretched arm. He would have another opportunity in the 14th minute, when Banahan looked to head the ball home off a free kick chance, but it took a bounce just before the goal line and deflected off the keeper’s hand.

3′ | The Gamecocks with an early chance as @brianbanahan intercepts the pass and puts a shot on goal.

14′ | OH MY! @brianbanahan nearly puts it home again on this header off a set piece.

The Gamecocks out-shot the Seahawks 5-2 in the first half, with both sides putting two shots on goal.

Coming out of the break, both teams were quick to put a shot on target, as each side had a chance in the 49th minute. UNCW broke through in the 53rd minute, scoring off a rebound. They would add to the lead, converting on a penalty kick in the 74th minute.