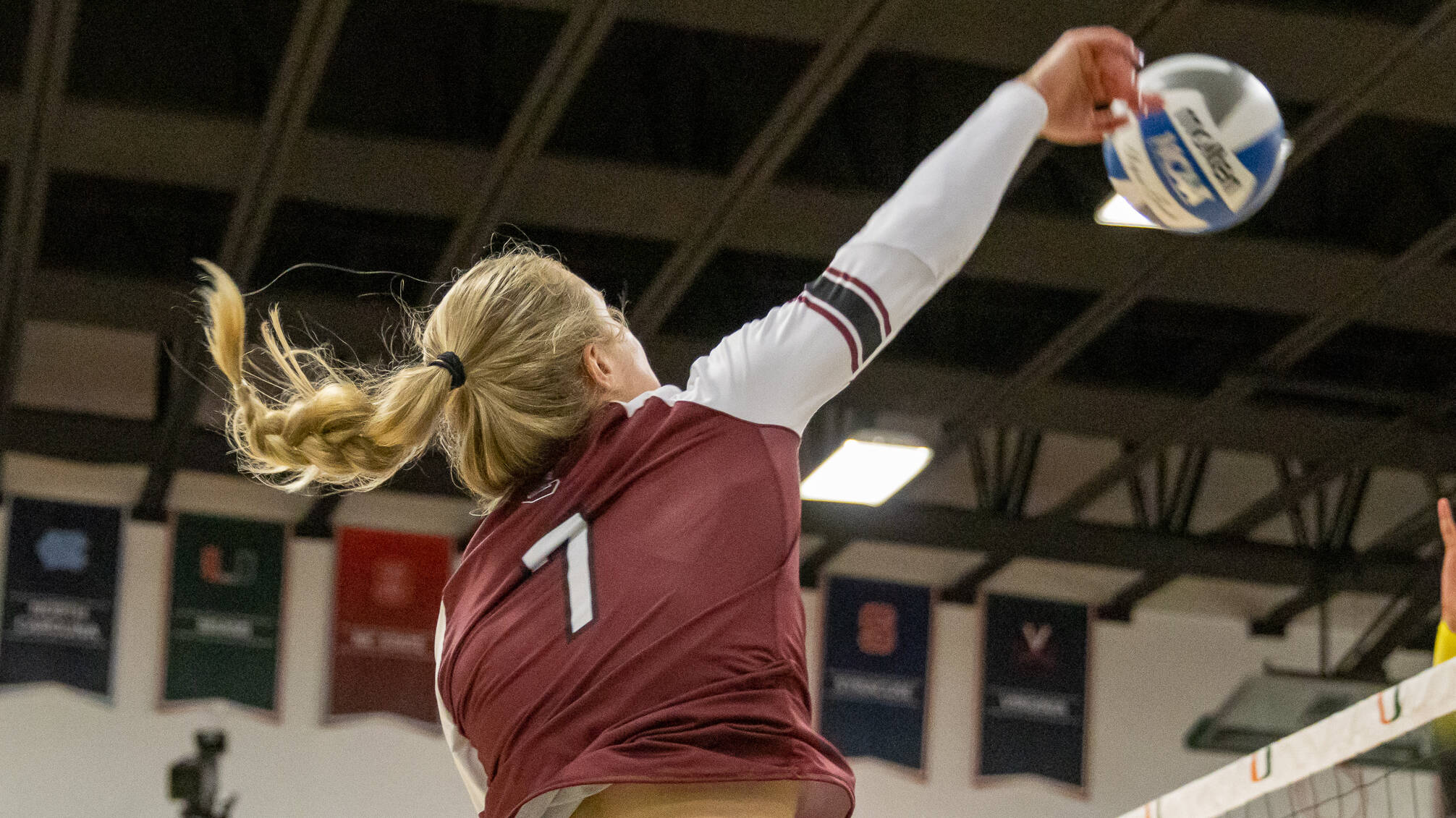 CORAL GABLES, FLA. – South Carolina volleyball fell in straight sets to No. 20 Oregon in the final game of its non-conference season. The Gamecocks are 6-4 entering SEC play, the Ducks improve to 5-2 this fall with the win.

1st SET: South Carolina’s offense started the match on the wrong foot, dropping the set 25-15 with just six total kills. Oregon totaled four blocks, four service aces and 14 digs to keep the ball off its side of the court.

2nd SET:  The Gamecocks picked up the pace on offense, both in kill total and attack efficiency, surpassing their set one totals early in the second. Despite their offensive improvement, Oregon’s offense remained locked-in and improved its offensive stats from set one, out-hitting Carolina .406 to .281 with 16 kills. Lauren McCutcheon (five kills), McKenzie Moorman (four) and Riley Whitesides (three) led the offense, committing just one attack error between the three.

3rd SET: Oregon closed out the sweep with another stout defensive performance in the third, forcing more Gamecock errors (seven) than kills (five) in a 25-14 set score. Moorman accounted for more than half the team’s kills with three more in the third, the senior pin finished the afternoon with a team-high eight kills and did not commit an error on the attack.

UP NEXT
Conference play awaits the Gamecocks next, starting with a two-game series at home against Florida from Sept. 24-25. The Gators are 8-2 and ranked 16th nationally but will likely be on the way up after a 3-2 upset of No. 4 Wisconsin on the road in its last match Sept. 17. Follow @GamecockVolley on Twitter for updates on the team.