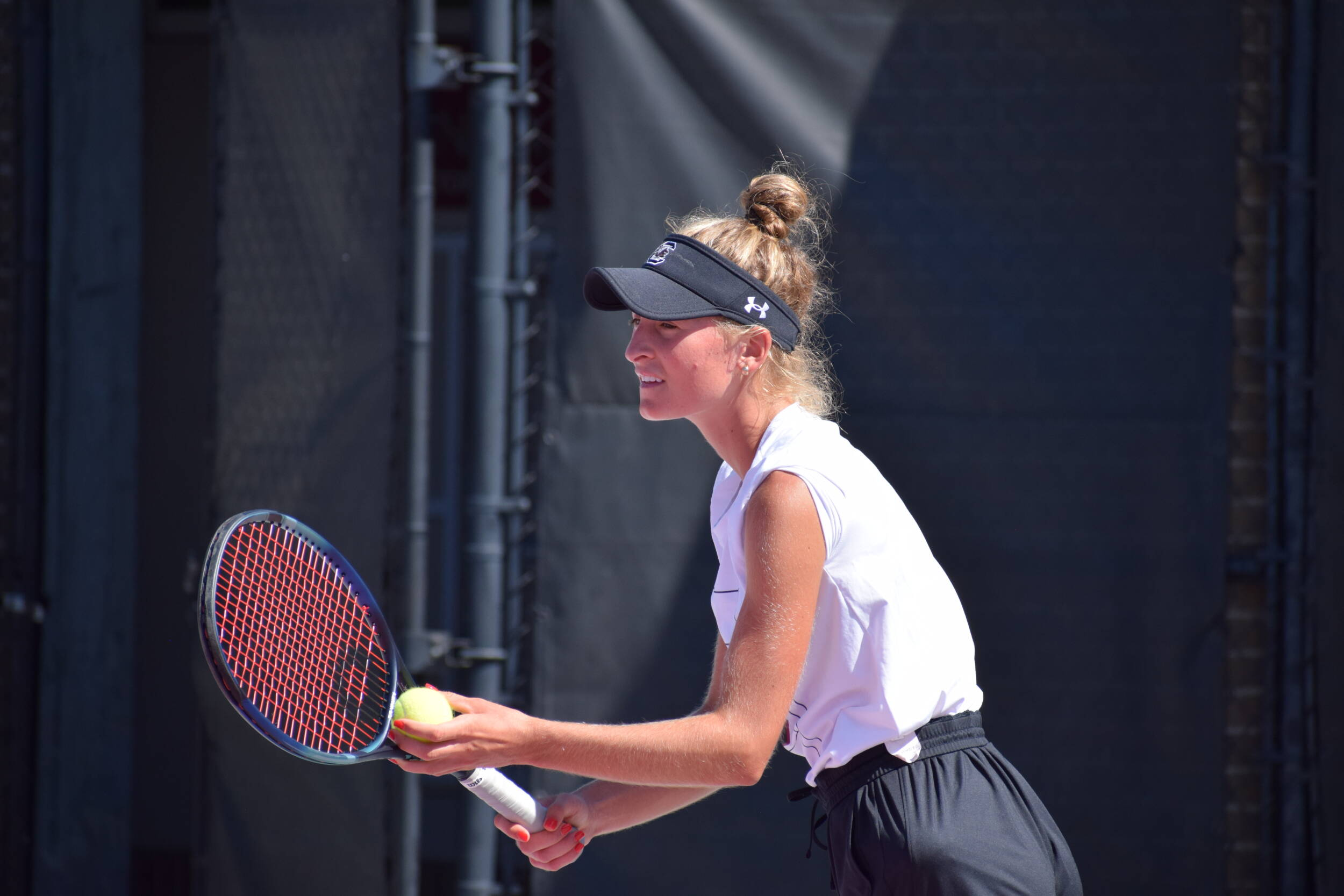 North Carolina – South Carolina women’s tennis concluded play at both the College Ranked Spotlight in Cary, N.C., and the Charlotte Invite in Charlotte, N.C. on Sunday.

At the Ranked Spotlight, South Carolina won both of their doubles matches of the day with No. T-60 duo Sarah Hamner and Ayana Akli upsetting the nation’s No. 24 pair. The Gamecocks defeated Irina Cantos Siemers and Sydni Ratliff of Ohio State with a strong 6-2 performance.

Cruz was the only Gamecock at the Spotlight to earn a singles win on the day, taking down Jaleesa Leslie of UCF with a comeback win. The Brazil native dropped the first set 1-6 but evened the match with a 6-3 second set. The third set was played as a ten-point tiebreaker with Cruz coming out on top 11-9.

At the Charlotte Invite, freshman Annie Jennings earned her first singles win of the weekend. Jennings defeated Maddie Brown of Charlotte in straight-sets 6-4, 6-4.