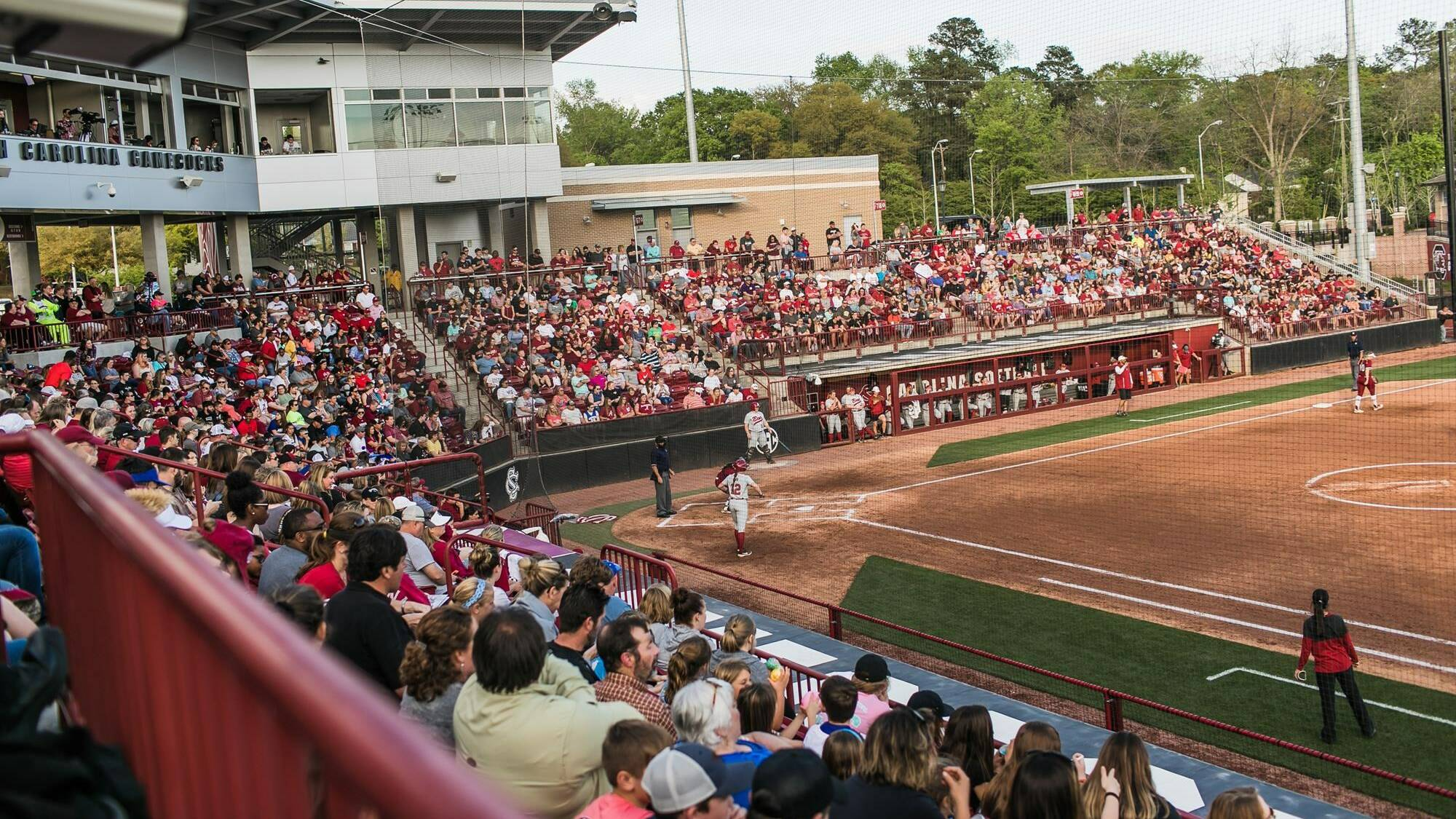 BIRMINGHAM, Ala. – The Southeastern Conference announced the conference schedule this afternoon (Thursday, Sept. 29) for the 2023 softball season. The Gamecocks will open their SEC schedule at home against LSU March 10-12.

Conference play begins March 10 and runs through May 7. The regular-season conference schedule includes eight, three-game series for each team for a total of 24 games. The schedule is subject to change, including the move of some conference series to conclude on Mondays.

Following the opening weekend series against LSU, the Gamecocks head to Mississippi State for a March 17-19 matchup. After a bye week, South Carolina returns to Beckham Field for a home series against Florida, March 31-April 2.

The Gamecocks head to Alabama for a series with the Crimson Tide April 7-9. Carolina is back home for a rematch with 2022 SEC Tournament opponent Texas A&M April 14-16. The alternating home-road schedule continues the following week when the Gamecocks travel to Georgia for their series April 21-23.

South Carolina’s final home series of the season sees the Gamecocks take on Auburn April 28-30. The conference regular season comes to a close on the road for Carolina, May 5-7, when the Gamecocks travel to Tennessee.

The SEC Tournament is scheduled for May 9-13 at Bogle Park in Fayetteville, Ark.

The non-conference portion of the schedule as well as game times and television designations will be announced at a later date.

Season tickets for the 2023 season will go on sale at a later date. When announced, ticket information can be found here.

May 5-7: South Carolina at Tennessee 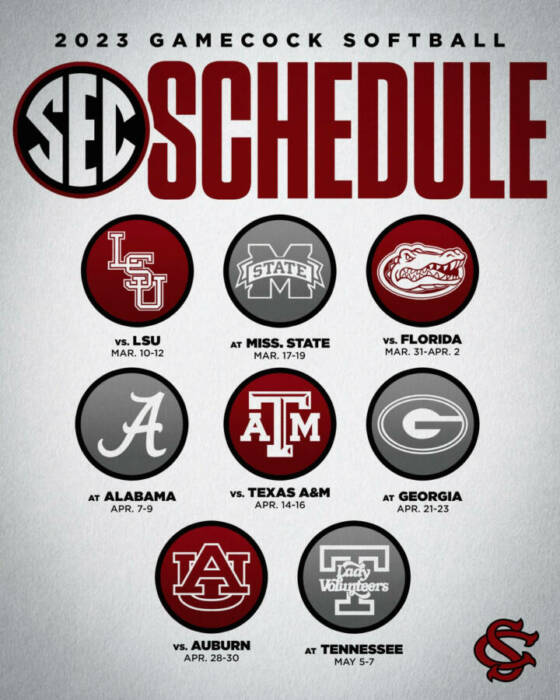