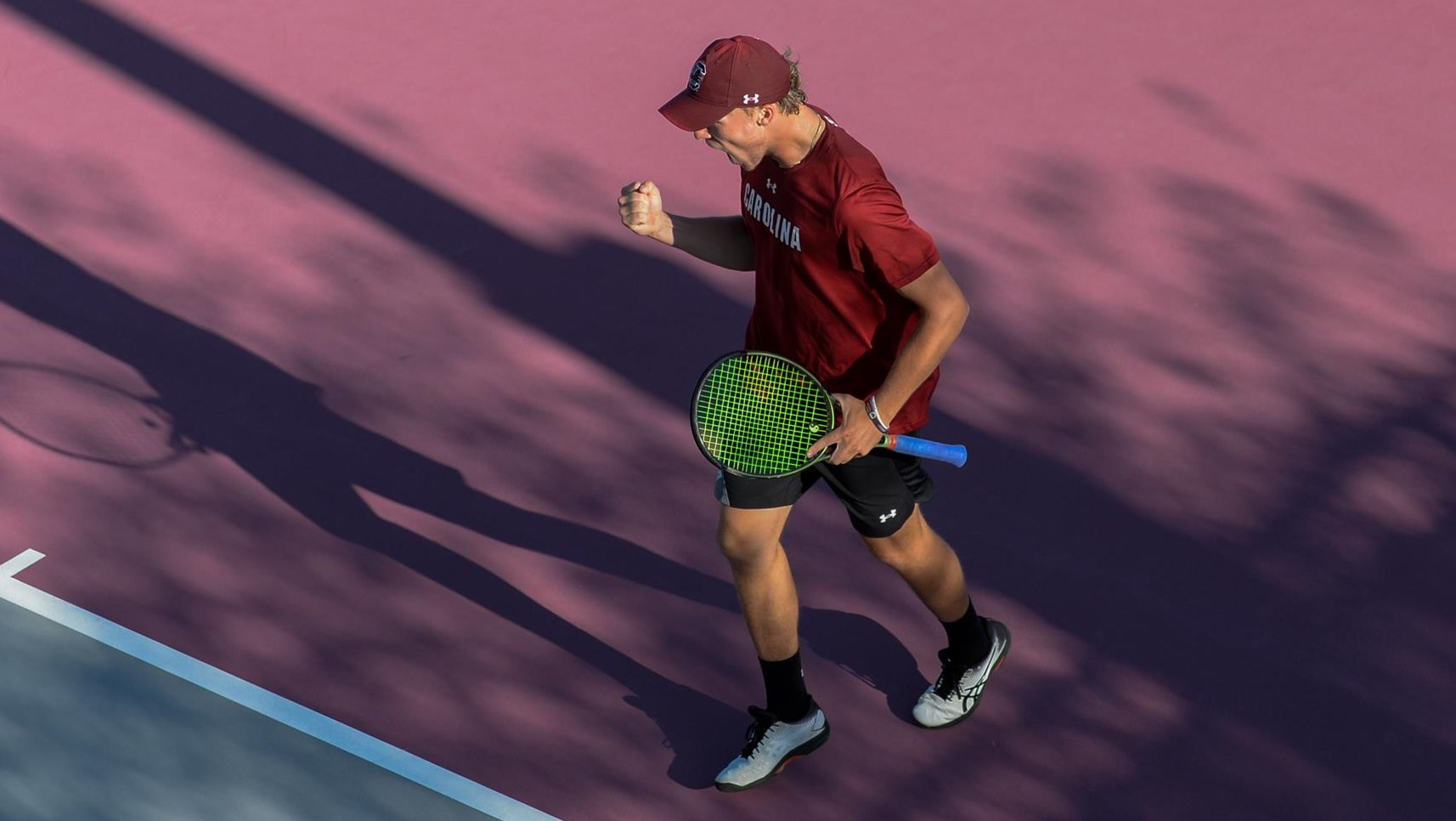 Tulsa, Okla. – South Carolina men’s tennis began pre-qualification rounds at the ITA All-American Championships in Tulsa, Okla., on Saturday. The Gamecocks split the day with two players advancing to the second and third rounds and two players falling out of the draw in the first round.

In the first round, junior James Story took down Eduardo Cohen of UNLV in straight sets; 6-4, 6-1. Sophomore Casey Hoole also earned his win in straight sets, taking down Adam Duan of Wake Forest 6-3, 6-4.

The sophomore was dominant in his second-round match, winning it 6-2, 6-0 over Nebraska’s Mikhail Korkunov. Hoole will play his third pre-qualifying match tomorrow at 11:30 a.m. ET against an opponent to be announced.

Story had a battle in his second round match, dropping a first set tiebreaker before winning a second set tiebreaker to force a third set. In the third, the Gamecock was unstoppable, taking the set 6-2 over Fons Van Sambeek of NC State. He will take on Florida’s William Grant tomorrow at 11 a.m. ET in the third round of pre-qualifications.

Jake Beasley and Carter Morgan, who both dropped their first-round matches in three sets, will each play one consolation match tomorrow at 8 a.m. ET.

The ITA All-American Championships will continue through October 9 in Tulsa, Okla.