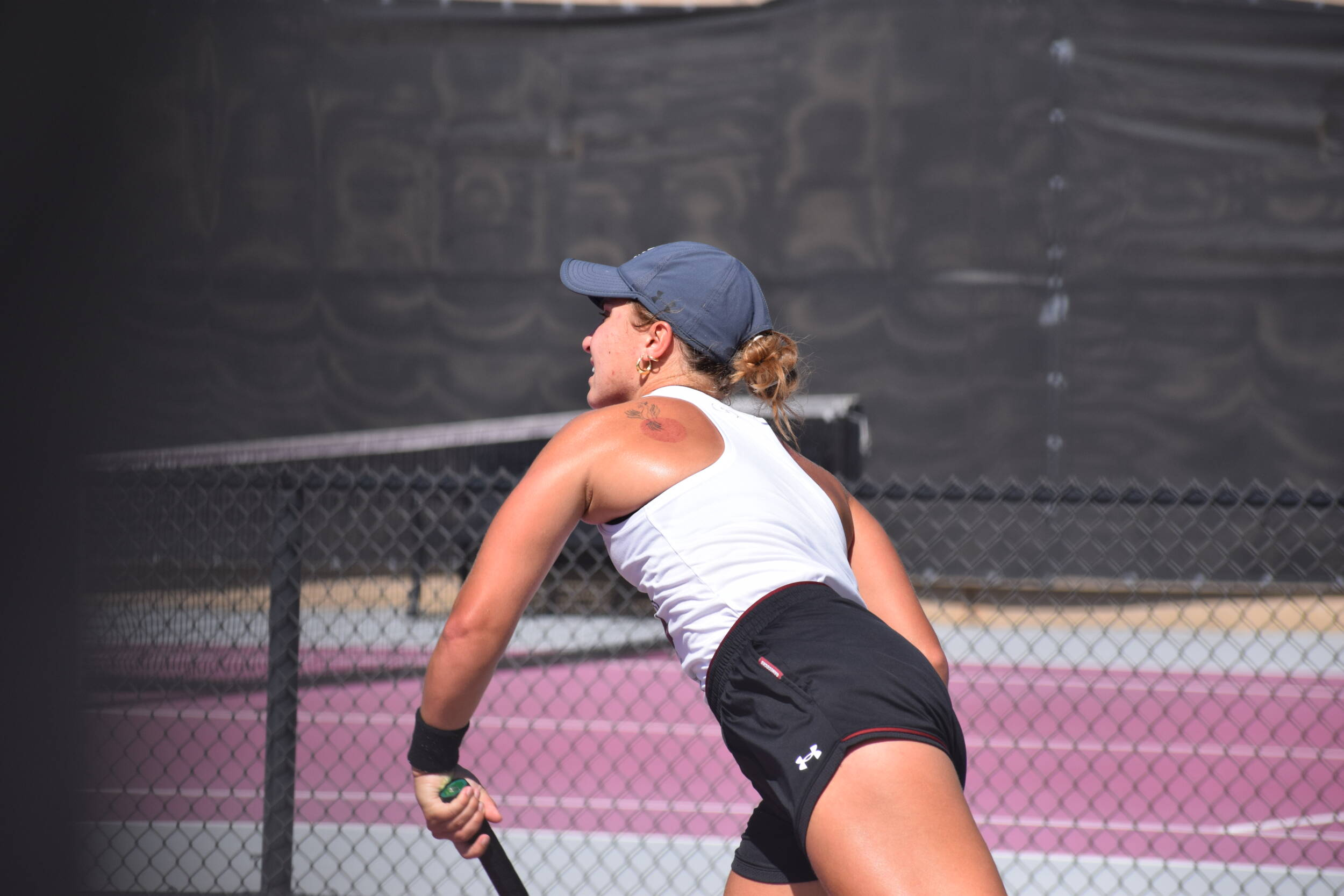 The day started in singles where sophomore Misa Malkin and senior Ana Cruz both began in the main draw round of 64. Malkin and Cruz both advanced to the round of 32 with straight sets wins over their respective opponents. In the second round of singles both Gamecocks had three set battles to advance to the round of 16. Cruz earned her victory from behind after dropping the first set while Malkin won her first set but dropped her second and had to earn her victory in a decisive third set.

In doubles, the Gamecocks were perfect in both the A1 and A2 doubles draws. In the A1 draw, sophomore Sarah Hamner and freshman McKenna Schaefbauer teamed up to take down Noa Boyd and Amila Jusufbegovic of Charleston Southern 8-4. Also in the A1 bracket were Allie Gretkowski and Gracie Mulville who took down Wofford’s Lily Woods and Georgia Fischer 8-3.

In the A2 doubles draw, seniors Cruz and Ayana Akli defeated Gardner-Webb’s Maria Jardim and Emilia Roslund in a dominating 8-2 set. Senior Elise Mills paired up with Malkin against Lucia Aranda and Emma can Poppel of Charlotte. The Gamecocks came out on top 8-3.

Play will continue at the Regional Championships on Friday beginning with doubles at 9 a.m. Full draws and match times can be found on the tournament webpage. Selected matches will be live streamed here and court assignments can be found here.