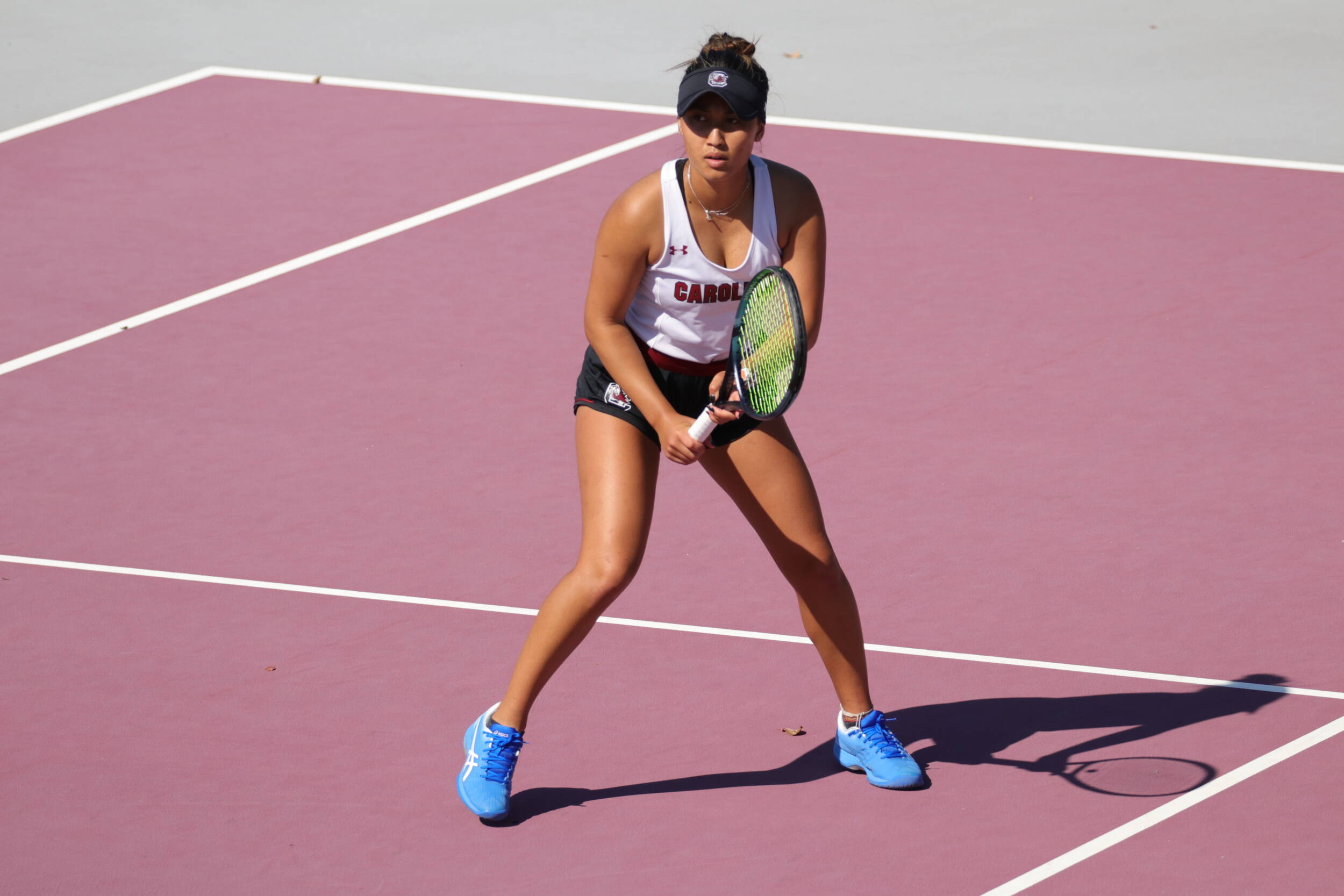 Sophomore Gracie Mulville earned the first win of the day for South Carolina. She took down Marshall’s Sophia Hurrion in straight sets 6-4, 6-2. This was Mulville’s first win of the fall season after battling injury throughout the beginning of the season.

Freshman Annie Jennings was the next Gamecock to earn a win. She defeated Marshall’s Gabrielle Clairotte with an efficient 6-2, 6-2 score. Jennings earned six singles wins through the fall season.

Fellow freshman McKenna Schaefbauer also earned a win, hers in a three-set comeback. Schaefbauer dropped her first set 1-6 but took the next two 6-3 and 6-4 to win the match.

Sophomore Misa Malkin earned the last win of the day with a gritty three-set match that lasted nearly two and a half hours. Malkin had a close first set that had to be settled in a tiebreak where she fell 4-7. Malkin was able to even the match with a 6-4 second set and closed the competition with a 7-5 third set.

Sophomore Sarah Hamner will conclude the fall season for the Gamecocks at the ITA Fall National Championships, Nov. 3-6. The Championships will take place at the Barnes Tennis Center in San Diego, California.