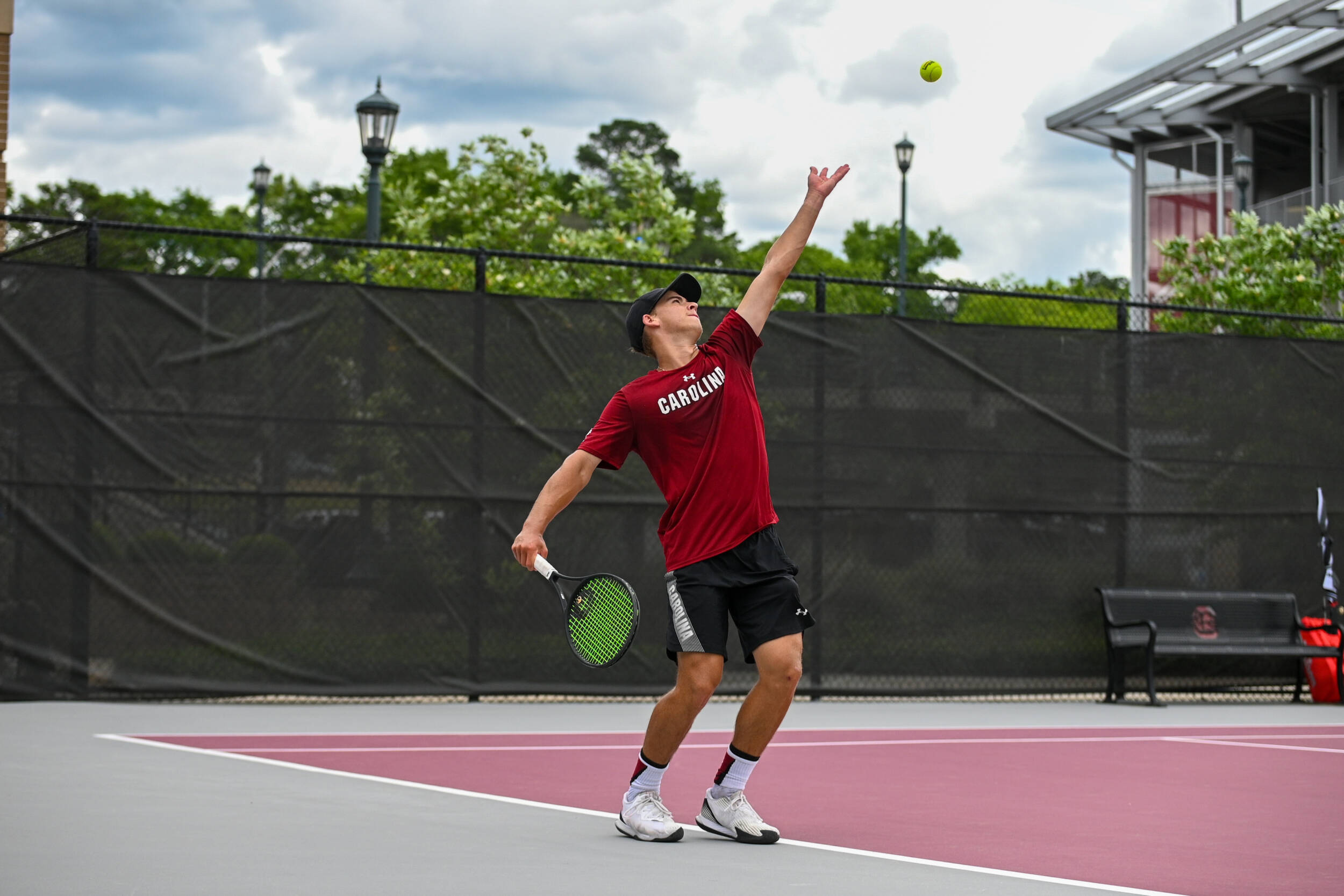 The Brisbane, Australia, native currently leads the team with a 13-2 record through the fall season. He’s currently on a seven match win streak and earned his first career ranked wins at the Carolina Regionals over Nos. 60 and 80. Of Hoole’s thirteen wins, nine of them came in straight sets with Hoole only allowing his opponents an average of 2.3 games per set.

Hoole will face No. 23 Alexander Hoogmartens of UCLA in the first round beginning at 12 p.m. ET. Hoogmartens earned his spot in the draw after finishing as the runner-up at the Southwest Regionals.

Hoole is the first Gamecock to play in the Fall National Championships since Daniel Rodrigues and Raphael Lambling both earned entries into the singles bracket in 2019. In the tournament’s five year history, the furthest that a Gamecock has advanced was in 2018 when Paul Jubb advanced to the quarterfinals from a field of 64.