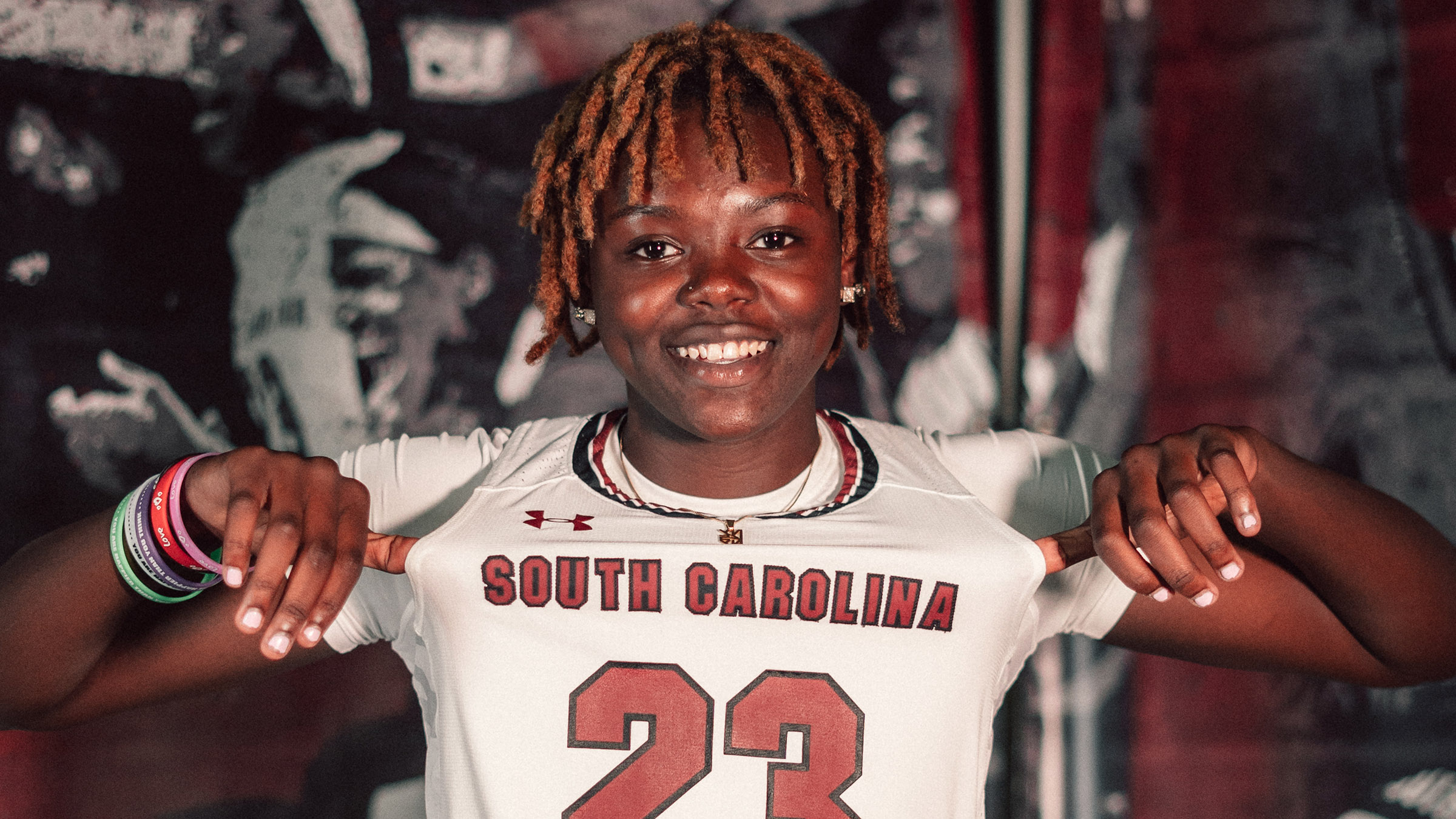 COLUMBIA, S.C. – South Carolina head women’s basketball coach Dawn Staley announced that Sahnya Jah (Monteverde, Fla./Monteverde Academy) has signed a National Letter of Intent to attend the University and play for the Gamecocks. The 6-foot-1 wing will have four years of eligibility beginning with the 2023-24 academic year.

“Sahnya is incredibly athletic,” Staley said. “She’s fearless, competitive and a true winner. Her ability to impact the game on both sides of the ball will have all of Gamecock nation rocking in Colonial Life Arena next season.”

Ranked No. 40 in the Class of 2023, Jah made the move to Monteverde after playing three seasons at Bishop McNamara in Forestville, Md., with an eye on helping Monteverde go back-to-back at the GEICO High School National Championship. She is a long, versatile wing with range and the ability to score off the dribble. Jah thrives in an up-tempo style on both sides of the ball as an aggressive defender and rebounder.