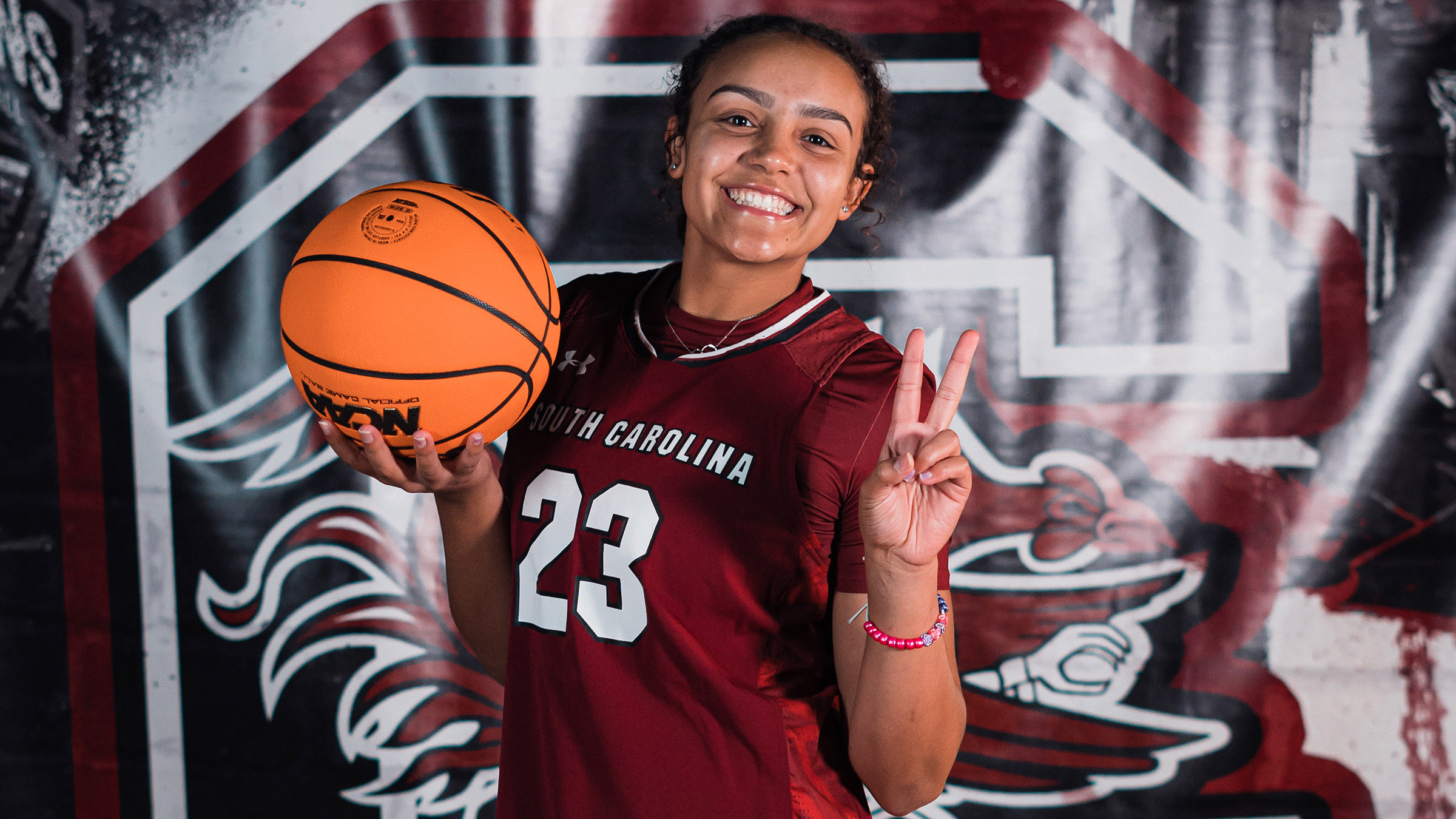 COLUMBIA, S.C. – South Carolina head women’s basketball coach Dawn Staley announced that Tessa Johnson (Albertville, Minn./Saint Michael Albertville) has signed a National Letter of Intent to attend the University and play for the Gamecocks. The 5-foot-10 guard will have four years of eligibility beginning with the 2023-24 academic year.

“Tessa is a well rounded player who uses her perimeter ability and size to play multiple positions,” Staley said. “She is a proven perimeter scorer at three levels. We anxiously await her skill set that allows her to not only complement but elevate her future Gamecock teammates’ play.”

Ranked the No. 25 player overall in the Class of 2023, Johnson is already a 1,000-point scorer at Saint Michael despite missing the 2020-21 season with an injury. She earned Class 4A First-Team All-State honors from the Minnesota Girls Basketball Coaches Association in 2022 following a junior year that saw her post 23.4 points, 5.7 rebounds, 3.9 assists and 2.8 steals per game. Saint Michael capped a 24-8 season as the 2022 Class 4A State Runner-Up.

Johnson is the first signee of the Gamecocks’ 2023 class.