Molly Joseph knows she isn’t alone when it comes to struggling with mental health, and South Carolina’s senior cross-country runner put her best foot forward in the hopes that others know it, too. Joseph, who has struggled with an eating disorder and depression, made several hundred green ribbons, which is the international symbol for mental health awareness, and asked her fellow student-athletes at all of the Southeastern Conference schools if they would like to wear them at the conference meet that was held on October 28 in Oxford, Mississippi.

“I just want to help others and let them know that you’re not alone in this,” said Joseph, who was diagnosed with a binge-eating disorder, depression, and bulimia just prior to starting college. “One of my biggest goals this year was to qualify with my team for the SEC Championship. That’s been a dream of mine, and I made it. This year’s meet fell on the anniversary date that I hit rock bottom (two years before).

“I am someone who struggled with an eating disorder and recently came out of it where I could compete. Now I’m in a place where I really want to help others. I had the resources to help me here at South Carolina, and I used them. I’m very fortunate to go to a university that puts so much emphasis on it. I realize how far I have come.”

Joseph had recently become involved as an ambassador with the nonprofit organization The Hidden Opponent, which advocates for student-athlete mental health. She is also co-chair of the Mental Health Committee within South Carolina’s Student-Athlete Advisory Committee.

“I’m a part of these group meetings with student-athletes who, like me, have struggled and are current and past student-athletes from across the country,” said Joseph, who noted the group meets virtually on a monthly basis. “As a ‘campus captain’ for The Hidden Opponent, I have to do one event, project, social media post or something like that each month to raise awareness.”

Joseph thought that a simple gesture of wearing a green ribbon on uniforms can go a long way, so on the day of the SEC Championship, she walked from tent to tent of each of the teams prior to the race and simply asked if they would consider wearing them.

“I ordered 400 green ribbons with little pins on them and made little bags for every men’s and women’s team,” said Joseph, who is studying public health with a minor in business. “My goal was to really focus on the women’s teams and get as many of them to wear it as I could. I wanted to get the conversation going as much as possible. My goal was to bring all the athletes together and have it be an athlete-driven initiative instead of it being something they were told to do by their coaches.” 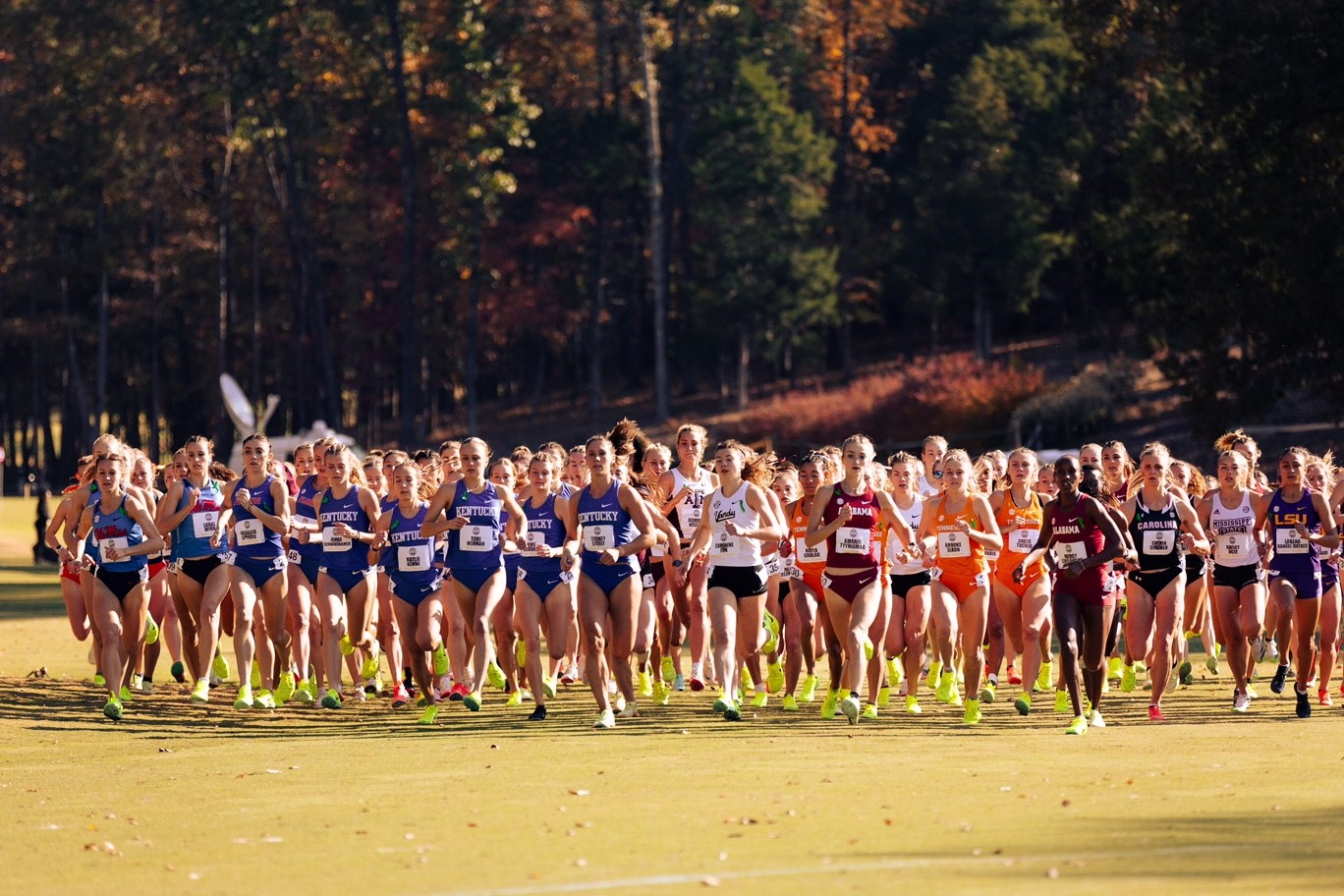 “I may not be fastest runner on my team, but I felt like I made a difference that day.”

While Joseph made a low-pressure ask of her colleagues, she was pleasantly surprised in the response as nearly every team fully participated.

“Most of the teams were extremely enthusiastic about it,” Joseph said. “The meet was on TV on the SEC Network, so it was great to see when the cameras were on the front of the pack, and you could see them all with green ribbons on. When you look at pictures from the event, almost every athlete had one on.

“It was really neat when I got to the starting line and saw how many people did it. After the race, I had so many people come up to me from different schools, thanking me for doing it. I had one person tell me that he had a teammate that had lost someone close to suicide, and that this meant the world to him. I may not be fastest runner on my team, but I felt like I made a difference that day.”

Joseph’s own struggles began in middle school and continued through high school and college. She eventually checked into a treatment center to help her with the eating disorder. While she has come a long way, Joseph continues with her own fight, but she knows she is not alone.

“I’m not cured,” Joseph said. “I still struggle to this day; not as much as I used to do. I know I have support around me. Having that shift in my mentality has helped.”

As she transitions to track and field season in the spring, Joseph looks forward to not only progressing as a student-athlete but continuing to help others struggling with their own mental health. She plans on getting the entire track team involved in support of the cause.

“As student-athletes, we put a lot of pressure on ourselves to be at our best all the time,” Joseph said. “You’re not always going to be your best every single time. It’s OK to not be OK. You’re not the only one to go through whatever you’re going through. This came to me one day when I was on a run. I’m not trying to get better every day to be the best, I’m giving my best every day to get better.”