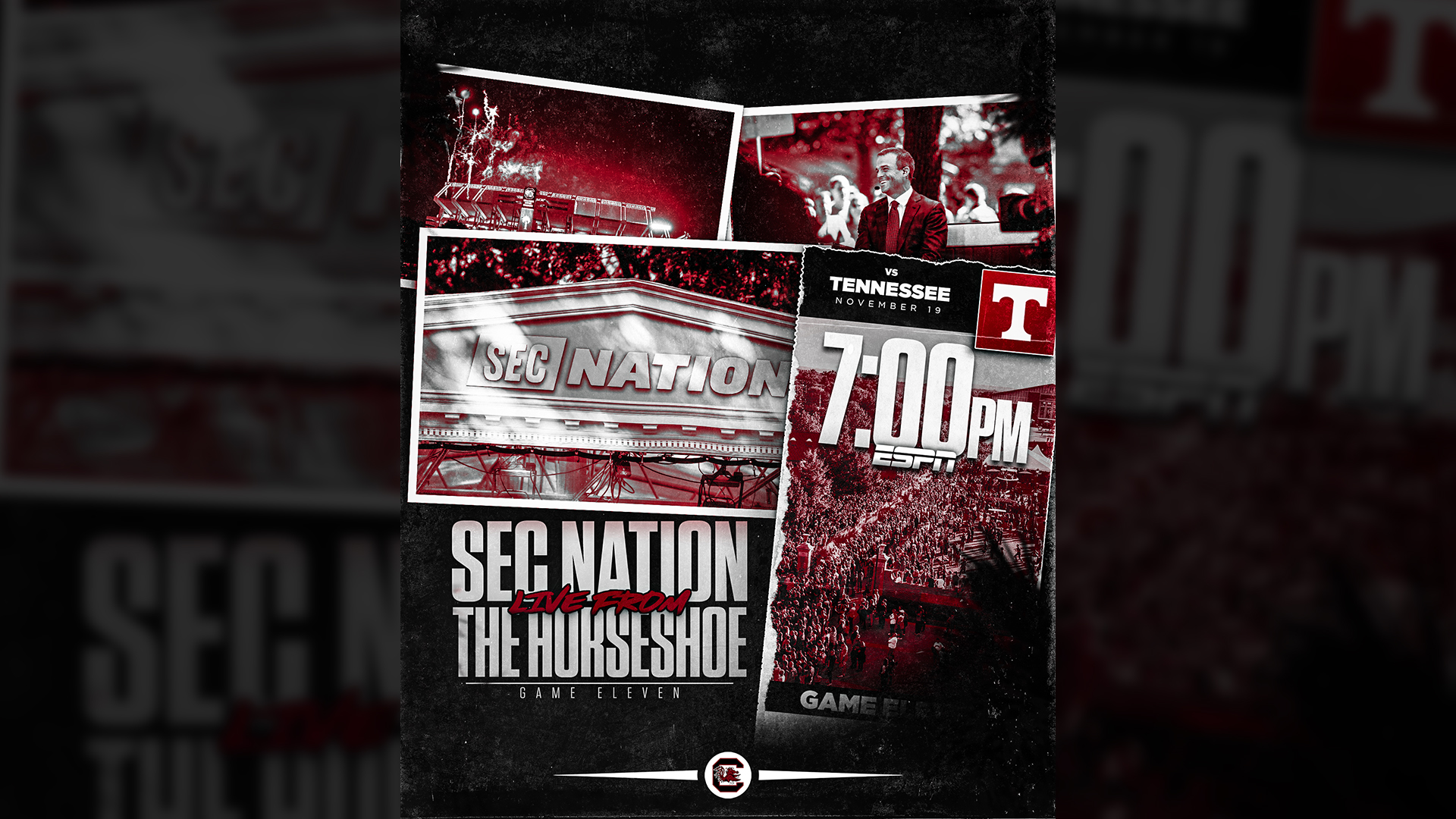 Gamecocks Host No. 5 Tennessee in Final Home Game of 2022

The South Carolina Gamecocks (6-4, 3-4 SEC) wrap up their 2022 home schedule and their 2022 Southeastern Conference slate when they host the No. 5/5 Tennessee Volunteers (9-1, 5-1 SEC) in an SEC Eastern Division showdown at Williams-Brice Stadium in Columbia, S.C. on Saturday, Nov. 19. Game time has been set for 7 pm ET.

OVER THE AIRWAVES: This week’s contest will be televised nationally by ESPN. Chris Fowler (play-by-play) and Kirk Herbstreit (analyst) will be in the booth while Holly Rowe works the sidelines for the mothership. The contest is also being broadcast on national radio as the Learfield College Football Saturday Night game with Sloane Martin providing the play-by-play and Mike Golic Jr. serving as the analyst. The Gamecock Radio Network features Todd Ellis as the play-by-play voice with Tommy Suggs providing the color commentary. Jamar Nesbit patrols the sidelines for the Gamecock Radio Network.

SEC NATION IN THE HOUSE: SEC Network’s weekly, traveling pre-game show, SEC Nation Presented by Academy Sports + Outdoors, will originate from The Horseshoe on the Carolina campus from 10 a.m. – noon ET, Saturday, Nov. 19, on SEC Network. Laura Rutledge hosts SEC Nation, joined by Paul Finebaum, Roman Harper, Jordan Rodgers and Tim Tebow for a weekly breakdown of the SEC football action to come. Additionally, Marty & McGee Presented by Old Trapper will be live on Saturday morning from 9-10 a.m. ET, The Horseshoe will also be home to The Paul Finebaum Show Presented by Johnsonville, with #FinebaumFriday live from 3-7 p.m. ET.

GAMECOCK REWIND: The Gamecocks opened the season with a non-conference win over Georgia State, then dropped a pair of SEC contests to ranked opponents, first at No. 16 Arkansas, then at home to top-ranked Georgia. The Gamecocks then put together a four-game winning streak, their longest since winning six in a row to end the 2013 season, including back-to-back conference wins at No. 13 Kentucky and at home versus preseason top-10 Texas A&M. After a disappointing home loss to Missouri, the Gamecocks bounced back with another road win at Vanderbilt, their fifth win in six games, becoming bowl-eligible for the second-straight season under head coach Shane Beamer. Carolina will be looking to rebound again following a 38-6 loss to Florida in The Swamp last week in the first leg of their regular-season ending “Orange Crush” stretch in which they play Florida, Tennessee and Clemson in successive weeks. No one in the country finishes the regular season with a tougher slate than South Carolina, as they host fifth-ranked Tennessee (9-1) and travel to ninth-ranked Clemson (9-1) in back-to-back games to end the 2022 regular season.

A LITTLE HISTORY: 2022 marks the 129th season of intercollegiate football at the University of South Carolina, dating back to 1892. It is the 116th-consecutive year in which Carolina has competed on the gridiron. The University did not field a team in either 1893 or 1906. Carolina owns an all-time record of 627-605-44, a .509 winning percentage.

THEY COME TO SEE THE GAMECOCKS PLAY: With a sellout announced for the Tennessee game, South Carolina will have sold out all five of its Saturday home games this season, generating crowds of 78,297 in the season opener against Georgia State, 78,212 against top-ranked Georgia, 77,982 versus Charlotte, 77,837 against Texas A&M and 77,578 versus Missouri. The only home game not sold out this season was the South Carolina State game, which was moved from Saturday to Thursday earlier that week due to Hurricane Ian. The Gamecocks rank 16th in the country in average attendance at 75,243. 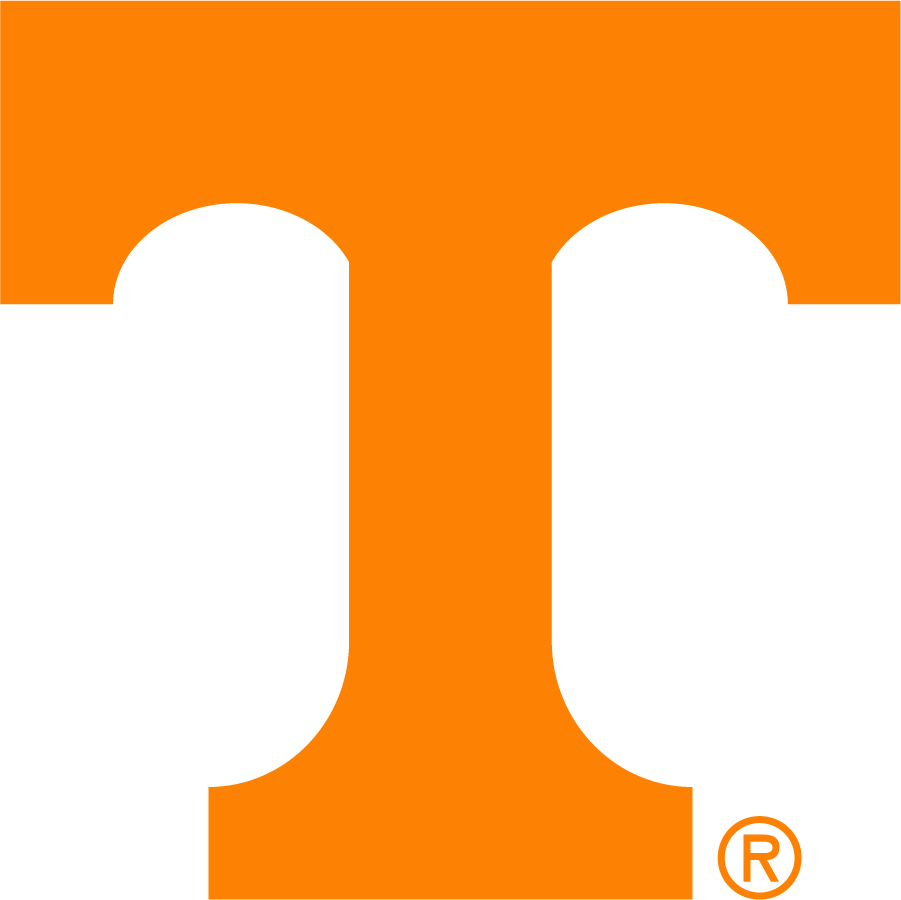 This is the 41st gridiron meeting between the Gamecocks and Volunteers in a series that dates back to 1903. Tennessee leads the all-time series, 28-10-2, including a 10-7-2 mark in Columbia and an 18-3 advantage in Knoxville. The teams have met every year since Carolina joined the SEC for the 1992 season, with the Volunteers winning 21 of the 30 meetings as conference rivals. The Gamecocks defeated Tennessee just three times in a 105-year period from 1903-2007, but have won seven times in the last 14 years from 2008-21, including three of the last six contests.

THE LAST TIME THEY MET: Tennessee scored early and often in a 45-20 win over the Gamecocks in Knoxville on Oct. 9, 2021. The Volunteers put up 28 first-quarter points and scored the first 35, taking a 38-7 lead into intermission. Hendon Hooker was 17-of-23 for 225 yards with three touchdown passes and added 66 yards on 20 carries on the ground to lead UT. Luke Doty was 19-for-31 for 167 yards to Carolina. The Vols rolled up 472 yards of offense to 370 for the Gamecocks.

THE LAST TIME THEY MET HERE: The Gamecocks opened the 2020 season at home on Sept. 26 and dropped a hard-fought 31-27 decision to No. 16/21 Tennessee. Carolina drove right down the field on its first possession to take a 7-0 lead. The Vols scored the next three touchdowns to open up a 21-7 advantage early in the third quarter, but the Gamecocks stormed back to tie the game at 21 and again at 24. Jarrett Guarantano hit Josh Palmer on a 32-yard scoring strike with 9:35 left in the contest for a 31-24 UT lead. The Gamecocks would get a Parker White 45-yard field goal with 3:16 to play, but after the defense got a late stop, a special teams miscue cost Carolina a final chance to score. The yards gained was pretty even, with UT outgaining the Gamecocks, 394-379, but the Vols won the turnover battle 2-0. Collin Hill completed 25-of-39 passes for 290 yards, with Shi Smith on the receiving end of 10 passes for 140 yards.

LAST GAMECOCK WIN: Jake Bentley threw for 152 yards and a touchdown, Rico Dowdle rushed for 140 yards and a score, and the Carolina defense stopped Tennessee on downs twice in the final quarter as the Gamecocks rallied from a 12-point deficit for a 27-24 win in Columbia on Oct. 27, 2018. Parker White’s 25-yard field goal with 5:52 remaining proved to be the difference.

GOOD OL’ ROCKY TOP: Head coach Shane Beamer and offensive coordinator Marcus Satterfield were Tennessee G.A.’s in 2002 and 2003 under Phillip Fulmer. Running backs coach Montario Hardesty is a former UT running back, a 2009 grad and worked for the Vols in 2018 as a quality control coach. Offensive line coach Greg Adkins served on the UT staff from 2003-08. Kristin Coggin, RD, LD, Director of Football Nutrition, is a Pulaski, Tenn., native who was part of the Lady Vols rowing team. Defensive analyst Shaq Wilson and assistant strength coach Byron Jerideau, a pair of Carolina grads, both returned to their alma mater a year ago after a three-year stint with the Vols as assistant directors of sports performance. Tight end Nate Adkins graduated from Bearden High School in Knoxville.

BEATING A RANKED OPPONENT: South Carolina’s last win over a ranked opponent came earlier this season when they knocked off 13th-ranked Kentucky in Lexington by a 24-14 score. The last win over a ranked opponent at home came in the 2020 season when Carolina upset Auburn 30-22. Shane Beamer is 1-4 as a head coach against Top-25 teams, falling at No. 2 Georgia and at No. 17 Texas A&M during the 2021 campaign, then losing at 16th-ranked Arkansas and at home to top-ranked Georgia earlier this season before posting the aforementioned win at Kentucky.

THE LAST TIME OUT: Florida scored on each of its first four possessions to open up a 24-0 lead and never looked back in a 38-6 victory over South Carolina in The Swamp last Saturday. The Gators dominated on both sides of the ball, rolling up 515 yards of offense including 374 on the ground, to just 237 total yards for the Gamecocks. Carolina also turned the ball over three times in four plays to open the second half, thwarting any possible comeback bid.

DOWN AND OUT: The Gamecocks went into The Swamp short-handed, as their top two running backs, MarShawn Lloyd and Christian Beal-Smith did not make the trip to Gainesville. Lloyd has missed each of the last two contests with a deep thigh bruise, while Beal-Smith has been limited all season with injuries.

BELL IN THE BACKFIELD: With MarShawn Lloyd and Christian Beal-Smith both sidelined, the versatile Jaheim Bell has become RB1. He has 28 carries for 86 yards in the last two games, rushing 16 times for 56 yards at Vanderbilt and carrying a dozen times for 30 yards at Florida. Prior to the game at Vandy he logged just 19 carries all season.

KAI CAN DO IT ALL: Punter Kai Kroeger continues to impress, not only with his leg, but with his arm. A six-time “Ray’s 8” weekly selection by the Ray Guy Award this season, Kroeger is also a perfect 3-for-3 passing in 2022 for 84 yards, including a 48-yard touchdown pass to Dakereon Joyner at Florida. Kroeger is now 5-for-5 in his career passing for 150 yards and two touchdowns.

IT WOULD BE EPIC: Tennessee enters this week’s game ranked fifth in the Associated Press poll. The Gamecocks have six wins against top-5 teams in their history. If Carolina is able to pull off the upset, it would be its best win since upsetting Georgia in Athens by a 23-20 score in overtime in 2019 and the best home win since topping No. 5 Georgia 35-7 in 2012.

FOR STARTERS: The Gamecocks have used 40 different starters on offense (19) and defense (21) this season, ranking in a tie for seventh in the FBS in number of players making starts this season.

TURNOVERS WIN GAMES: After recording just one takeaway through the season’s first three games while posting a 1-2 record, Carolina recorded 10 turnovers in its next four contests, all wins, including back-to-back three-interception games against Charlotte and South Carolina State, marking the first time since 2013 that they recorded three INTs in back-to-back games. They did not force a turnover in the loss to Missouri, but came up with four turnovers in the win at Vandy. They lost the turnover battle 3-1 at Florida. The Gamecocks are 5-0 this season when winning or breaking even in the turnover battle and 1-4 when committing more turnovers. They are plus-3 in turnovers in their six wins and negative-10 in their four losses.

MISSING YOU: The Gamecock defense has had to overcome some key injuries with two starters, edge rusher Jordan Strachan and linebacker Mohamed Kaba, suffering season-ending ACL tears at Arkansas. Defensive back David Spaulding is out for the remainder of the season after undergoing foot surgery. Edge rusher Terrell Dawkins underwent knee surgery after the Georgia game and has not played since.

LOOKING AHEAD: The Gamecocks wrap up the 2022 regular season when they travel to the Upstate to face the No. 9/9/ Clemson Tigers in the annual Palmetto Bowl on Saturday, Nov. 26.