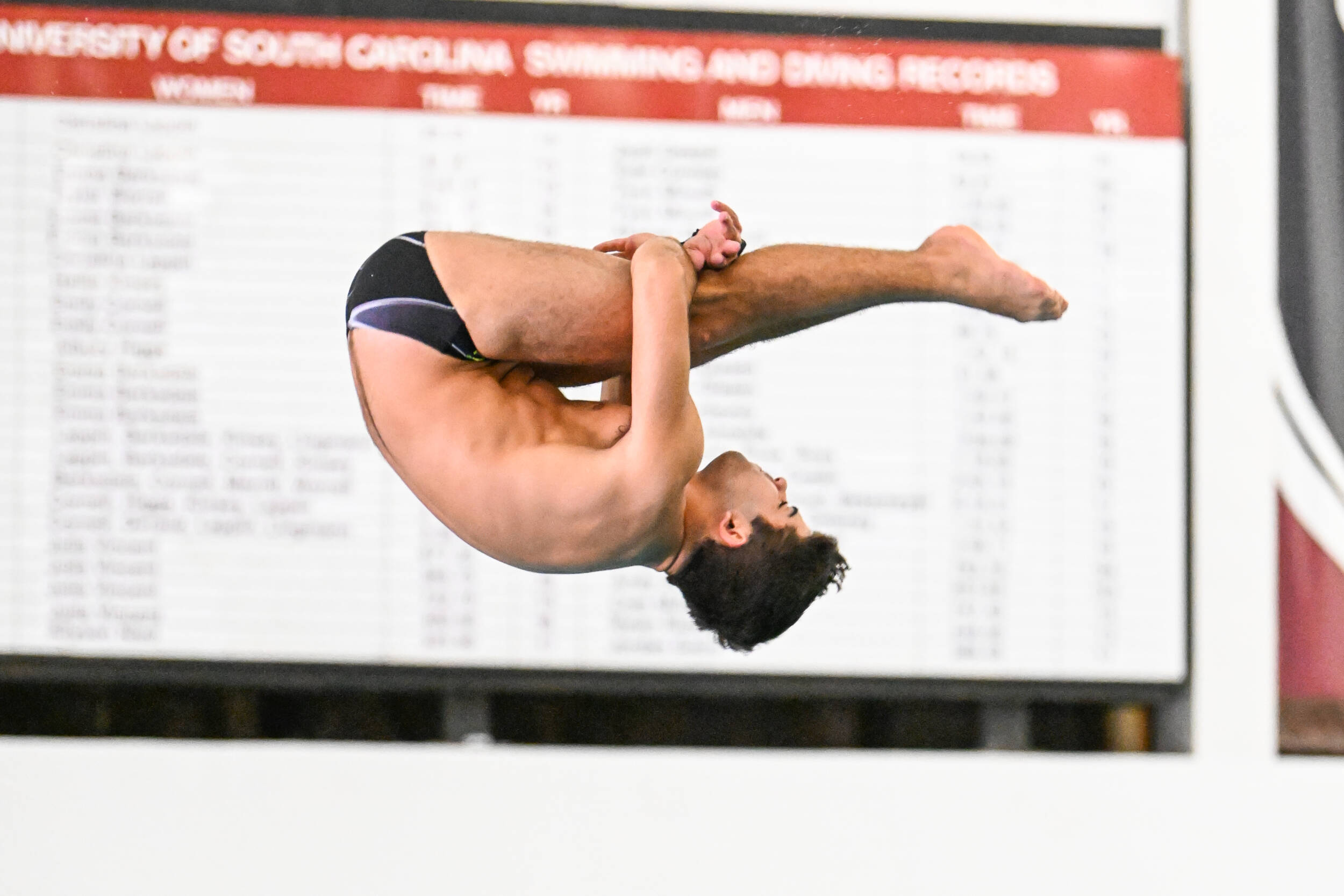 Manny Vazquez Bas placed second in his first platform event of the season. The senior earned 383.80 points through his six dives. His best dive of the event was his first one where he earned 73.50 points on a reverse two and a half somersault pike. His next highest scoring dive was his inward three and a half somersault tuck that earned him 68.80 points.

South Carolina’s divers will be in action next at the USA Diving Winter Nationals from December 14 through the 18. The event will be held in Morgantown, West Virginia, at the Aquatic Center at Mylan Park.